“And in particular, whether we might need specific types of shots for any variant?” he asked.

Fauci said officials have been following the issue “very closely” ad explained how they are apparently doing so:

“Because as I’ve said in answer to questions on previous press conferences — similar questions — is that you follow individuals for a period of time after the third dose and you measure a number of phenomenon. You measure laboratory phenomenon, but you measure the real-world data on the efficacy in preventing, for example, hospital visits, as well as hospitalizations. And I believe that you’re going to be hearing data about that as they — data become available. And that should not be within a very long period of time

“I think you should be appreciative of the fact that when you’re talking about any decisions that will be made — and I’m not anticipating any of that now — but that has to be put into the context of whom you’re talking about,” he continued, explaining that some individuals receiving the mRNA shots may beed another booster shot.

“For example, there may be the need for yet again another boost — in this case, a fourth-dose boost for an individual receiving the mRNA — that could be based on age, as well as underlying conditions,” he said.

Dr. Anthony Fauci is mystified that the booster shot rate in the U.S. is lagging, telling reporters Wednesday, “I don’t have an easy explanation for that.” https://t.co/ITV6bHb2jF

“So, I don’t think you’re going to be hearing, if you do, any kind of recommendations that would be across the board for everyone,” Fauci added. “It very likely will take into account what subset of people have a diminished, or not, protection against the important parameters such as hospitalization.”

His remarks come as blue state leaders finally follow the lead of states such as Florida and lift remaining restrictions in their respective states, including the masking of children in schools.

This week alone, states such as Delaware, Connecticut, and New Jersey announced the end of state-sanctioned masks in schools. 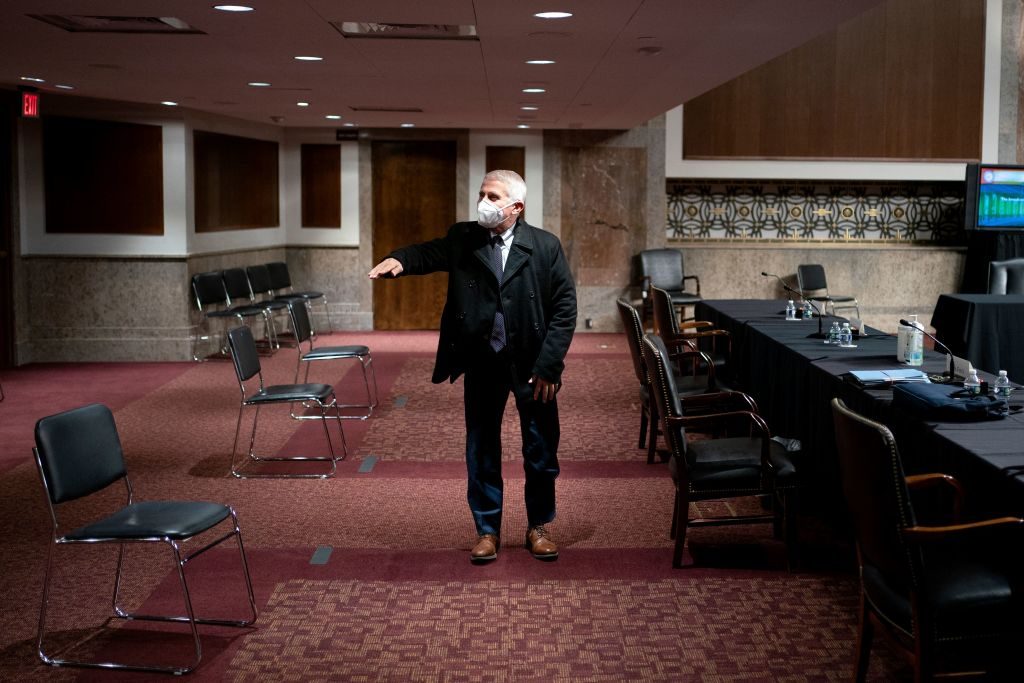 On Wednesday, New York Gov. Kathy Hochul (D) announced the end of the state’s mask mandate on businesses as well.

In a recent interview with the Financial Times, Fauci said the U.S. is heading out of the “full blown” phase of the pandemic, although just last month, he suggested  that the world was still in the first of four stages of the pandemic.