“As co-chair of the National Republican Redistricting Trust, Chris Christie was tasked with overseeing the redistricting process for the Republican Party and has been a complete failure in the role,” Donald Trump Jr. told Breitbart News about the GOP’s overall performance.

Republicans were hoping many Republican-controlled states would be more aggressive and shape maps favorably for Republican candidates, just like Democrat-controlled legislatures have done. Yet Democrats are doing “weirdly well” in redistricting battles throughout the nation, according to New York magazine. Democrats have greatly curtailed the GOP’s overall 2022 midterm momentum in Maryland, New York, California, Oregon, New Jersey, and Illinois, while Republicans have struggled to eke out wins in Iowa, Kansas, and Ohio.

Dave Wasserman, senior editor of the Cook Political Report, has even noted that Democrats will win a two-to-three seat advantage overall in redistricting battles, where Republicans were expected to dominate. State redistricting is important because it shapes congressional House districts for the next ten years and will have a lasting impact on President Joe Biden’s presidency.

On Wednesday, Christie excused his performance by blaming Republicans for not winning enough judicial elections in individual states. “We can’t take for granted these Supreme Court elections and what impact they can have on the maps that are going to rule the country from a congressional perspective for the next decade,” he told Politico.

But Donald Trump Jr. told Breitbart News he holds Christie accountable for the defeats. “We’ve been getting destroyed by the Democrats at every turn, and instead of apologizing for the terrible job he’s done, he’s trying to scapegoat his failure on others,” Donald Trump Jr. said of Chris’s failures of combatting Democrat-controlled legislatures and soft Republicans:

“If Christie was half as focused on redistricting as he’s been on his future failing presidential campaign or the box of Twinkies he jams in his face each morning, then maybe Republicans would be in better shape today,” Donald Trump Jr. continued.

Many of the redistricting battles have been decided by the courts, such as in Pennsylvania and North Carolina. In both cases, Republicans suffered defeat at the hands of the National Democratic Redistricting Committee (NDRC), a political and legal organization that has combatted Christie’s legal efforts in individual states.

At the head of the NDRC is President Obama’s one-time attorney general, Eric Holder, who has implemented a “sue to blue” strategy. According to the Wall Street Journal, Holder has been extremely effective in using the court system to produce state maps that are “gerrymandered” — all the while accusing Republicans of gerrymandering their way to victory. 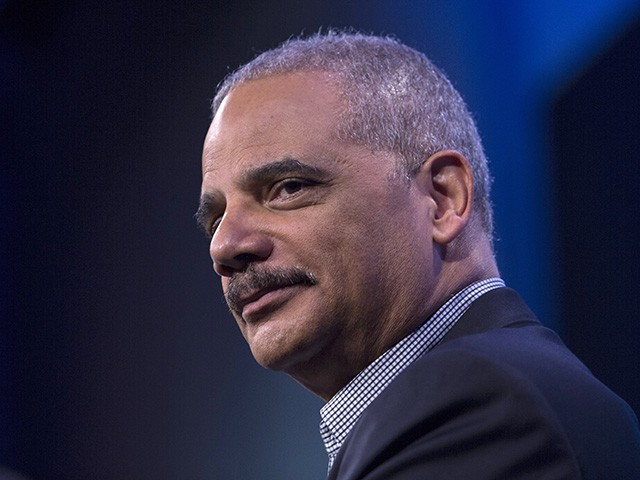 Christie’s NRRT has routinely been defeated and intimidated by Holder’s litigious tactics. In Pennsylvania, liberal justices in a 4-3 decision created a Democrat map from the “Carter Plan,” which was designed by a Stanford professor and proposed by Democrat plaintiffs. The map creates eight red districts and six blue districts with three districts as a tossup, according to FiveThirtyEight. Republicans were expecting a far greater win heading into state redistilling.

In North Carolina on Wednesday, a panel of judges decided with Democrats again and drew a map that would likely “split the congressional delegation evenly, a big boost for Democrats, who currently hold five out of 13 seats,” Politico acknowledged. The case will reportedly be appealed to the state’s supreme court.

It is not the first time Christie’s NRRT has been slammed for its weak performance. Veteran Republican strategist Karl Rove and senior adviser to the trust has been taken to task for underperforming. Eric Greitens of Missouri, former governor and Senate candidate Eric Greitens of Missouri, told Breitbart News in February that establishment Republican Rove has been a first-rate redistricting failure:

Let’s also not forget that Karl Rove was on the team that was tasked to ensure redistricting would not favor Democrats. His absolute failure has led to the current redistricting mess in the Missouri legislature where liberals are trying to gerrymander new districts to hurt conservatives. I was honored to hold an event with over 300 Patriots last weekend in Kansas City. The American First movement is built upon grassroots events where conservatives have a voice, not at meetings where the establishment sits in a circle to congratulate themselves for deceiving the people of Missouri.

Rep. Nancy Pelosi (D-CA) controls the speakership by five districts. The nationwide redistricting will likely help her maintain that advantage, though Republicans hold the clear momentum heading into the November election. 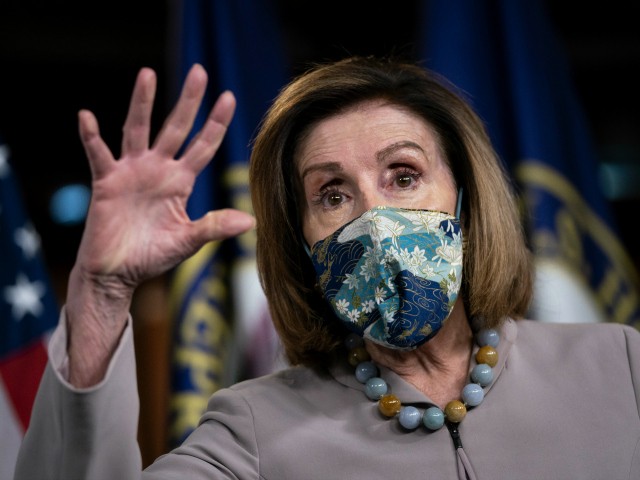 If Republicans retake the House, the GOP will have an opportunity to fire Dr. Anthony Fauci, ban lawmakers from trading stocks, break up Big Tech, and impeach Biden.

After the publication of this article, a spokesperson for the NRRT provided this statement from Adam Kincaid–the president and executive director of the NRRT–to Breitbart News:

NRRT was formed in 2017 – in partnership with the RNC, NRCC, RSLC, and Republicans across the country – because the GOP’s redistricting infrastructure needed a fulltime investment. That partnership helps Republicans coordinate on the unique challenges of redistricting in a way we never have before.The importance of electing conservative state justices and judges has never been clearer. While Republicans’ judicial candidates have not always been a primary focus, that is changing. As Governor Christie noted – when Republicans prioritize judicial elections, Republicans win – as evidenced by recent judicial victories in Pennsylvania, North Carolina, and Wisconsin. These wins were a huge step forward for the GOP as Republicans fight to take back state judiciaries from radical liberal jurists.We will continue to work with our partners to improve our party’s redistricting infrastructure and put Republicans in the best position to build, protect, and expand a new Republican majority.

Interestingly, the statement demonstrates that the NRRT does have formal historic connections to the party committees–and that this organization had at least four full years to work on this issue before this hit state legislatures this cycle.