Vice President Kamala Harris suffered an embarrassing moment on the international stage on Thursday, during a press conference with the president of Poland in Warsaw.

Each time a question was asked by a reporter, the vice president appeared uncertain who was expected to answer first, even though the question was directed to her.

But after a reporter asked Harris a question about Ukrainian refugees and also a follow-up question to Polish President Andrzej Duda, Harris was surprised when Duda looked at her expectantly to answer first.

“OK,” she said awkwardly, pausing and looking down at her notes.

“A friend in need is a friend indeed,” she continued, bursting into laughter and gesturing to Duda to answer. 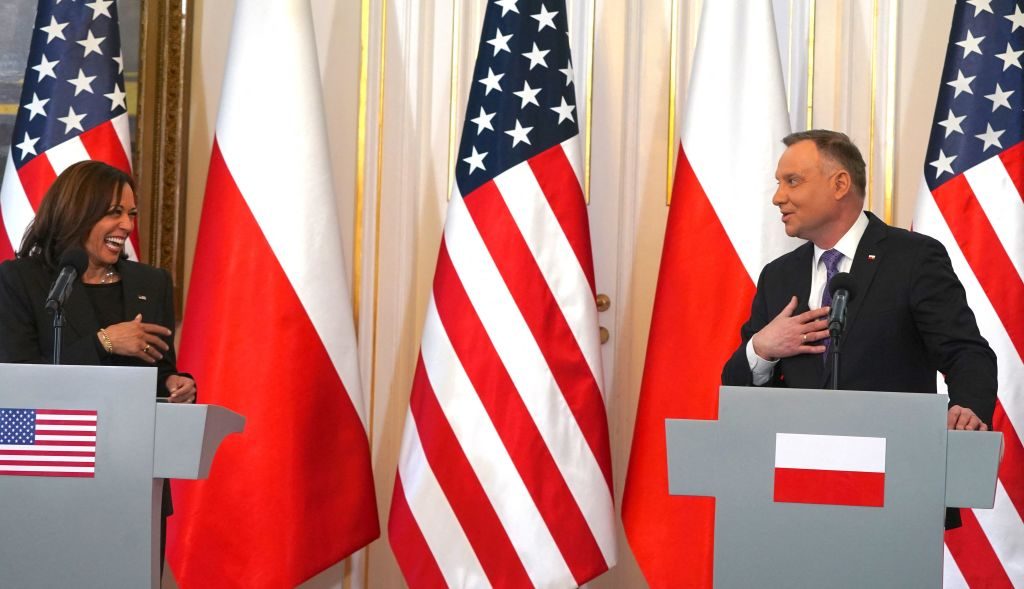 Harris was referring to Duda citing her quote earlier in the press conference.

“As Madame Vice President remarked today, a friend in need is a friend indeed,'” he said prior to her comment.

Duda did step in to save Harris from her awkward moment, but it was unclear why Harris faltered when asked about the United States’ commitment to Ukrainian refugees.

All eyes are on Harris as she travels to Europe for a series of meetings and events to reassure NATO allies that America is committed to their defense as the Russian war against Ukraine continues.