His Fraudulency Joe Biden marked the one-millionth American death from the China Flu on Thursday without apologizing for his devastating mishandling of the pandemic.

When Biden was sworn in as president on January 20, 2021, roughly 400,000 Americans had already died from the coronavirus.

Why is this notable?

Because when Biden took office, he was handed The Trump Vaccine, he was handed a miracle vaccine (the miracle being how quickly it was created). The vaccine might not have prevented the spread of the virus or protected you from catching it. Still, as far as reducing the effects of the virus and, by extension, greatly reducing your chances of landing in the hospital or dying, the vaccine was and is extremely effective.

So Biden had the vaccine, and more people died on his watch.

It gets worse. On July 4, 2021, Biden declared victory against the coronavirus.

“A triumphant President Joe Biden all but announced an end to the pandemic in the U.S. on Sunday,” Bloomberg reported, “celebrating what he called a ‘heroic’ vaccination campaign on the country’s Independence Day holiday.”

“Today, all across this nation, we can say with confidence: America is coming back together,” Biden roared triumphantly. “Today, while the virus hasn’t been vanquished, we know this: It no longer controls our lives, it no longer paralyzes our nation, and it’s within our power to make sure it never does so again.”

Guess how many people died after Biden’s “mission accomplished” speech?

Another 400,000 — twice as many as those who died on his watch before the speech.

All these people died after Biden took office, even though he was handed the gift of a miracle vaccine. 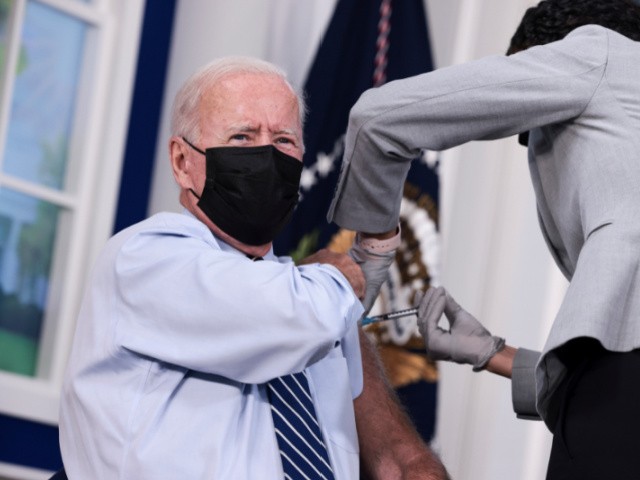 How is that possible?

Well, that’s how badly Biden botched and mishandled the pandemic.

Imagine if someone had predicted the following: If Joe Biden is elected and handed a vaccine, more people will still die under his watch. In fact, the same number of people will die after Biden declares victory against the virus than died under President Trump.

Who would have believed that?

Who would have thought that was possible?

So now that Joe Biden has failed to control the Chinese coronavirus and more people have died under him than under Donald Trump, Democrats are now shifting their tone. https://t.co/mFWLx2P6A4

The ways in which Biden botched the vaccine rollout are almost too numerous to count, but all the way back in August of 2021, I listed nine of them. Below are the bullet points. You can read the full piece here.

Everything Biden could do to undermine faith in the vaccine, he did… Wearing a mask after he was vaccinated, telling people during the 2020 campaign not to trust the vaccine, and most especially attacking and dehumanizing the unvaccinated as a means to keep them unvaccinated. Biden knew it was mostly Trump voters who opposed the vaccine, so both he and his left-wing pals attacked and attacked and attacked those people to ensure they would never change their minds. They wanted as many Trump supporters dead as possible.