His Fraudulency Joe Biden set up a website to help desperate parents locate baby formula, and to the surprise of no one, the website is utterly useless.

This is per, of all places, CNN, a far-left propaganda outlet that spreads conspiracy theories and political violence. If CNNLOL publishes negative reports about a Democrat president, most especially a far-left extremist like Joe Biden, you know things are bad.

On Friday, after the corporate media and White House could no longer ignore America’s baby formula shortage crisis, the administration announced a new website: HHS.gov/formula. Outgoing White House Press Secretary Lyin’ Ginger said, “We recognize that parents have a lot of questions,” and the website will offer “resources and places that parents can go to obtain formula, including contacts with companies, food banks and health care providers.” 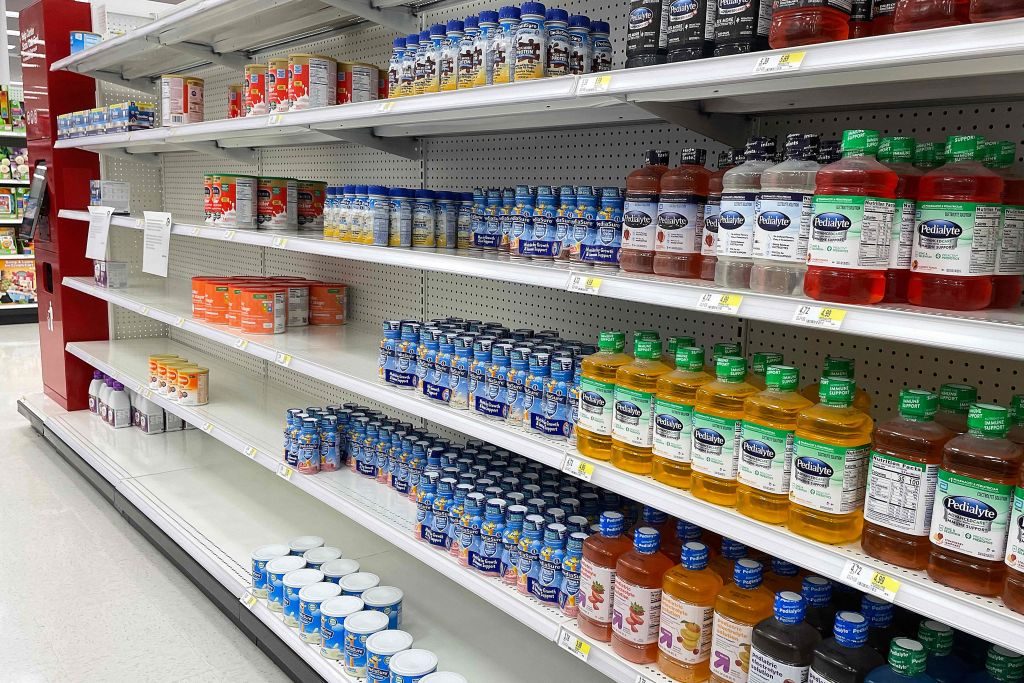 A sign stand next to a small amount of toddler nutritional drink mix at Target in Stevensville, Maryland, on May 16, 2022, as a nationwide shortage of baby formula continues. (JIM WATSON/AFP via Getty Images)

Well, far-left CNN took the website out for a spin and got Healthcare.gov flashbacks:

A CNN reporter tested out some of those resources to try to determine how helpful they are likely to be for parents who are desperately looking to procure baby formula. The exercise resulted in apologetic customer service representatives, one hold time that lasted well over an hour, and serious challenges in finding baby formula through some of the main suggestions listed on the new HHS website.

The bottom line is that if Americans want baby formula, they have only one choice: Take a bus to Mexico, turn around, and pretend to sneak across the border. Illegal immigrants appear to be receiving plenty of baby formula. Why? Because we now live in a country where Democrats and the corporate media treat law-abiding Americans as second-class citizens.

This is America, and we don’t have enough baby formula?!?

Why else would California reject a desalination plant that would have delivered 50 million gallons of drinking water daily to that drought-ridden desert?

Why else would Joe Biden kill drilling leases on millions of acres when gas prices are hitting record highs?

Rep. @michaelgwaltz: Easier to Get a Crack Pipe than Baby Formula in Biden's America pic.twitter.com/zJQdyayBcp

You want to be treated well by Democrats and the corporate media? You better be a guy in a dress, an illegal alien, or living in Ukraine. Americans they hate, most especially women with babies. Moms don’t vote Democrat. Neurotic, unhappy, single women vote Democrat. So, as far as Democrats are concerned, stressing you out over the ability to feed your baby is a punishment you deserve.

While you’re on that 72-minute hold looking for baby formula you will not find, Democrats are laughing their asses off.