Asked Ron Johnson about waiting periods for gun sales to buyers under 21.

“Before we pass anything new, let’s enforce the laws we already have. Let’s start with Hunter Biden,” he said.

Hours later on June 7, Hunter’s daughter Naomi responded to Delaney’s tweet by tweeting, “[Sen. Johnson], if you vote for stricter gun control measures, I will personally come into your office and call my dad on speakerphone so that you can confess your undying love for him directly. 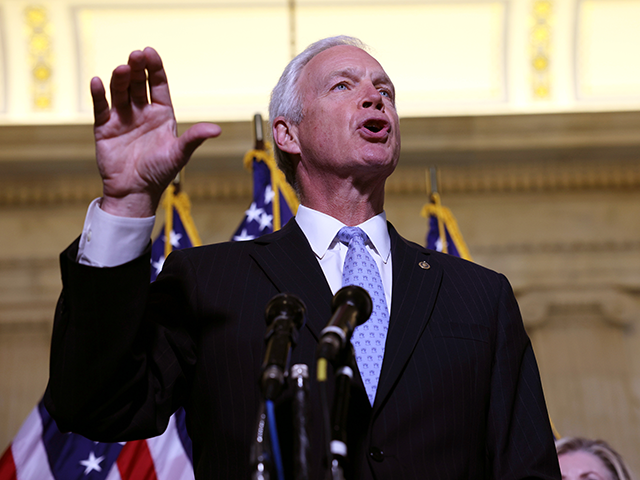 Sen. Ron Johnson (R-WI) speaks at a news conference with Republican senators to discuss the origins of COVID-19 on June 10, 2021 in Washington, DC. (Anna Moneymaker/Getty Images)

On March 27, 2021, Breitbart News noted that Hunter may have given false information on an ATF background check form, and the punishment for false answers on that form includes fines up to $250,000 and/or ten years of imprisonment. Hunter may have committed a felony when purchasing a gun in 2018, purportedly lying about his history of drug use on a form.