Pompeo told host Matthew Boyle that the justices who brought about the majority decision in the Dobbs v. Jackson Women’s Health Organization case “got the Constitution right.”

“We had five folks stand up and say this is what the Constitution actually says. I give President Trump full credit for delivering on the promises that he made,” he continued, referring to the 45th President making good on his promises to appoint conservative justices to the highest court in the country.

He later told Boyle, “This is important for the Constitution, it’s really important for America. It’s important to protect the women who have had to suffer this horrific procedure where a baby is killed. But the work has just begun, right? We’re now seeing governors trying to move in the right direction, some of them saying 15 weeks. You know, for me, life begins at conception and I hope that we can continue to stay focused on that.”

Pompeo called those on the left who advocate for abortion “misguided.”

Moments before, he spoke about his family’s experience with adoption. “I have a niece and a nephew who were born to mothers who didn’t want to keep those babies, but chose to do so and put them up for adoption. My sister adopted them. These are my nephew and my niece – lovely, now-young adults who are really important people because these mothers made this important choice,” he said.

“Now I hope we can all go out and make sure every woman gets a chance to do precisely this: make sure they carry their baby to term and we welcome these young people into the world, and we hope their families stay intact to care of them,” he continued. “But if they can’t, then we will come around and help them be successful in living good American lives.” 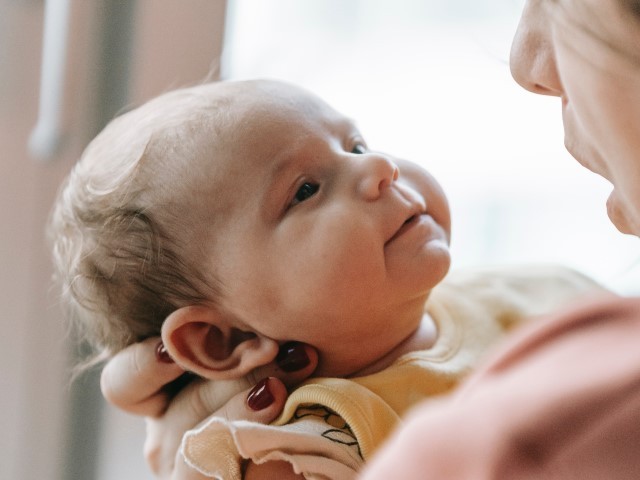 As secretary of state in the Trump Administration, Pompeo said he was responsible for ensuring no taxpayer dollars went to fund abortions in other areas of the world.

“We did that. We cut it off. We had pro-life people, the Vice President, all throughout the organization,” he told Boyle, later adding, “It’s been called the Mexico City Policy. I think Ronald Regan put it in place first. It said U.S. taxpayer dollars can not go to underwrite abortions or organizations – often nongovernmental organizations – to promote or support abortion or conduct abortions. It was overturned by Democrats. We put it back in place. We extended it to make sure that they couldn’t subcontract around it, kind of launder taxpayer money, so we had the most restrictive use of taxpayer dollars. I am confident we saved human life all across the world.

“It didn’t take but days for the Biden Administration to overturn all of the work that we had done at the State Department during my time as Secretary of State,” Pompeo lamented. “We need to elect people all across America – city councils, county commissions, state elected officials, Congressmen and Senators, and a president of the United States who will preserve and protect life not only here at home, but make sure that good taxpayer money isn’t used for things that the vast majority of people believe are immoral.”

He also touched on the March for Life, which has been instrumental in the nearly fifty-year fight to end Roe v. Wade, and spoke extremely highly of his constituents from Kansas who would make their way to Washington, DC, for the march while he served as the state’s representative from the Fourth Congressional District. Pompeo dubbed them “people of faith, people of character” and “happy warriors.”

“These kids, they would ride on buses from Kansas,” he recounted. “They’d get on buses, there’d be parent chaperones, and they’d drive all night to get to Washington, so they only had to stay one night in a hotel, and they would come, and it was joyous.”

“They’d march, and they’d meet their compatriots from all across the country and then head back home encouraged in protecting the unborn,” he added.

Boyle asked the former secretary of state what the “pro-life community” and Republicans must do as the battle over abortion commences at the state level.

“We’re right. Abortion ends a human life. We should begin with that fundamental fact,” he responded. We should be joyous about this, no need to be mean or angry, we should defend what we know to be true. Don’t let them gaslight you. This isn’t a choice, this is a human life. So if we start there, that’s a good basis from which to begin the debate.”

He also noted that the left will work tirelessly in state courts and “state legislatures all across America” to “do their best to diminish the decision that was made on Friday or to build upon what they already have in their state.”

“We need to compete in each of the places to make this case, and so it’s going to take all of those same happy warriors that you and I have been talking about to stay in the fight, to stay in this battle,” he said.