President Joe Biden fled his news conference Tuesday when asked by reporters about the 51 migrants who were found dead inside a truck trailer in San Antonio.

The president held a joint news conference with Spanish Prime Minister Pedro Sánchez after traveling to Spain for a NATO meeting with European leaders.

But he did not take questions after the news conference was over.

“Mr. President any reaction to the death of 50 migrants in Texas?” one reporter asked as the president and prime minister turned to leave.

Biden did not answer the question, turning and walking away instead.

A total of 39 men and 12 women died after being trapped inside the truck trailer that was abandoned about 160 miles from the United States — Mexico border.

The White House issued a statement from Biden on social media, calling the incident “horrifying.”

“My Administration will continue to do everything possible to stop criminal smugglers from exploiting migrants,” his statement read. 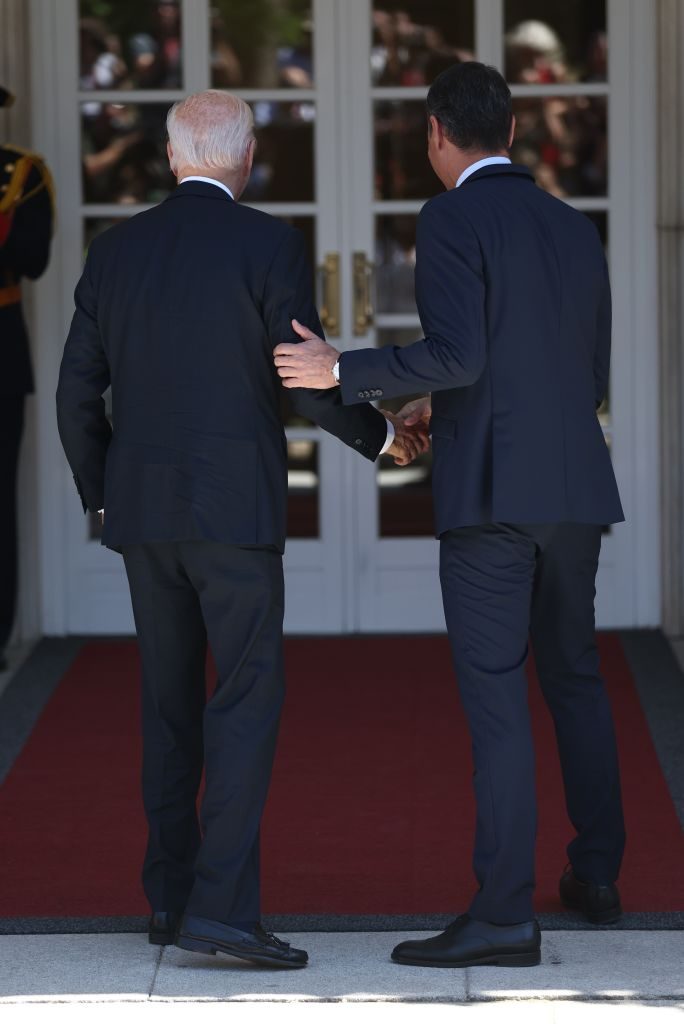 The White House responded to Republicans blaming Biden’s open-borders policies for the deaths of the migrants by insisting the border was secure.

“The fact of the matter is the border is closed, which is in part why you see people trying to make this dangerous journey using smuggling networks,” White House press secretary Karine Jean-Pierre told reporters Tuesday.