President Biden has failed you, your family, and your business.

As of Wednesday, the average price for regular gas stood at $4.779 after reaching an all-time record high of $5.016 on June 14, 2022. Several states are experiencing prices well above $5.00 per gallon, including Washington, Oregon, Idaho, Nevada, Utah, Arizona, Hawaii, Alaska, Illinois, and California, the last of which still has an average price of well over $6.00 per gallon. 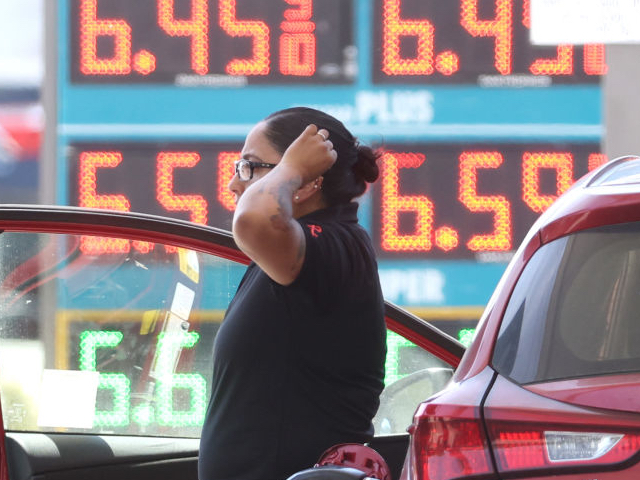 A customer pumps gas at a gas station on May 18, 2022, in Petaluma, California. (Justin Sullivan/Getty Images)

While recent surveys show that gas prices remain a top family concern, President Biden has done nothing to alleviate those concerns, instead dismantling American energy independence on day one in office by closing pipelines, killing oil and gas leases, and rejoining the Paris Climate Accord.

What is more, his administration is shipping American oil — oil from United States emergency reserves — to foreign countries, including China. According to reports, the United States sent over 5 million barrels to both Europe and Asia in June — the same month United States gas prices reached their all-time record highs.