President Joe Biden visited a hospital in eastern Jerusalem on Friday, comparing the historic plight of Irish Catholics to Palestinians.

“My background and the background of my family is Irish American and we have a long history of not fundamentally unlike the Palestinian people with Great Britain and their attitude to Irish Catholics over the years, for 400 years,” Biden said.

But Biden’s attempt to compare the Irish with the Palestinians and the English to the Israelis fundamentally mischaracterizes the historic struggle in the region.

During his speech, the president cited one of his favorite Irish poets Seamus Heaney from the poem The Cure of Troy, describing it as “classically Irish but also could fit Palestinians.”

He read a phrase from the poem:

History says, Don’t hope
On this side of the grave.
But then, once in a lifetime
The longed-for tidal wave
Of justice can rise up,
And hope and history rhyme.

Biden commented his colleagues in the United States Senate used to rib him for always citing Irish poets. 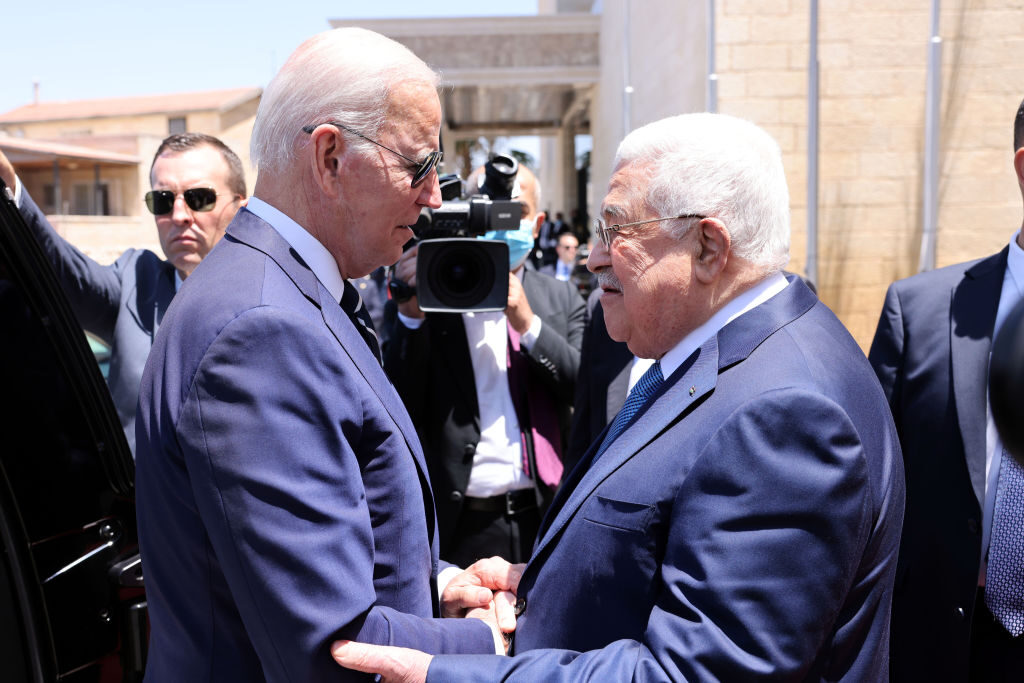 Biden spoke to the audience announcing a commitment of $100 million in funding from the United to Palestinian hospitals in eastern Jerusalem.