Paul Pelosi, husband of House Speaker Nancy Pelosi (D-CA), recently bought up to $5 million in stocks in a semiconductor company.

This comes right before the Senate is set to vote on a competition bill next week that would give a $52 billion subsidy to the semiconductor industry, Reuters reported.

Paul Pelosi exercised 20,000 shares worth between $1 million to $5 million in Nvidia, a semiconductor company based in Santa Clara, California, which was revealed in a disclosure that Nancy Pelosi filed to the House of Representatives on Thursday. 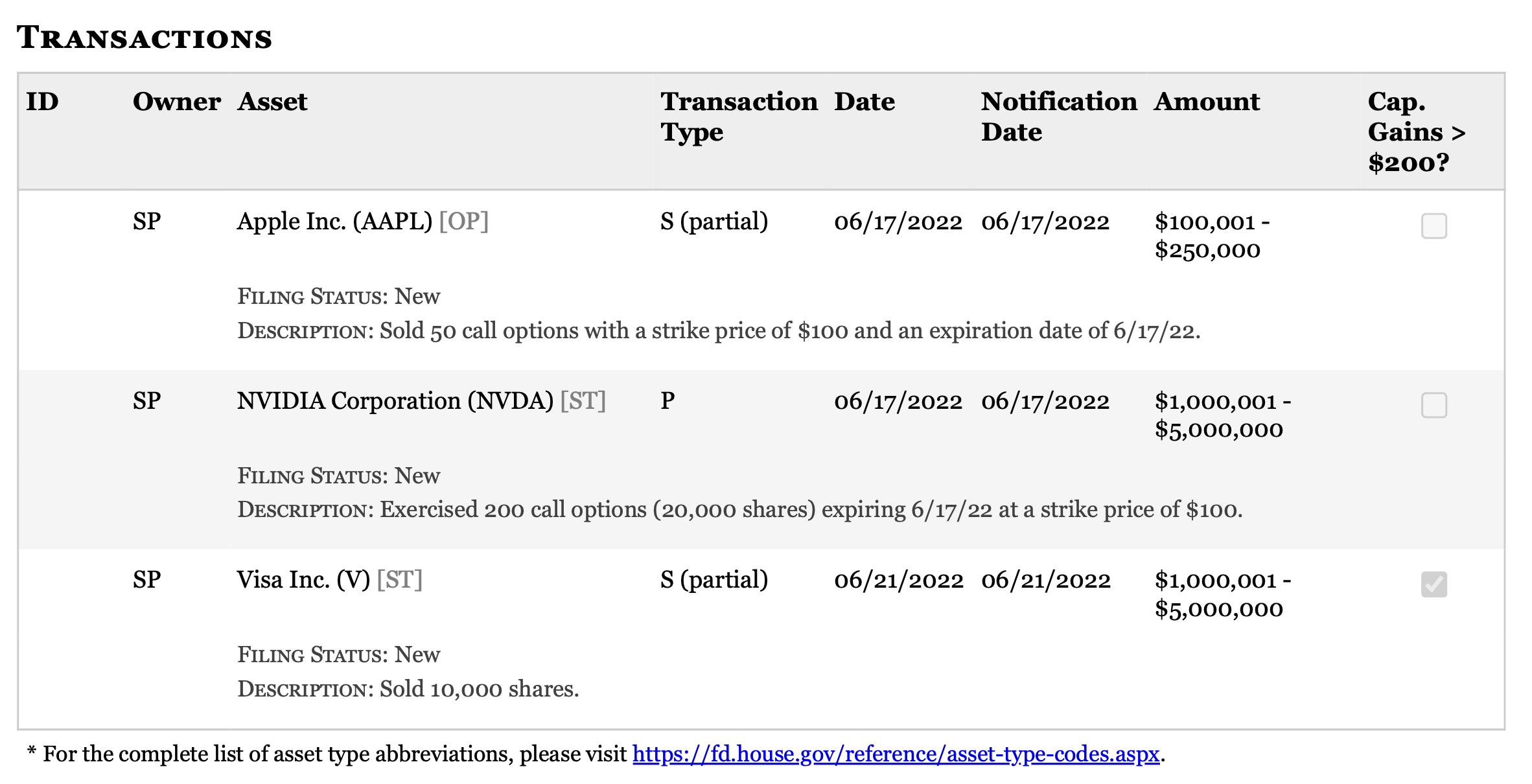 In June 2021, Paul Pelosi also purchased up to millions of dollars in Nvidia stocks, the Daily Caller reported. It appears this purchase occurred around the same time the Senate would pass a more expanded version of the semiconductor subsidy bill; however, the House never took up the legislation.

“Obviously Speaker Pelosi would be aware of the timing of this legislation over in the Senate,” Rep. Ralph Norman (R-SC) told the Daily Caller. “On the heels of that vote, for anyone in her orbit to purchase seven-figures worth of stock of an U.S.-based chip manufacturer just reeks of impropriety.”

Nancy Pelosi is among the highest-earning members in the House regarding trading stocks and has stated that she opposes a ban on congressional members trading stocks.

In July 2021, Paul Pelosi netted $4.8 million in options with Alphabet, the parent company of Google, Breitbart News reported. Nancy Pelosi has denied that she owns any of the stocks her husband trades.

Paul Pelosi was recently charged with two DUI misdemeanors after he crashed his Porsche into a Jeep on Highway 29 in Napa Valley on May 28. “His blood alcohol level stood at .082 percent; the California legal limit is .08 percent,” Breitbart News reported.