ROME — Brazil’s Leonardo Ulrich Steiner, made a cardinal last week by Pope Francis, has insisted that homosexual acts are only sinful for Christians and thus gay unions should be approved.

Using the logic of not wanting to impose confessional morals on non-Christians, Cardinal Steiner told LifeSiteNews that the Church should not try to make society follow its beliefs.

“How do we say if it is a sin if they do not live the Christian faith?” Steiner asked, regarding non-Christian gay couples.

“This is not about a fundamentally moral question,” Steiner said. This is about a life. This is a question about a son of God.” 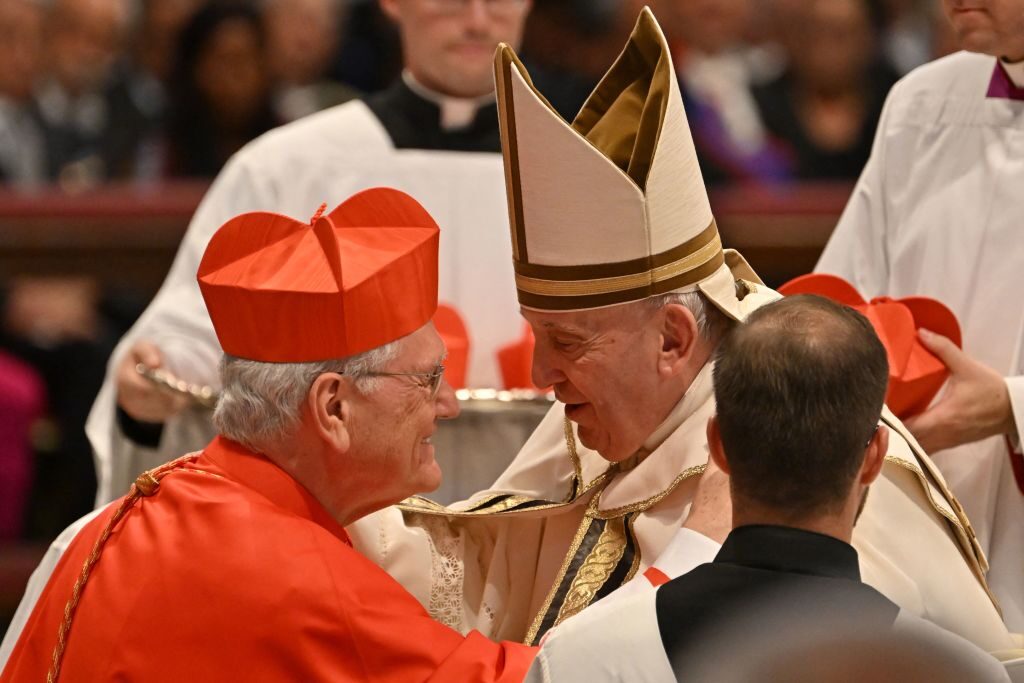 Pope Francis speaks to Monsignor Leonardo Ulrich Steiner (L) after he elevated him to Cardinal during a consistory to create 20 new cardinals, on August 27, 2022 at St. Peter’s Basilica in The Vatican. (ALBERTO PIZZOLI/AFP via Getty Images)

Christian teaching on the immorality of homosexual acts, which goes back 2,000 years, has always rested on natural law, meaning that the Church believes such acts to be objectively immoral for anyone, regardless of religious affiliation.

According to the Catechism of the Catholic Church, “homosexual acts are intrinsically disordered” and are “contrary to the natural law” and therefore under “no circumstances can they be approved.”

In 2003, the Vatican’s doctrinal office (CDF) issued a document asserting that “marriage exists solely between a man and a woman” and that this truth “is evident to right reason and recognized as such by all the major cultures of the world.”

The Vatican stated Monday that the Church has no power to bless homosexual unions, noting that God Himself “does not and cannot bless sin.” https://t.co/Bo28Bn2Q9S

“There are absolutely no grounds for considering homosexual unions to be in any way similar or even remotely analogous to God’s plan for marriage and family,” the text declared. “Marriage is holy, while homosexual acts go against the natural moral law.”

“Laws in favor of homosexual unions are contrary to right reason because they confer legal guarantees, analogous to those granted to marriage, to unions between persons of the same sex,” it said.