Republicans on the House Judiciary Committee tore into their Democrat counterparts Thursday during a hearing over their efforts to push legislation that would create an ethics code for the Supreme Court.

The Republicans took issue with Democrats’ star witness at the hearing, Rev. Rob Schenck, a former pro-life activist who claimed in a letter to the Supreme Court in June that Justice Samuel Alito leaked the decision of a key religious freedom case in 2014.

Schenck’s letter, which was first published by the New York Times in November, claimed a donor to Schenck’s organization had dinner with Alito and Alito’s wife in June 2014 and that during the dinner, Alito revealed the outcome of the Burwell v. Hobby Lobby case. Schenck claimed the donor then informed Schenck of what she had allegedly learned.

The decision, which the Supreme Court would hand down a few weeks later, found private companies’ religious freedoms exempt them from the the Affordable Care Act’s regulatory contraception mandate.

House Judiciary Committee Republicans, led by ranking member Rep. Jim Jordan (R-OH), repeatedly zeroed in on credibility issues they had with Schenck, and Jordan berated Democrats for using what he described as “eight-year-old secondhand hearsay” from the reverend.

Jordan noted both Alito and the dinner guest denied Schenck’s claim, according to the Times, and that the Times admitted in its report that Schenck’s story had “gaps.”

Schenck for two decades directed a project called Operation Higher Court, which he described during his testimony Thursday as a Christian mission “to bolster conservative Supreme Court justices in the views they already had.” 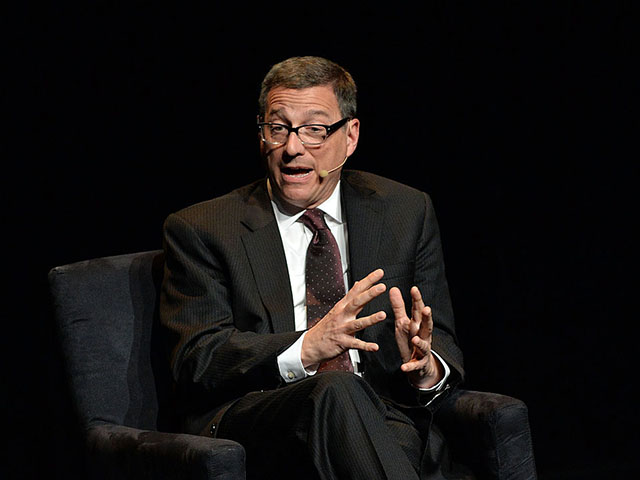 Schenck, through his work, would recruit wealthy donors “as stealth missionaries who befriended justices that shared our conservative social and religious sensibilities,” he explained.

The reverend said he believed his organization “pushed the boundaries of Christian ethics and compromised the Court’s promise to administer equal justice” and added that his work was “not always transparently honest.”

Committee Democrats focused less on Schenck’s leak claim and more on Schenck’s longtime work lobbying justices through wealthy donors, but they continued at times to fall back on the unproven leak as evidence that the lobbying tactics were successful.

They contended Schenck’s attempts to woo justices indicated a need for Congress to create a Supreme Court code of ethics that would impose structured financial disclosure requirements on justices, limitations on gifts, and recusal obligations. The ability for Congress to impose such rules on the high court, a creation of the Constitution, remains questionable.

Jordan further worked to discredit Schenck by highlighting a stunning inconsistency in a book Schenck authored in 2018, roughly around the same timeframe that Schenck became “disillusioned with the religious right,” per Politico.

Schenck, in the book, emphasizes a silent exchange he had with his brother Paul during Supreme Court oral arguments about a case involving Paul. Schenck wrote about winking at his brother after the “minor victory” they had achieved when, according to Schenck, Chief Justice William Rehnquist used the title “reverend” before Paul’s name as Rehnquist spoke.

Jordan read that excerpt from Schenck’s book and then compared it to the transcript from the oral arguments, which revealed Rehnquist had not in fact used the title “reverend” before Paul’s name.

To quash any doubt about the transcript’s accuracy, Jordan then played the audio from the oral arguments, which verified that Rehnquist did not say “reverend.”

“But we’re supposed to believe you today?” Jordan asked. “One thing I’ve learned is people who mislead folks on small things mislead them on big things.”

Schenck is now the president of The Dietrich Bonhoeffer Institute (TDBI). IRS filings show from TDBI’s inception in 2016 through 2019, the institute was funded largely by donations from the liberal California Community Foundation (CCF), which amounted to nearly $1.9 million during that timeframe.

CCF’s mission, according to its website, is to “transform generosity into impact and create a stronger future for Los Angeles County.”