Former Speaker of the House Newt Gingrich said this week that an uncanny parallel can be drawn between the scandal-ridden Biden family and the fictional HBO series The Sopranos.

“Between Hunter Biden’s laptop scandal, and the Bidens’ various shady private-equity schemes with foreign fraudsters, it’s not too hard to make the analogy,” Gingrich wrote.

The Biden family is “an influence peddling center of corruption worthy of HBO fantasy,” Gingrich noted, but unfortunately for America, “it isn’t fiction.”

Like Tony Soprano, President Joe Biden is clearly the “head of a family,” Gingrich observed, who has “repeatedly exploited his public offices to make money.”

Similarly, his son Hunter Biden is like “the ambitious-but-dull son who wants to inherit the family business but always screws up,” he added. 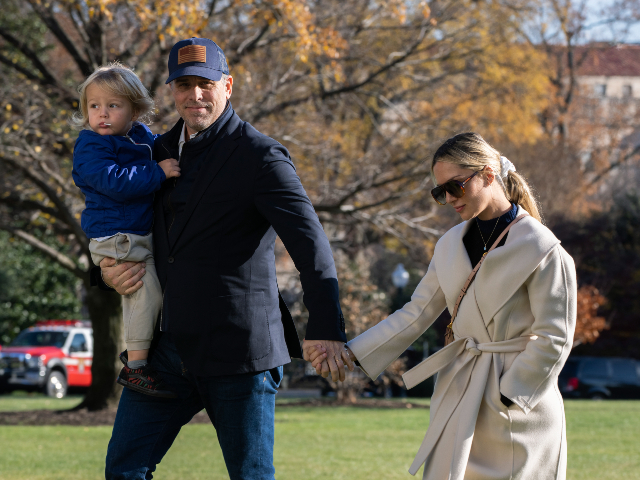 Melissa Cohen walks with her husband Hunter Biden and their son Beau Biden on the South Lawn of the White House as they arrive in Washington with President Joe Biden, Sunday, Dec. 4, 2022. (AP Photo/Manuel Balce Ceneta)

The best example of Bidens’ manipulation of the system for profit has come to light in recent days with investigations into the Biden Center for Diplomacy and Global Engagement at the University of Pennsylvania, Gingrich wrote.

“The center has given the Bidens remarkable access to Chinese Communist Party money,” he said, and according to reports in the New York Post, the university, “raked in a total of $54.6 million from 2014 through June 2019 in donations from China, including $23.1 million in anonymous gifts starting in 2016.”

“As soon as Biden left the White House as vice president, he was tapped to lead the center and given a professorship,” Gingrich observed. “Shortly after the center fully opened, another $14.5 million in anonymous Chinese gifts were delivered in May 2018.”

The Soprano-style rot does not stop here. Secretary of State Antony Blinken “was the manager of the Penn Biden Center” and several other Biden team members “were paid by the University of Pennsylvania in the period between Joe Biden’s vice presidency and presidency,” Gingrich noted.

In an apparent quid pro quo, Joe Biden “appointed former University President Amy Gutmann to be U.S. Ambassador to Germany” and named David Cohen, the former chairman of the Penn’s board of trustees, as U.S. Ambassador to Canada, Gingrich added.

Meanwhile, the traditional news media is still bending over backwards to protect the Bidens, he asserted, and spent months “pretending that the laptop fiasco was Russian propaganda.”