“On Covid-19, he did horribly in 2021,” Concha remarked. “Donald Trump in 2020 had no vaccine. [Trump] kept saying at the time that we’ll have one by the end of the year, then fact-checkers would say ‘No, that’s impossible.’ They somehow time-traveled into the future to show Trump was wrong in saying a vaccine wouldn’t come in 2020, and sure enough it did in December of 2020. I would know. My wife got a shot at that time. She is an ER doctor treating COVID patients on a daily basis.”

He continued, “Then Biden promises he would — quote — stop and control — unquote, the virus when he got into office, which is a lot like his promise that he’s going to cure cancer. You can’t say that about something that you truly cannot control, and sure enough, what happened in 2021? More people died of COVID than they did in 2020, despite having vaccines, despite having monoclonal, despite having treatments that we didn’t have then because he could not stop and control it. So on that front, F.” 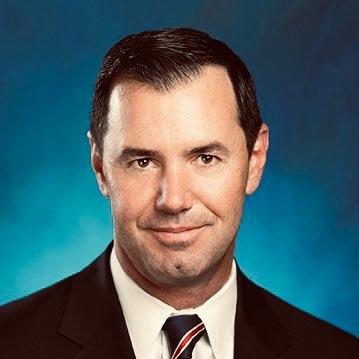 He said, “He called 74 million people who voted for Donald Trump ‘extremists, a major ‘threat‘ to this country, ‘semi-fascist‘ — which I didn’t know there was like a Diet Coke of fascism, but apparently it exists.”

Concha concluded by noting the state of the American economy is in recession.

He stated, “Even though the media refuses to admit this, we are in a recession, because the traditional definition used by Paul Krugman and everybody else in media when it happened under a Republican president was, if you had two straight quarters of the economy contracting, of negative growth, therefore, that is a recession.”

“We are at 8.5 percent inflation,” he added. “That is the highest in 40 years, and people are suffering in terms of what they have to pay for food, gas prices going up again, rent, electric bills, you name it, it ain’t going well. On that front, F, as well, and this is based on numbers, not Joe Concha’s opinion.”