MILO’s event at the University of California, Davis has been cancelled after protesters tore down barricades and engaged in scuffles outside the venue. A camerman for ABC10 was also attacked with hot coffee.

Earlier reports that windows had been smashed at the venue have not yet been confirmed.

UPDATE: UC Davis has stated that no property damage was sustained.

UPDATE 2: There are now competing accounts of what happened. A protester appears to have acknowledged property damage, saying he was “happy” windows were broken and that they had to smash windows “to get attention.”

At least one protester was arrested at the venue, according to photos.

MILO and his co-speaker, entrepeneur Martin Shkreli are both reportedly unharmed. One student was arrested.

Shrekli was videoed outside the venue, where he explained his plans to explain third-wave feminism to MILO.

When protestors started rushing the barricades, getting dragged out @ucdavis @ABC10 pic.twitter.com/AsSUhbwnDw

My photographer was doing an interview when someone poured hot coffee on him & out equipment. @ucdavis @ABC10 pic.twitter.com/1auYbhqgyb

Protesters were chanting “no justice, no peace, no racist police.” 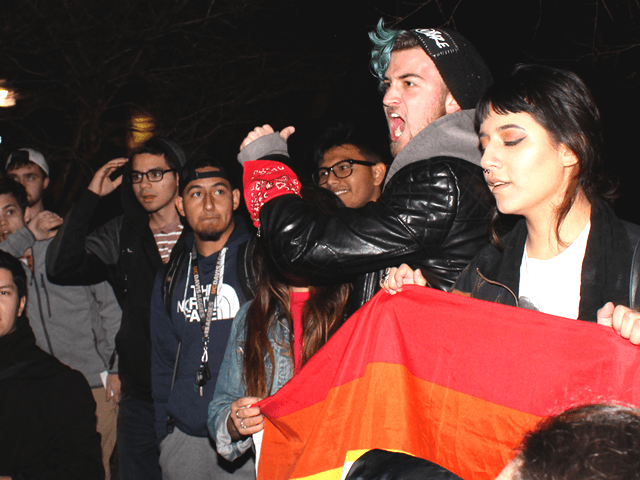 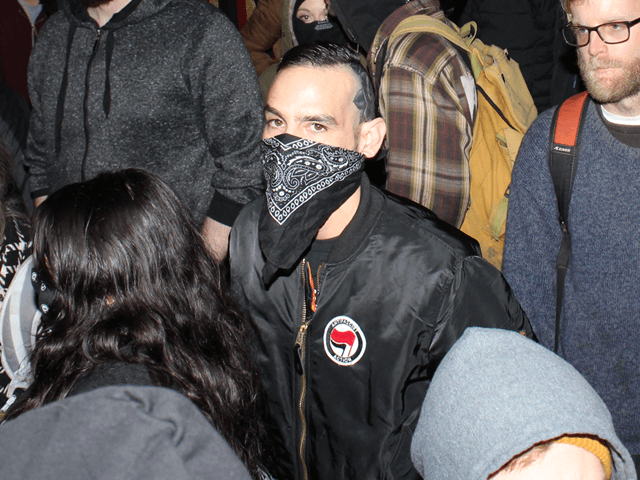 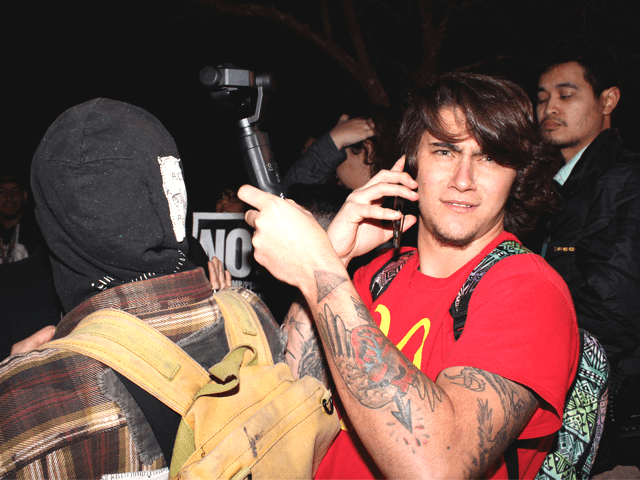 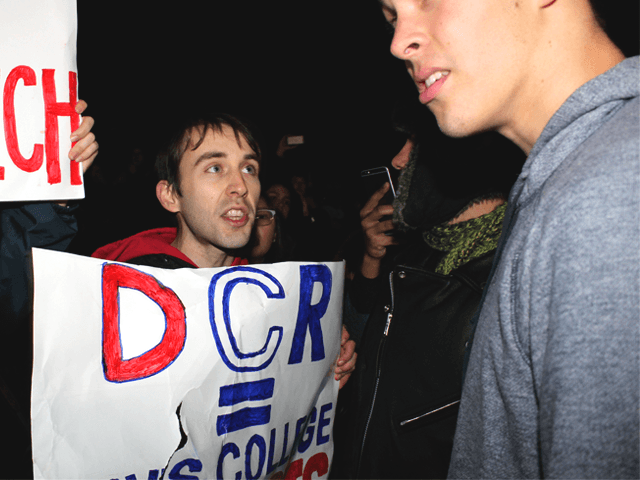 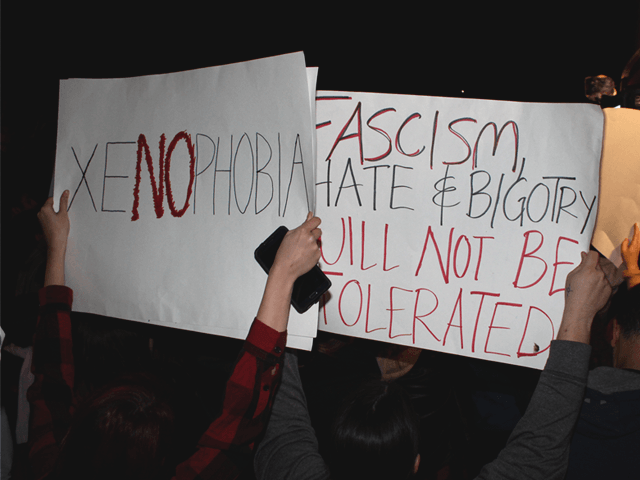 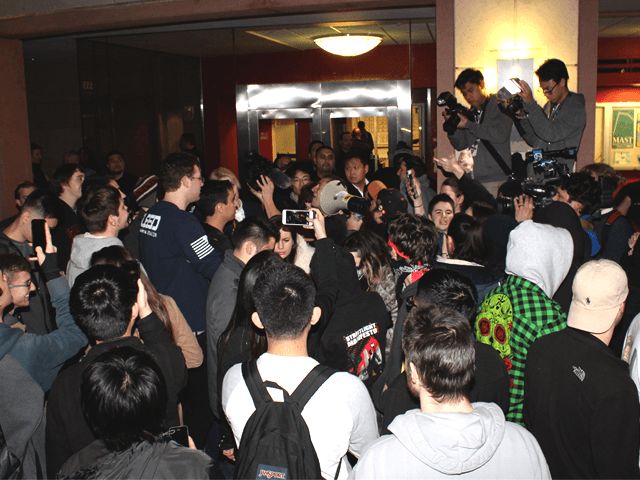 Protesters also chanted an old staple, “No Milo, no KKK, no fascist USA.”

MILO fans were also present at the event, interacting with protesters and singing the national anthem. At least one brought her own placard.

Protestors now chanting on both sides of Yiannapoulos event. pic.twitter.com/rfWbuT84BZ 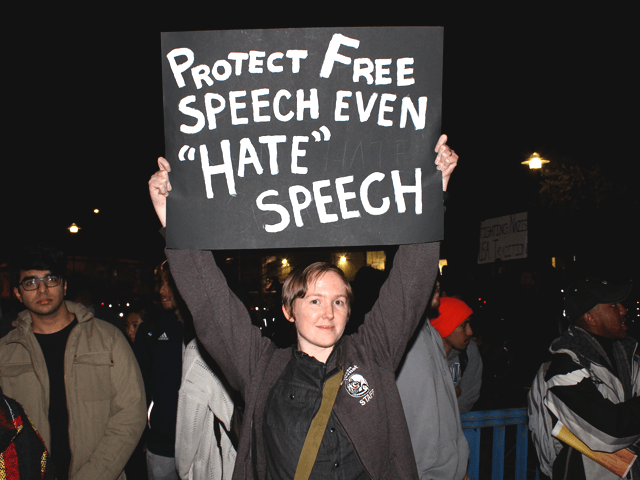 Protestors on @ucdavis campus. Peaceful so far, but a lot of people here for Milo mocking the protestors. @ABC10 pic.twitter.com/0z93i2B6j1

Those here for Milo are singing "land of the free" at protestors with anti-fascist signs @ucdavis @ABC10 pic.twitter.com/dytTNEeYnx

Those here for event going back & forth with protestors. @ABC10 pic.twitter.com/t4YqGDkgzL 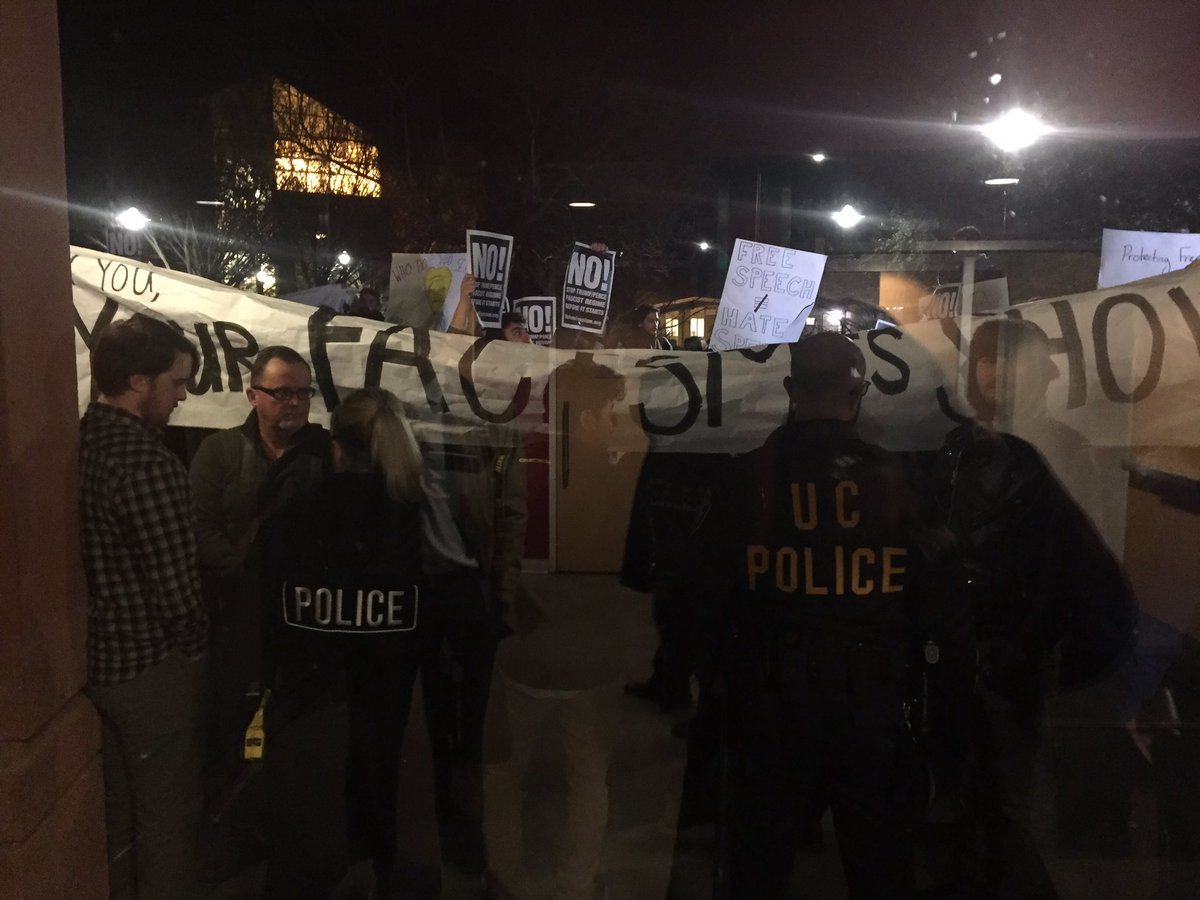 This story is developing, and will be updated as more information, photos and footage comes in.

UPDATE: A statement from the UC Davis College Republicans:

“We were told by the chief of Davis police that they could not guarantee the safety of the students, the speaker, or the police officers if the event should go ahead,” said Gabrielle McDowell, vice chair of the UC Davis College Republicans.

“As the organisation hosting the event, we would have been held personally responsible for any harm caused as a result of its taking place. We were therefore forced to cancel the event” she continued.

UPDATE 2: The Davis College Republicans have clarified their position, and are now saying they were lied to and intimidated by UC Davis, who, according to DCR executive director Andrew Mendoza, “basically took the decision [to cancel] without us.”

DCR communications director Kurtie Kellner also alleges that they were told by UC Davis official Milton Lang that protesters were wielding hammers, a concern that was a significant factor in the decision to cancel.