The fight, along with the main event that saw Emanuel Newton drop his strap to Liam McGeary, highlighted a card carried live in Spike TV. 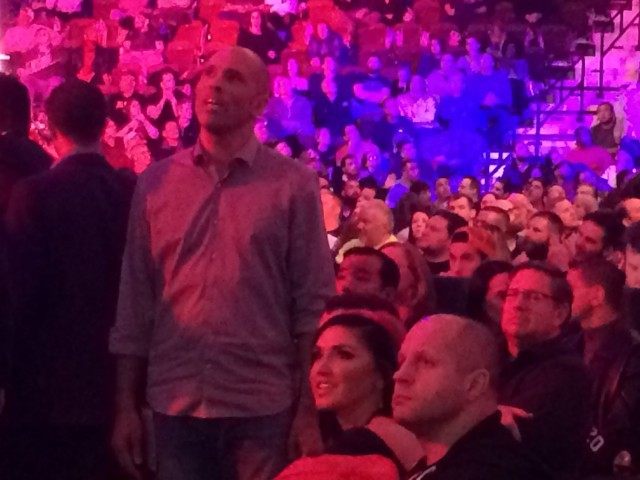 The knockout artist and submission specialist squared off in the fight of the night that initially witnessed the Brit eat the Brazilian’s punches. But Semtex exploded in a fistic fury, stunning Santos before scoring a takedown.

The second saw the Brazilian again on his back with Daley pummeling him on the ground and on the feet. Santos landed his own takedown midway through the round and immediately unleashed ground-and-pound from side control. Santos evened out the round by controlling the second half of the second through takedowns.

Daley answers any questions the judges may harbor by clocking Santos to the canvas to start the final round before brutally raining bombs upon his downed opponent. A bloody Santos rises at the 3:36 mark. Semtex stalks and downs Santos with a crushing knee to the face. Santos somehow rises again after enduring a beating on the ground. The crowd inexplicably chants “USA.” The Brazilian, inspired, mounts Daley with 30 seconds left and wins the fans over with his resilience. The fight ends with another Santos takedown—a moral victory to conclude a certain loss.

Daley redundantly informed postfight, “This guy was so tough.” 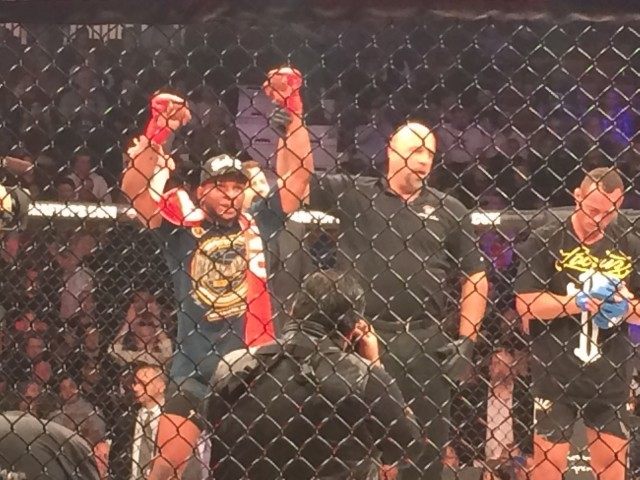 A quick King Mo landed several one-and-done strikes before bringing down the much larger Cheick Kongo in their heavyweight co-feature bout. Lawal scored another takedown without mounting much offense from top. Despite Tito Ortiz’s entreaties from cageside to Kongo to “find the fence” and use “underhooks,” Kongo ended the round on the ground.

Mo dragged Kongo to the canvas more than a minute into the second. Lawall’s superior wrestling kept the Frenchman on his back for several minutes. But King Mo’s cautious offense from top did little damage but to the eyes of onlookers. Kongo regained his feet with a minute remaining. But he stayed mired in a fool’s errand to drag Lawal down until the bell rang.

Mo briefly grounded Kongo in the opening minute of the final round. The Frenchman stalked but never quite captured his prey, who tackled the bigger man to the mat about 90 seconds into the last five minutes. Lawal punching a kneeling Kongo appeared as a mouse bullying a lion. The crowd showed little appreciation.

The fight, such as it was, elicited loud displeasure. Mo responded postfight by borrowing symbolism popularized in his hobby of pro wrestling by issuing the internationally-recognized suck-it gesture to his detractors.

“The crowd can boo me,” Lawal said during the post-fight press conference. “But they aint the one getting punched.”

Lanky Light heavyweight Linton “The Swarm” Vassell lived up to his nickname by controlling stocky Sokodjou from top position throughout most of the first round of their light-heavyweight tilt. The second saw the African Assassin assassinated through a series of lackluster strikes that nevertheless witnessed a flattened, face-down Sokodjou offer nothing in response and little in the way of protection.

“Courteous” Curtis Millender imposed a stiff, discourteous jab and issued a knockdown on Waterford, Connecticut’s Brennan Ward. But the local favorite returned the favor. The welterweight flattened the downed Millender on his stomach, which led to a guillotine choke, which led to a tapout, which led to a deafening roar.