If you thought the Monday Night Football matchup between the Cardinals and Jets would stop the torrential downpour of bad ratings news for the NFL…well…no one probably thought that.

Though, anyone who did would find themselves monumentally mistaken.

According to Pro Football Talk:

Monday night’s Jets-Cardinals game on ESPN generated a 6.3 rating, which represents a 34-percent drop from Giants-Eagles in Week Six of 2015. It’s also a 27-percent decline from 49ers-Rams in 2014.

Sunday Night Football on NBC struggled as well, with the 9.0 rating for Colts-Texans representing a 38.4-percent decline over Patriots-Colts from Week Six of the 2015 season. The 26-23 overtime win by the Texans, which was far less compelling than the outcome would suggest until late in the fourth quarter, was the lowest rated SNF game since Colts-Saints in 2011, a 62-7 New Orleans blowout over a Colts team that lacked Peyton Manning. 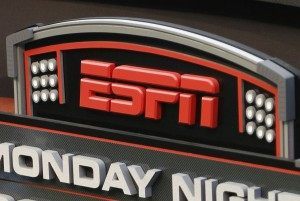 Despite widespread speculation regarding the potential reasons for the decline, quality and attractiveness of the games appear to be the primary factors. Cowboys-Packers on FOX, by far the most interesting game of the weekend, had a 13.6 rating — up more than 20 percent over last year’s Seahawks-Panthers Week Six late-afternoon FOX broadcast.

During Monday night’s game, ESPN’s Sean McDonough lamented the prevalence of yellow flags, suggesting it may be evidence of diminished fan interest.

“If we’re looking for reasons why TV ratings for the NFL are down all over the place, this doesn’t help,” McDonough said, via TheBigLead.com. “The way this game has been officiated is not something anybody wants to watch.”

Apart from the officiating, no one wanted to watch the one-win Jets sleepwalk their way to a 28-3 loss to Arizona, which entered the game at 2-3. In fairness to the league, Jets-Cardinals looked like a much better matchup in April than it became through five weeks.”

Yeah, pretty much everything looked better for the NFL in April than it does now.