PONTE VEDRA BEACH, Fla.—Si Woo Kim was rock solid over a tortuous 18 holes at the Players Championship pulling away with three-shot victory and a career-defining title. But what defines the South Korean lies ahead away from the golf course.

At just 21 years of age, the South Korean becomes the youngest winner ever at The Players and takes home a $1.9 million payday along with a five-year tour exemption. He figures to spend about two of those years far away from any country club in a barracks. 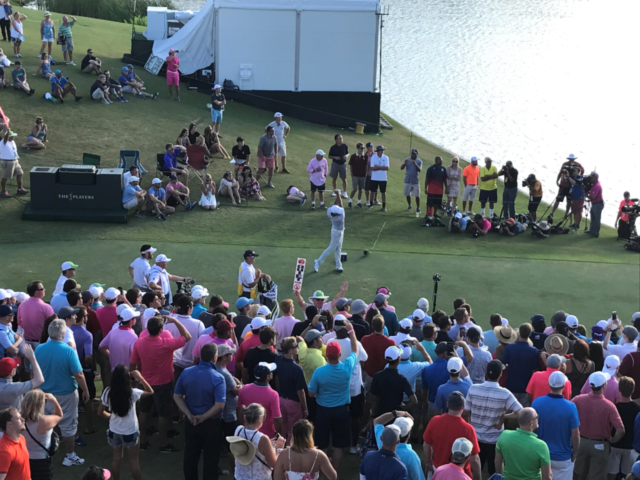 Kim was never really threatened after the leaders J.B. Holmes and Kyle Stanley faltered early with Stanley shooting an opening nine 38 and Holmes imploding with an 84 over 18 holes. Ian Poulter, the brash Englishman, had a chance to put some pressure on the young Korean but he laid up on the par five 16th hole and didn’t go for the dangerous pin position on the island green 17th. Poulter may have been playing for the lucrative 2nd place money and holding out hope that Kim would falter down the stretch.

This wasn’t going to happen.

Over the final two, pressure-packed holes, Kim played to the center of the green on 17 taking par and blistered a drive down 18 making another solid par. Never mind his youth, Kim was the toughest player on the course and a deserving champion. Although the finish lacked any real drama, the Players always puts on a great show.

After last year becoming the youngest-ever winner of the Wyndham Championship, this year he performed the same feat at the Players Championship. Great things lay ahead for the youngster but they may occur far, far away from a golf course. Kim, a graduate of Sonsei University, said through his interpreter on Sunday that he is prepared to do his required tour of duty in the South Korean military.

“I really wish I could have that benefit,” Kim said of an exemption offered to South Korean Olympians and other athletes. “However, regardless of me winning this tournament, I really have to go to the military service and I’ve already decided I’m going to go so I’m ready for that.”