May 19 (UPI) — Brooks Koepka won the 2019 PGA Championship on Sunday for the second consecutive year as he shot 8-under par at Bethpage Black, defeating Dustin Johnson by two strokes.

Koepka became the first player since Tiger Woods to win the PGA Championship in back-to-back years (2006-07). It was Koepka’s fourth major championship victory, with wins in the 2017 and 2018 U.S. Open and last year’s PGA Championship.

“I’m just glad I don’t have to play any more holes,” Koepka told reporters. “That was a stressful round of golf. I’m glad to have this [Wanamaker Trophy] back in my hands.”

Johnson, the No. 1-ranked player in the world, caught up to Koepka in the final round. He parred five holes on the tough back nine and finished two shots away from Koepka, who held a seven-stroke advantage after the second round, the largest lead after 36 holes in PGA Championship history.

Koepka maintained his record seven-shot lead after the third round Saturday. He became the first golfer to lead from beginning to end in the PGA Championship since Hal Suttonin 1983. 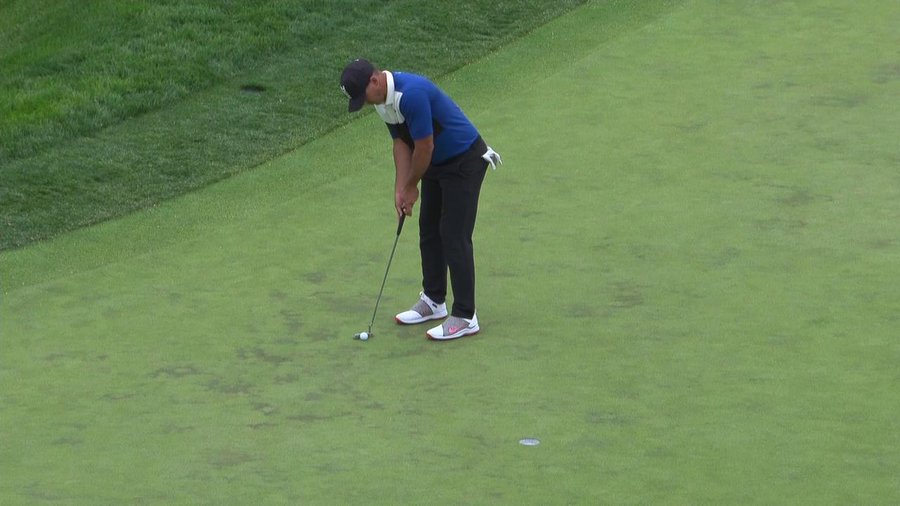 Koepka, who had four straight bogeys on the back nine, closed with a 4-over 74. His final round score was the highest by a PGA champion in 15 years since Vijay Singh was 4-over par in 2004.

Johnson shot a final round score of 69 to finish 6-under par Sunday. He became one of the few players to finish in second place in all four major tournaments.

“The golf course played extremely difficult. The wind was really, really blowing,” Johnson told reporters. “I’m very pleased with the way I played today in these conditions and I gave myself a chance.”

Jordan Spieth, Matt Wallace and Patrick Cantlay each finished 2-under par for a share of third place. Rory McIlroyand Matt Kuchar finished 1-over par and tied for eighth.