The video marks the coalition’s first step onto the media scene after the NBA announced the social justice-minded group last year.

“Our goal is really simple. We want to take moments of protest, moments of people power like we saw last year and turn them into public policy.” Executive Director of the National Basketball Social Justice Coalition James Cadogan said in the video. “We want to change laws.”

Later in the video, Cadogan promised that coalition will be the “next step and the next evolution in the unbroken chain of advocacy undertaken by players.” 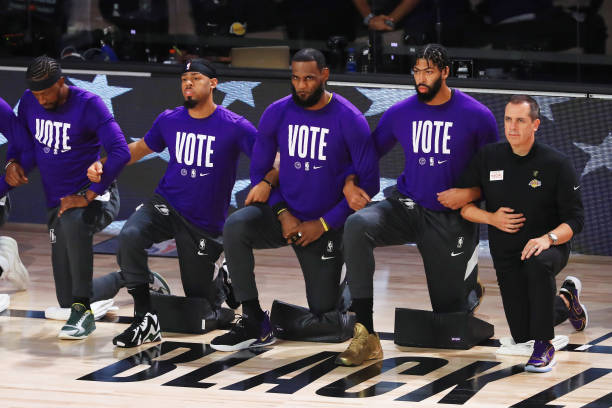 Upon its announcement in 2020, the coalition said that it will focus on various left-wing causes under the guise of vague phrases like “voting access and criminal justice system reform.”

“Through its mission to leverage the game’s influence to raise awareness, educate and advocate for meaningful reform, the Coalition will focus on action and change in several areas, including voting access and criminal justice system reform at the national, state and local level,” began the announcement.

The announcement later added that the coalition will be leading the effort to continue the league’s promotion of “racial inequality, advocate for meaningful change, and promote greater civic engagement.”

Leading the coalition are five team governors, five players, and two coaches. NBA Commissioner Adam Silver, who famously issued a groveling apology to communist China when one of his coaches voiced support for the Hong Kong protesters, also serves on the board.

The NBA jumped into the social justice scene with both feet in 2020 when it allowed players to openly push social justice messages on their jerseys during the game in the wake of George Floyd’s murder at the hands of Minneapolis police officer Derek Chauvin. During that same year, the NBA hosted events on the campus in Orlando where “players, coaches and staff participated in social justice programming” that featured the likes of former first lady Michelle Obama and former basketball player and Sen. Bill Bradley (D-NJ).