The Brooklyn Nets have given the unvaccinated Kyrie Irving a date for when he may return to the league, at least for road games.

The Nets announced in October that Irving would be out for the foreseeable future because he has steadfastly refused to take the coronavirus vaccine. The team noted at the time that Irving would neither be allowed to play games nor even practice with his teammates.

That same month, Irving explained that his refusal to get vaxed was not any political statement but was just “about being true” to himself. He added, “this is about my life and what I am choosing to do.” 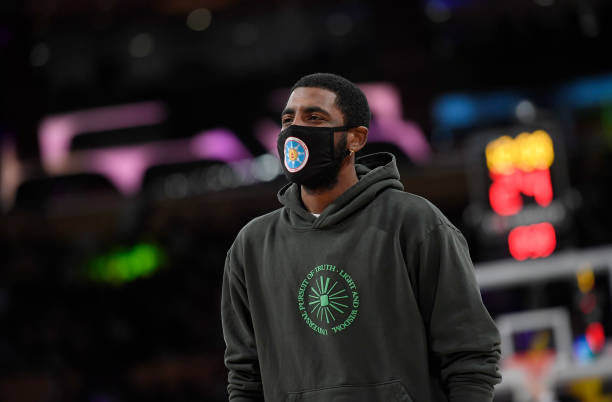 LOS ANGELES, CA – OCTOBER 03: Kyrie Irving #11 of the Brooklyn Nets, during a preseason game against the Los Angeles Lakers at Staples Center on October 3, 2021, in Los Angeles, California. Photo by (Kevork Djansezian/Getty Images)

Still, despite the team’s strict stance in October, by December, the team backtracked and told Irving that he could come back to away games. However, even as he was set to play, the Nets put him on the COVID Protocol list before he had the chance.

Finally, after all this dancing around, the Nets have announced that Irving will, at last, make his season debut on Wednesday after missing the first 35 games of the season.

Brooklyn Nets star Kyrie Irving is expected to make his season debut Wednesday on the road against the Indiana Pacers, sources tell @TheAthletic @Stadium. After missing the Nets’ first 35 games of the season, Irving has targeted Wednesday for his return.

Despite the road game appearance, though, Irving will still not be allowed to play at his own home games because New York City requires all entertainers and athletes to be vaccinated to be allowed to enter any stadium, arena, theater, or concert hall. As a result, Irving is also still barred from playing in Madison Square Garden against the New York Knicks, as well as in Los Angeles against the Lakers. He will also be barred from home games for the Warriors and Clippers.