NFL players get all kinds of advice from veterans before playoff games. Though, Buffalo’s Josh Allen probably didn’t see this particular bit of advice coming.

Temperatures are expected to hover around 2 or 3 degrees on Saturday night when the Bills take on the Patriots. To cope with the frigid temps, former Jets and Ravens linebacker Bart Scott suggested that Bills quarterback Josh Allen take Viagra to get that “circulation going right.”

“Viagra, take some viagra before the game, baby,” Scott told ESPN’s Dianna Russini on Get Up Thursday morning. “Gotta get that circulation going right.”

Russini, understandably, was caught off guard by the remark.

Bart Scott had some, uh, interesting advice for Josh Allen as far as how to handle the cold weather and his potential blood flow issues for the playoff game this weekend…. pic.twitter.com/yXroC9kNs3

According to Scott, it’s common for players to take Viagra before games.

“It opens up the blood vessels,” Scott explained. “A lot of NFL players, at least in my day, took viagra. A lot of endurance athletes. Viagra was first a heart medicine. It builds up circulation.” 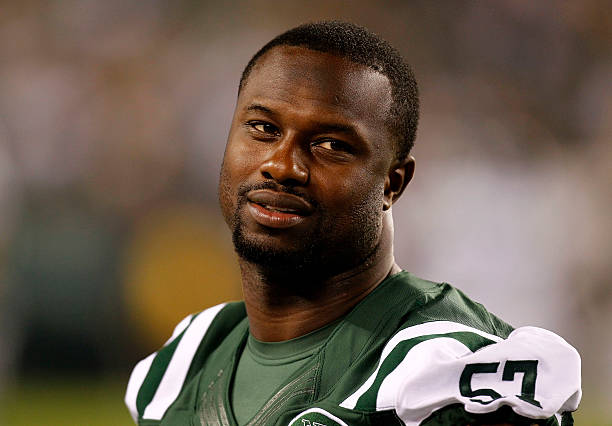 PHILADELPHIA – AUGUST 30: Bart Scott #57 of the New York Jets stands on the sidelines during a preseason game against the New York Jets at Lincoln Financial Field on August 30, 2012, in Philadelphia, Pennsylvania. (Photo by Jeff Zelevansky/Getty Images)

Of course, one would think that taking an erectile dysfunction treatment before a game could lead to mobility issues, but apparently not.