During a discussion of the massive volcanic eruption near the Pacific island nation of Tonga, Burleson gravely cited the “harsh reality” of climate change and insisted that we all need “to do our part” to address it, Newsbusters noted.

During the segment, Burleson noted that the area is coated in a “thick coat of volcanic ash,” and three local islands suffered damage from tsunami waves that reached nearly 50 feet in height. 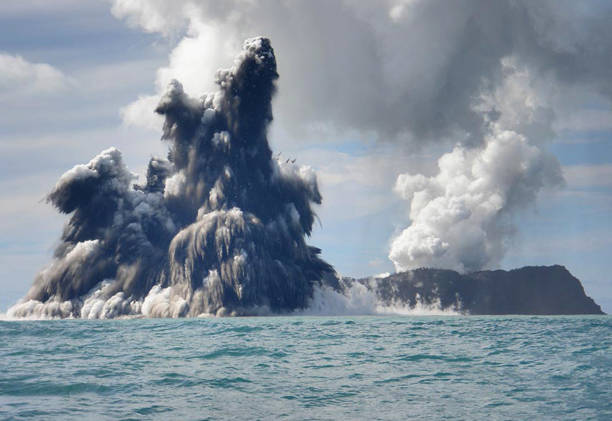 But then Burleson diverted the conversation to climate change.

“You know, we oftentimes talk about climate change quite a bit,” the ex-football player insisted. “These stories are a harsh reality of what we’re going through, and we have to do our part because these are more frequent.”

Burleson’s co-hosts, Democrat donor Gayle King and Tony Dokoupil, then engaged in bobble-headed agreement with Burleson’s proclamation that volcanoes are a result of global warming and are happening “more frequent.”

However, Burleson was hit with ridicule on Twitter for making the absurd claim that volcanoes are somehow affected by global warming.

Hey, Curt you have to listen 👂🏻 didn’t say the Volcano was caused by climate change.

Mother Nature has ways of contributing to climate change, so my point is we need to do our part to take care of this planet.

I missed a few days in school but this wasn’t one of them… 📖 https://t.co/D5D5c0wUiV pic.twitter.com/rk4vsP9g4x