India’s foreign ministry on Thursday announced a diplomatic “boycott” of the 2022 Winter Olympics in Beijing in response to China’s decision to elect a Chinese soldier who fought against India in a June 2020 border skirmish as a torchbearer for the Games, India’s CNN-News18 reported.

“We wish to inform that our chargé d’affaires of the Embassy of India in Beijing will not be attending the opening or the closing ceremony of the Beijing ’22 Winter Olympics,” Bagchi told reporters at a February 3 press briefing.

A “diplomatic boycott” is not a boycott, as diplomats are not athletes and the Winter Olympics is an athletic event. India has sent only one athlete — alpine skier Arif Mohammad Khan — to participate in the 2022 Winter Olympics, which Beijing will host from February 4 through February 20. No evidence suggests Khan will boycott the event, rendering Bagchi’s statement insignificant. 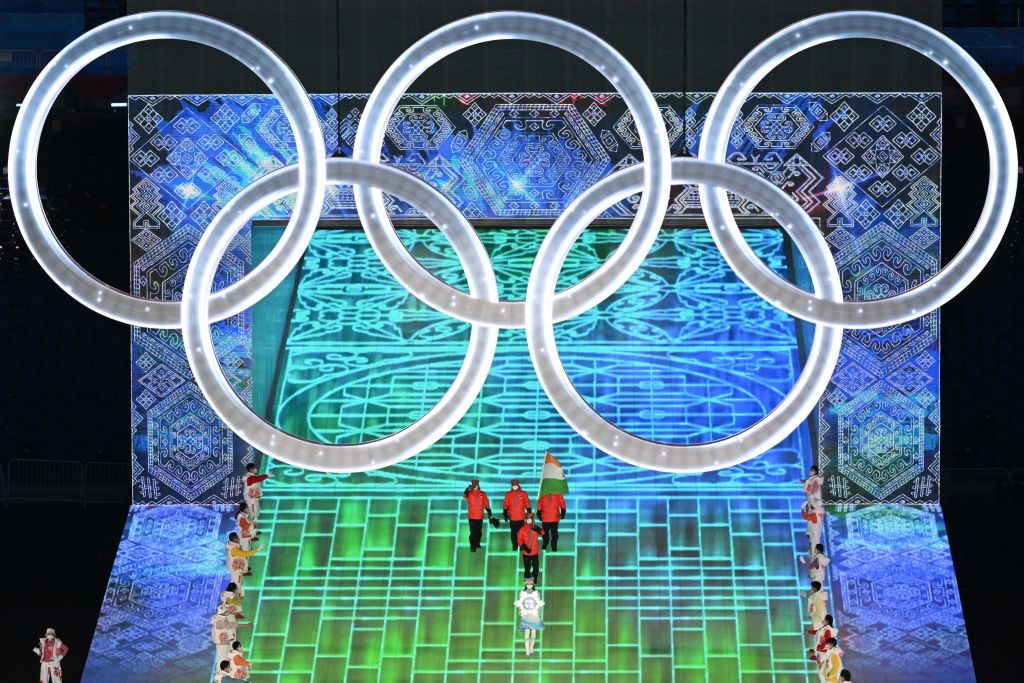 India’s flag bearer Arif Mohd Khan parades during the opening ceremony of the Beijing 2022 Winter Olympic Games, at the National Stadium, known as the Bird’s Nest, in Beijing, on February 4, 2022. (JEWEL SAMAD/AFP via Getty Images)

China and India remain deadlocked in a Himalayan border dispute that began on June 15, 2020, in the Galwan Valley of India’s northern Ladakh state. Two border regiments from either side of the unmarked boundary fought in an overnight brawl that killed 20 Indian troops and “at least 38 PLA troops,” according to a report cited by the Times of India on February 3.

“At least 38 PLA troops … were washed away and drowned that night,” the Klaxon, an Australian online newspaper, alleged in a report published February 2.

The Klaxon cited as its source the findings of social media researchers, including conversations held on Weibo, China’s version of Twitter.

Beijing has so far acknowledged just four PLA deaths in the June 2020 Galwan Valley clash, which was the deadliest border conflict between China and India in 45 years.

Following the Indian MEA’s announcement on February 3 that it would not send its “chargé d’affaires of the Embassy of India” to the opening or closing ceremonies of the 2022 Winter Olympics in Beijing, the Indian public broadcaster Doordarshan said it would not broadcast either events.

“Consequent to the announcement by @meaindia, @ddsportschannel will not telecast live the Opening and Closing ceremonies of the Winter Olympics being held in Beijing,” Shashi Shekhar Vempati, the CEO of Doordarshan’s parent company, Prasar Bharati, wrote in a statement posted by his official Twitter account on February 3.