On Independence Day, ESPN proudly highlighted an anti-American screed by columnist Howard Bryant who moaned that the U.S. has lost freedoms because of the Supreme Court, “forced patriotism” at sporting events, and the evils of the Capital riot on January 6.

In his attack on the U.S.A. entitled, Baseball, barbecue and losing freedom this Fourth of July, Bryant — who is identified as an “ESPN Senior Writer” — took readers on a journey about how wonderful the July 4th weekend was when he was young.

But it is no longer; he proclaims, firstly because of the “two decades of paid patriotism” at sporting events. “We’re all numb to the spectacle,” he claimed, as if one can no longer feel patriotism at a sporting event.

But “forced patriotism” at sporting events is his most minor complaint. Bryant quickly turned to the recent decisions of the U.S. Supreme Court to cry about lost rights even as every point he discussed had nothing to do with rights.

Grilling, baseball and fireworks, first replaced by symbols — and now by a country tearing itself completely apart. July 4, 2022, falls in the midst of devastation. It is Independence Day in America with independence under current and relentless assault. From Miranda rights to the environment, to the separation of church and state, to guns — so many guns — people are reeling. The U.S. Supreme Court has run a chain saw through what two generations of Americans had known to be the legal baselines of their lives. Tens of millions of women today do not feel freedom and certainly are not celebrating independence. The people who can become pregnant who feel celebratory toward the Court may do so from the victory of their position, but it nevertheless remains true that the power of choice — and the right to privacy — has been taken from all of them.

Again, if “Grilling, baseball, and fireworks” was all there was to Independence Day to Bryant, then he never knew what it was about in the first place. But his Supreme Court points were also misplaced. First, the high court’s Miranda ruling didn’t take anyone’s rights away. It just ruled that suspects can’t sue police departments over it. The court did not end the separation of church and state, in fact, it upheld an individual’s right to religious expression, and the court gave rights back to people in its New York gun case decision. Finally, and most certainly, his lie about the reversal of Roe was de rigueur for leftists — and a lie — because the court did not make any ruling at all making abortion illegal. It just stopped the federal supremacy of Roe leaving the rules over the matter to the states.

Then he goes on to claim that the Betsy Ross flag and the American flag have “been co-opted by white nationalist groups, some of the same ones who stormed the U.S. Capitol on Jan. 6, 2021.” 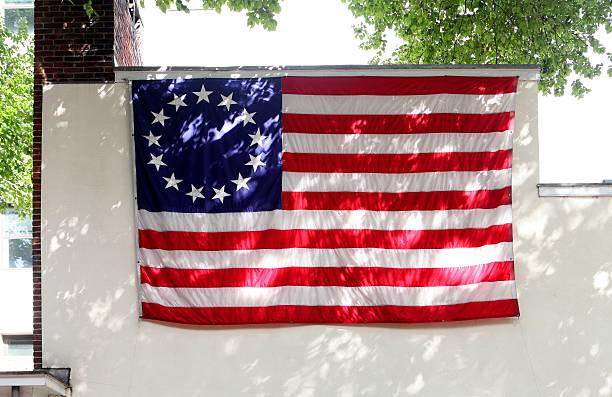 Nothing has been “co-opted.” But it has, perhaps the left’s constant trampling on the flag, burning of the flag, upside-down hanging of the banner, and the left’s general hate for the American flag prompted any such “co-opting” if there has been any.

Bryant next turned his poison pen to the so-called “insurrection” on Jan. 6, which he blamed on “white people: and then actually said, “imagine if Black people did that.” 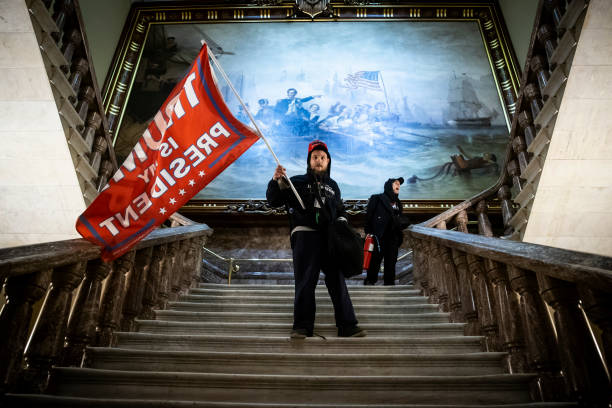 Apparently, he is unaware of the last ten years of Occupy Wall Street, Black Lives Matter, George Floyd, Antifa, and defund the police riots that have killed dozens, destroyed billions in property, and razed neighborhoods and business districts to the ground, all while no one lifted a finger to stop them.

The left-wing columnist then insisted that you aren’t an American if you did not watch the Jan. 6 show trials on TV. Of course, he didn’t bother to note that few people joined him in watching the Democrat’s one-sided, biased fake news extravaganza.

Before he went on with his lies about the events of Jan 6, Bryant waxed poetic about how those poor innocent NFL players were punished for taking a knee for the entirety of the 2016 and 2017 NFL seasons. Of course, only one player of hundreds found any actual hardship from their protests. Colin Kaepernick, the loudest and first hater of the U.S. to indulge the protest against the country, was not punished during the 2016 season while he dissed our flag, history, soldiers, and first responders. But, when he turned free agent in 2017, he suddenly found no team willing to bring his sort of grandstanding into their locker rooms. Not one of the hundreds of players who protested saw any problems at all with their careers.

He then began disgorging lies about the events on Jan. 6:

You always wondered how the players would react to Jan. 6, knowing that the people who stormed the Capitol, threatened congressional leaders and the vice president of the United States, and were part of a riot that led to a police officer’s death, reflected the same constituency of Americans who told the players to obey, to respect the flag, to find a better way to protest.

Bryant had a whopper of a lie in that paragraph. No police officers lost their lives on Jan. 6. And no police officers who died in the weeks following the event died as a result of their efforts on that fateful day. None. Not one.

He didn’t just ply the “cops were killed” lie once, either:

When the barricades were overrun, and elected officials of both parties hid under their desks, and the cops were killed, and the very people who told Black people to respect the law and obey did not obey…

Next, Bryant claimed that white men in sports could do and say whatever they want, and oddly he pointed to the Washington Commanders’ Jack Del Rio as his evidence.

One man who wasn’t silent was Washington Commanders defensive coordinator Jack Del Rio, who lit the gas lamp — and dismissed Jan. 6. He called it a “dust-up.” There was the outrage. Internally. On Twitter. But you get it. If the past several years have reinforced anything, it is that there has always been a separate set of rules, a concierge lane, a front door exclusively for white America. Jan. 6 crystalized this truth.

Wait, Jack Del Rio can do and say what he wants with impunity? Hardly. Not only was he forced to apologize for his comments, but he was also fined $100,000 just for having his own political ideas.

It sure doesn’t seem like Jack Del Rio’s “white privilege” gave him much protection.

Bryant, who is black, then gave us several hundred words on how black people aren’t really citizens and were “brought here to work” and are “in service” to white people. Bryant then noted that white people “believe this country belongs to them” and not to blacks. He added that blacks “participate in the American dream” only when white people say they are allowed to do so.

He then announced his support for terrorists who kill Israelis — what that has to do with Independence Day is anyone’s guess.

There are two rules in the United States, never directly articulated but rife with consequence when broken: Beyond what the mainstream, which is to say white America, determines to be acceptable, it is forbidden to express humanitarian compassion and concern for the people of Palestine — just ask Dwight Howard. And it is unacceptable to unequivocally advocate for Black people. The former is in general violation of the nation’s foreign policy, the latter is universally understood to be career threatening for the simple fact that any Black athlete that stands up for his people is routinely referred to as “brave.”

Bryant began wrapping up his anti-American attack by saying, “NO ONE WHO cares will ever forget where they were on June 24, 2022, when the Supreme Court ended legal, federally protected reproductive choice.” The concept seems dubious.

He next noted how upset he was that few male sports stars had much to say about the Supreme Court’s Roe ruling.

Some prominent male athletes offered public support, as did the social media accounts of some teams, but you think about the players, the teams, the games, and all of the performative nature of support. Just the word support is incorrect, for it suggests the abortion option did not affect men, was not their fight. You think of the hideous mendacity of it all, that Roe saved the futures of as many men as it did women. Careers continued. Dreams were not derailed. Privacies were maintained. You think about the enormous gap between the fashionable statements, where the adversaries profit by saying the right things, and the actually committed people who will march and support and do the work. And while you contemplate another example of gaslighting in this country, it reminds you of USA Today columnist Nancy Armour’s piercing question the day Dobbs replaced Roe: Where are all the girl dads?

Next is this quixotic statement: “Race, class and gender. They are the third rails of American life.” But, wait, isn’t that five rails?

Oh, and did you know “girl dads” stole the favorite phrase that so long covered the excuse to kill babies and then used it for the Rona?

“You think about the pandemic, when so many of the girl dads, in the clubhouse, the press boxes and in the stands, gaslit their girls by stealing their language because they did not want to wear a mask or be vaccinated,” Bryant huffed. “‘My body, my choice,’ they would insultingly say. The term of empowerment that belonged to the pro-choice movement for a half-century became a rallying cry for people who could not bear the horrors of wearing a mask.”

After initially blaming sports for buying “forced patriotism” with their money, he then accused corporate America of using their deep pockets to meaninglessly pander to gays with a month-long bacchanal of “gay pride” advertisements.

Well, at least he got that one right.

But he used that criticism to attack the few sports billionaires who donated to conservative causes and politicians. “But at the ballpark, there will be hats for sale. Aspiration was spray-painted on the field (End Racism). And online? Hashtags,” he says in his penultimate paragraph.

He ends his hateful broadside by saying that America is no longer America with a you-know-what-I-mean wink:

You can stop drifting now. You’re home. Pull the car into the driveway. Home. For a moment, you are unsure exactly what that word means — or perhaps more accurately, on this Independence Day and during the crushing weeks that preceded it, you are 100% certain that you do.

In the end, you might be able to feel for this hater. After all, his side has been winning every argument, economically, culturally, and in sports, since the 1960s. And now that conservatives have won a few sparse victories, slobbering leftists like Bryant probably do feel like the world is ending.

But this fact makes them all the more un-American. It reveals their inner fascists in that they are perfectly fine with “America” as long as their side is winning all the battles. but if Americans who disagree with them win a few — well, everything is “lost.”