A fisherman from the UK is likely to enter the history books after catching what could be the largest goldfish ever seen or heard of.

The monster fish was caught by 42-year-old Andy Hackett, a Brit from Worcestershire, while fishing at Bluewater Lakes in Champagne, France.

The fish, nicknamed The Carrot, is not exactly a true goldfish. Instead, it is a unique blend of two carp species: leather and koi. 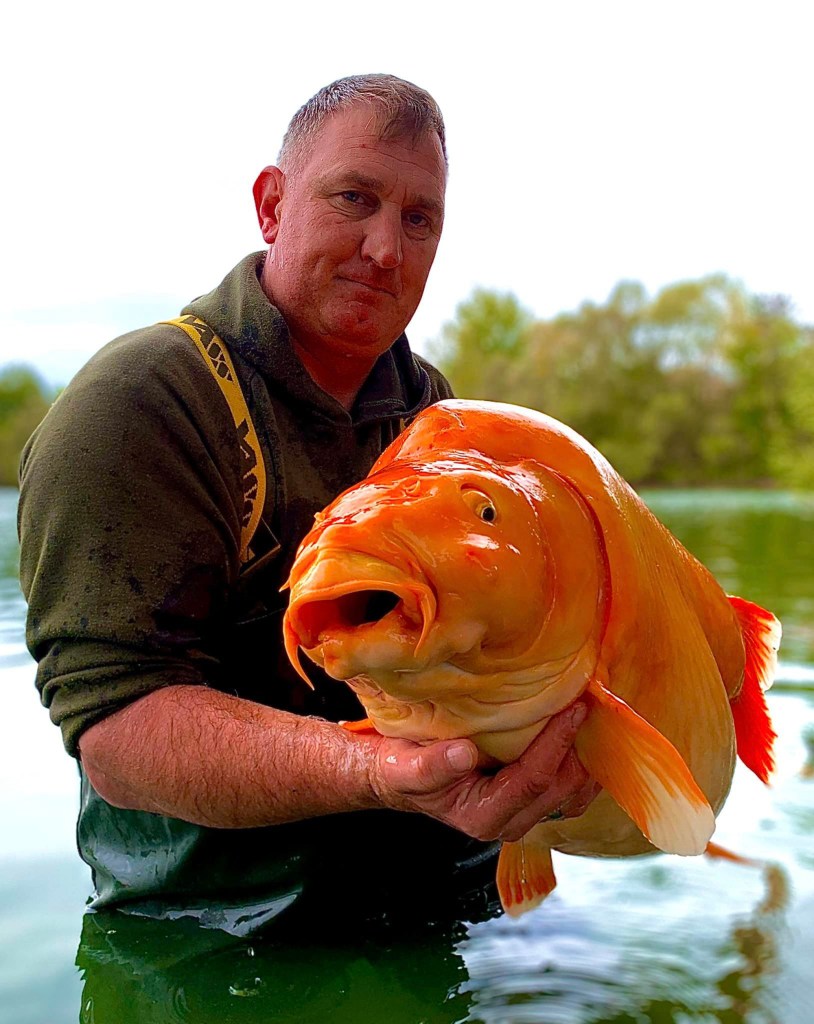 “I always knew The Carrot was in there but never thought I would catch it,” Hackett explained.

Hackett explains that it didn’t take him long to realize he had hooked a special fish.

‘I knew it was a big fish when it took my bait and went off side to side and up and down with it,” Hackett said. “Then it came to the surface 30 or 40 yards out and I saw that it was orange.

“‘It was brilliant to catch it but it was also sheer luck,” he added.

The previous record for a goldfish or variant goldfish species was set in 2019 when an angler in Minnesota hauled in a 30-pound Bigmouth Buffalo believed to be 100 years old. “The Carrot,” a comparatively youthful fish thought to be only 20 years old, officially weighed in at 67.4 pounds.

The good news for The Carrot, besides suddenly becoming famous, is that he is still alive and well. Hackett released the fish back into the lake (after posing for pics, of course), allowing him to gain even more weight so that he can break his own record if he has the misfortune of being caught again.