Before eventually bowing to the woke mob, Cowboys linebacker Micah Parsons had a moment of true Twitter bravery where he blasted the Biden Administration for trading to get WNBA star Brittney Griner but leaving behind Marine Paul Whelan.

In a tweet that has since been deleted, Parsons wrote: Wait nah!! We left a marine?!! Hell nah.”

The deal Biden arranged sent a notorious Russian arms dealer named Viktor Bout, known to many as the “Merchant of Death,” back to Russia in exchange for Griner. However, because the Russians consider Whelan a spy, they refused to include him in the deal. So then, through an actor of tremendous cowardice, betrayal, and pure political calculation, Biden agreed to swap a man who had tried to sell anti-aircraft missiles to terrorists who wanted to kill Americans for an anthem-protesting WNBA player and left behind a Marine.

Moments ago I spoke to Brittney Griner.

Though, before the wokesters targeted Parsons for destruction and eventually convinced him to delete his excellent tweet, former NFL great and current WFAN host Boomer Esiason discussed Parsons’ post on his radio show.

“I’m telling you, more people feel that way than don’t,” Esiason said. “I can tell you that right now. I know that we’re all happy that Brittney’s home like we said earlier on. But when you think about the magnitude of what we traded to get back a WNBA professional athlete and left a Marine sitting there whose family has been trying for years to get him out of there with nothing, nothing from the U.S. government. 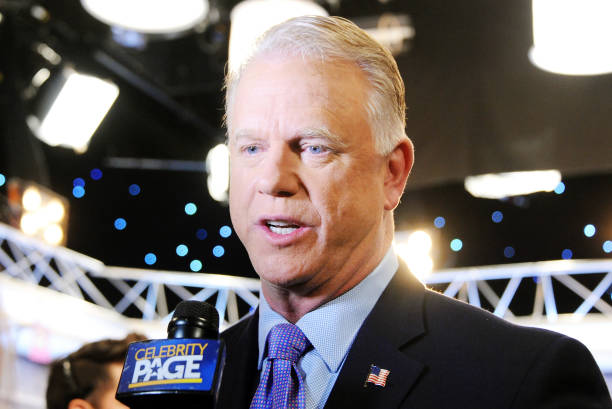 “I kinda feel like the Russians basically were using her to get this guy out. It’s not an even swap – it’s not. We all know what happened to Brittney should have never happened. But man, we look so pathetic. And listening to our President talk about this is such a pathetic feeling. I want to be happy, but I can’t be.”

Esiason’s thought about the many people agreeing with Parsons’ original tweet was proven right. Twitter was deluged with a swarm of angry responses to the deal, with many blasting Biden for abandoning Phelan.