A Palestinian attempted to carry out a stabbing attack outside Jerusalem’s Old City on Tuesday evening, and was shot dead by Israeli police, Israeli and Palestinian officials said. 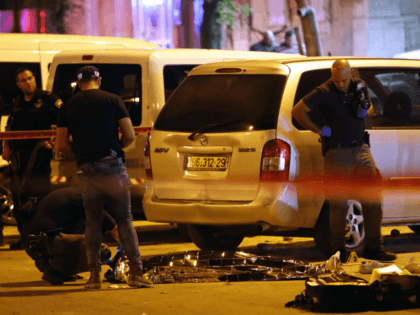 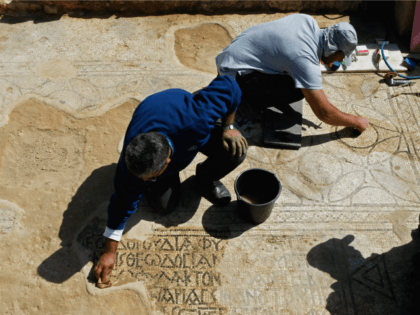 TEL AVIV – With the endorsement of Defense Minister Avigdor Liberman, lawmakers on Sunday submitted a proposal to strip Arab Israeli terrorists of their citizenship in response to Friday’s terror attack in Jerusalem. 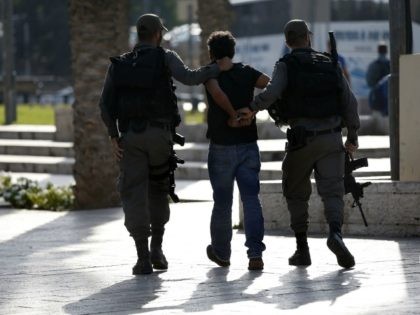 TEL AVIV – President Donald Trump’s son, Donald Jr., on Saturday slammed the BBC for its headline on the Jerusalem terror attack that only mentioned the deaths of three Palestinians and failed to mention that they were terrorists who murdered a border policewoman. 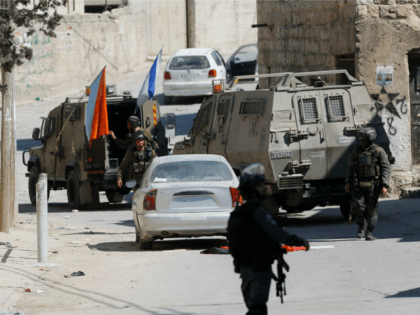 TEL AVIV – Prime Minister Benjamin Netanyahu slammed the Palestinian Authority for its failure to condemn Friday’s terror attack in The Old City of Jerusalem, and urged the international community to put pressure on the Palestinians to end the practice of paying salaries to terrorists and their families. 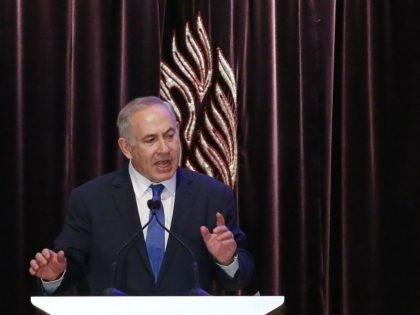 TEL AVIV — On Friday, the Islamic State group claimed responsibility for the terrorist attacks in Jerusalem in which an Israeli policewoman was murdered and two others were wounded, prompting skepticism of the claim not only from Israel but from Hamas and among pro-jihadist Palestinian advocates on social media. 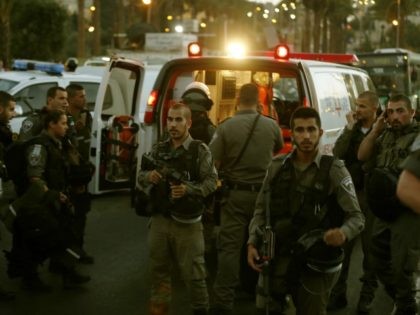 Three Palestinian assailants armed with guns and knives carried out an attack Friday night in Jerusalem that killed one Border Policewoman and left a number of people wounded. 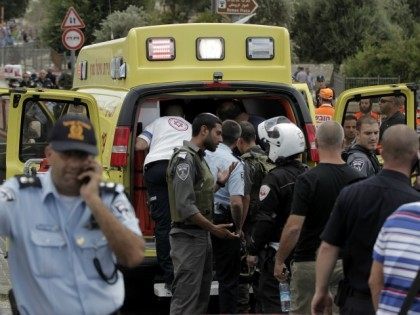 Both Islamic State and Hamas claimed responsibility for an attack in Jerusalem on Friday in which an Israeli border policewoman was killed, but the Israeli army said the assailants didn’t belong to any terror group.

Clashes have broken out between Palestinian protesters and Israeli security forces as Israeli demonstrators march through the Old City of Jerusalem to mark the 50th anniversary of city’s eastern half with its western half under Israeli sovereignty, which the protestors consider an occupation.

A Palestinian stabbed an Israeli police officer near Jerusalem’s Old City on Saturday and was shot at the scene.

An unidentified Palestinian woman who threatened Border Police officers with a knife at the entrance to the Old City’s Damascus Gate was shot Sunday by her would-be victims. None of the officers were wounded. 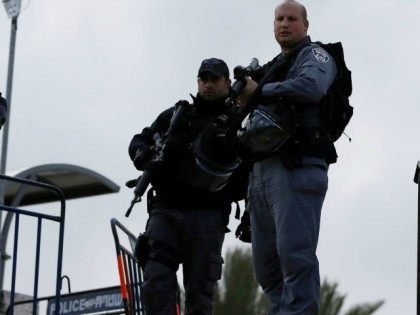 Three Wounded in Terrorist Stabbing at Lion’s Gate in Jerusalem

A terrorist carried out a stabbing attack at Lions’ Gate in Jerusalem’s Old City on Wednesday afternoon, leaving two policeman lightly wounded before being neutralized. 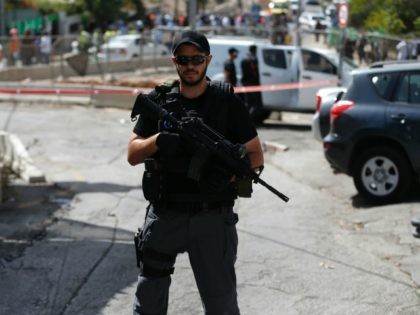 Border Police shot and killed a Jordanian man as he attempted to stab a female officer at the Damascus Gate in Jerusalem’s Old City on Friday, police said.

Israeli Teen Stabbed in Back Outside Old City’s Damascus Gate

Following a relative lull in violence outside of the Old City’s Damascus Gate in east Jerusalem, an Israeli teenager was stabbed in the back Monday night near the flashpoint area, in what police are deeming a criminal matter, not terrorism. 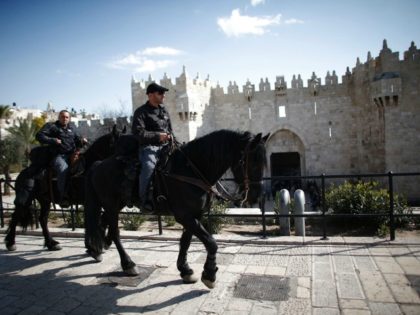 Clashes erupted Monday as Israel’s military demolished the home of a Palestinian accused of involvement in a February attack outside Jerusalem’s Old City that killed a policewoman, officials said. 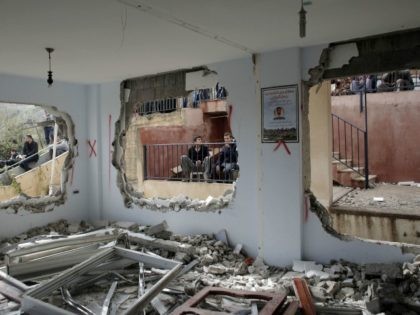 They came with drums, hundreds of Israeli flags attached to cheap sticks, and shirts with images of a rebuilt Jewish Temple on them. 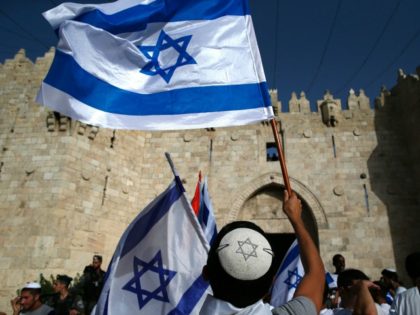 The Times of Israel reports: Security forces thwarted a terror attack in Jerusalem on Thursday afternoon, when they arrested a Palestinian minor in possession of a knife who admitted during interrogation that he planned to carry out a stabbing, Israel Police said in a statement.

A Palestinian civilian was seriously wounded in a combined vehicular and shooting attack near Jerusalem’s Damascus Gate. Two terrorists from Kafr Aqab in East Jerusalem tried to run over policemen and civilians near the Jerusalem light rail’s stop nearby. 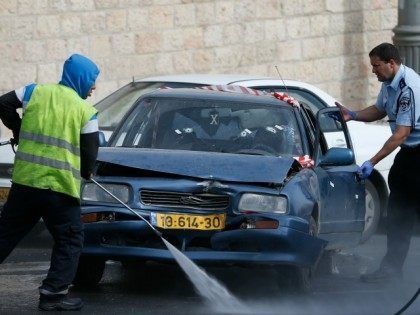 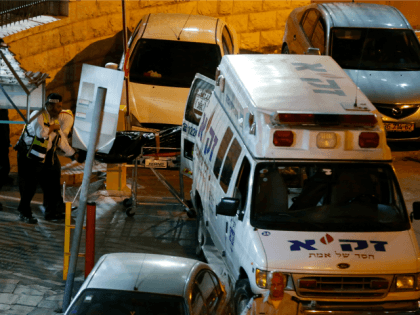 TEL AVIV – The Washington Post’s Jerusalem bureau chief, William Booth, was briefly detained and questioned by authorities here on Tuesday while he was covering events just outside the Damascus Gate, one of the main entrances to Jerusalem’s Old City and scene of numerous recent terrorist attacks. 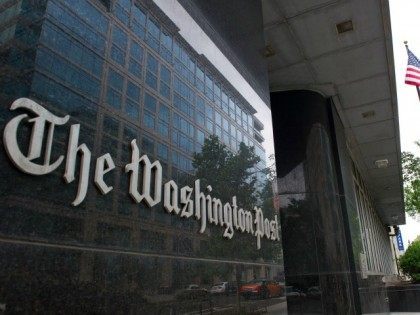 Another Attempted Attack at Damascus Gate

A young Palestinian woman carrying two knives was arrested next to the Damascus Gate at the Old City of Jerusalem on Monday. No one was hurt in the incident. 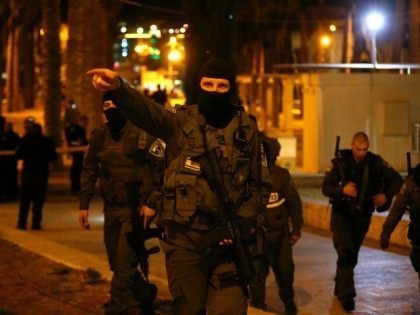 JERUSALEM (Reuters) – Israeli police officers fatally shot two Palestinians who opened fire at them outside Jerusalem’s walled Old City on Sunday, police said, on a day when officials said three other Palestinian terrorists were killed in two other incidents. A 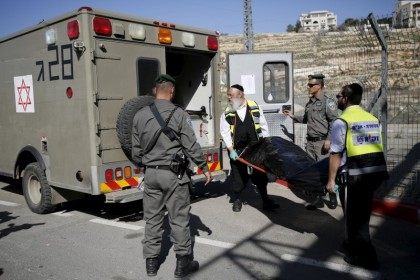 The Israeli army locked down a village in the West Bank, the military said, as part of efforts to find the terrorist who stabbed a Jewish man from a nearby settlement Tuesday. The army spokeswoman said only “humanitarian cases” would be 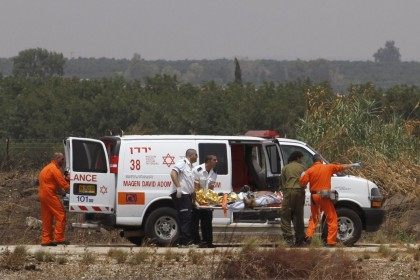 Ynetnews reports:  A 16-year-old Palestinian girl from East Jerusalem attempted to stab Border Policemen Tuesday morning at Jerusalem’s Damascus Gate and was arrested. No injuries were reported. Border Policemen saw a young girl who aroused their suspicion. They approached her 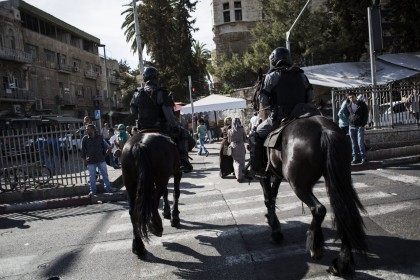 TEL AVIV – Three terrorists armed with a rifle, knives and an explosive device perpetuated a combined shooting and stabbing attack at Jerusalem’s Damascus Gate, one of the main entrances leading into the Old City. 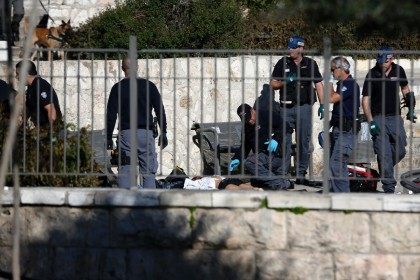