Last weekend, Activision Blizzard gave the peasantry a large a glimpse of their upcoming shooter/MOBA hybrid Overwatch. Against all odds on these preview events, it seems to have gone off without a hitch.

I wasn’t sure what to expect as I dove into the beta weekend. Overwatch, like Gearbox’s Battleborn and Hi-Rez’s Paladins, seems to be trying to hammer out a first-person shooter space in the MOBA genre which is already swamped with traditional entries. The preview content featured thus far had done little to convince me to take the leap, though the game’s development pedigree kept me intrigued.

I know, I can be pretty hard to please. I don’t make excuses for games, and I have a tendency to skewer even the things I love. What I experienced in Overwatch wasn’t unmitigated joy, but a happy sort of surprise.

First off, let’s judge a book by its cover. The game is gorgeous. Character designs, while inconsistent in quality, are all beautifully animated and distinct. The generic appeal of Reaper or Widowmaker is eclipsed by the more visually interesting Junkrat or Winston, but all of them set a pretty high quality standard. The art style is simple enough to still maintain its distinct appeal on low settings, but really shines when you crank the graphics to eleven. 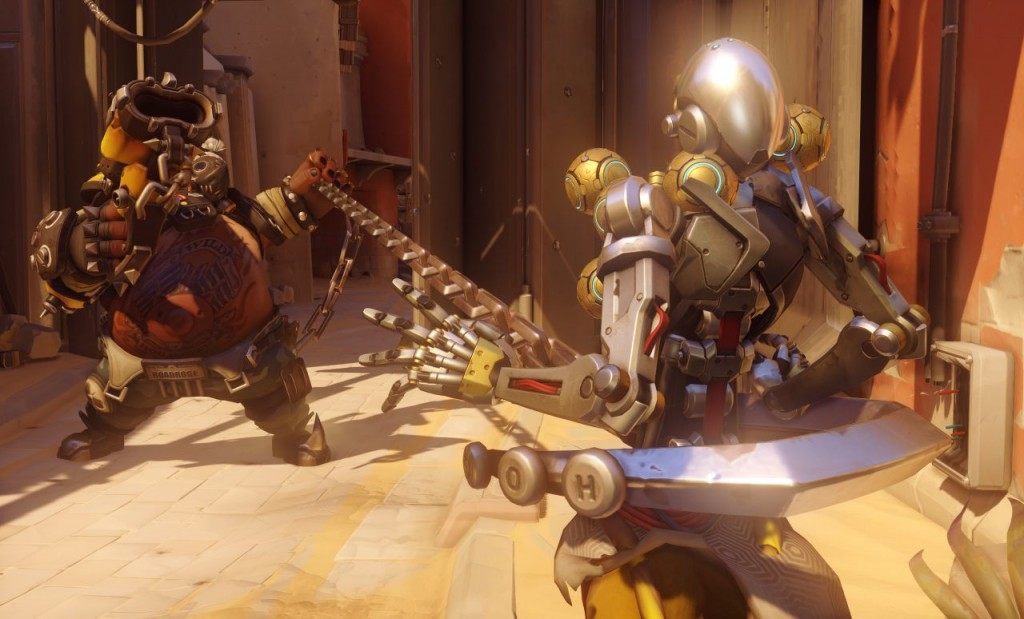 The level design, while simple, is still chock full of navigational challenges and opportunities. At the moment they’re a bit on the plain side, but their design is clean and efficient. There are little to no gameplay bottlenecks evident in map design, despite a plethora of alternate routes and navigation abilities. One thing Blizzard consistently delivers on is intuitive design, and this is another clear win.

Matches feel much more like Team Fortress 2 than League of Legends, however. While the expansive roster and role selection feel like something straight out of Riot’s playbook, the objectives are pretty standard: control point capturing and payload delivery. It would have been tiresome if not for all of the unique abilities at play.

Overwatch takes a new approach to the typical MOBA character loadout, something even simpler and more direct than SMITE‘s gods. Your weapon substitutes for the typical auto-attack, but each character’s basic offensive tool has unique applications. You’ll see everything from Old West six-shooters to shurikens and lightning. After that, each character features abilities at varying levels of potency. It might be as simple as a small mine, or as game-altering as the ability to scamper up walls like a coked-out Spider-Man.

It’s not perfect, though. For one thing, the balance is all over the place. I’m not sure how much of that is just beta growing pains, but I don’t recall a match in which players using D.Va didn’t dominate the scoreboard with her limitless gatling shotgun and ability to respawn her power armor shell ad infinitum, or blow it up with a team-annihilating reactor explosion. Many of the more complex characters don’t seem to justify their complicated play styles by being any more effective than the more elemental point-and-shoot options. 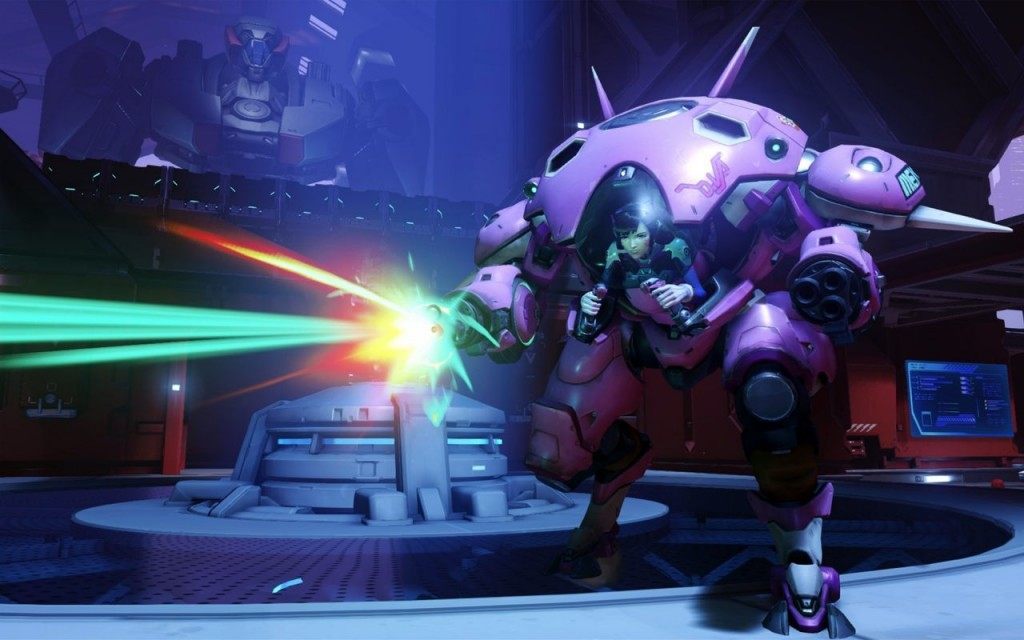 The levels, for all of their flexibility and glamour, simply aren’t varied enough. In particular, the Eastern-themed “Hanamura” zone defense level is just a series of wooden boxes with very little styling outside of cherry blossoms and a bell. A few areas make for nice screenshots, but nothing else about the area is at all interesting.

Because there is no leveling during the match, typical MOBA snowballing isn’t a concern. Your skill and team composition will dictate a win or a loss from the beginning until the end of a match. However, right now secondary objectives of any kind are conspicuously absent. It would be nice to see Overwatch give trailing teams some other tactical options.

While I enjoyed my time with the game itself, I’m still more than a bit concerned about pricing. The game plays like something you’d download for free. I’m not sure that gamers are going to be interested in an up-front paywall that could still require further purchases as the roster expands.

I’ve yet to get my hands on Paladins or Battleborn, but this weekend has left me cautiously optimistic about Activision Blizzard’s approach to this emerging subgenre. Only time will tell us whether Overwatch is distinct enough to coax open wallets among some pretty solid competitors.

Nate Church is @Get2Church on Twitter, and he can’t become a wildly overhyped internet celebrity without your help. Follow, retweet, and favorite everything he says. It’s the Right Thing To Do™!