The video was a trailer for a fictional film called “The Trump Effect” using music and a voiceover from a trailer for EA/BioWare role-playing game Mass Effect 2 to describe Trump as the “one man who stands between humanity and the greatest threat of our brief existence.”

The audio accompanying the video, which included the popular song “Heart of Courage,” was taken from the official trailer for the game Mass Effect 2, which was published by EA in 2010.

EA Corporate Communications spokesman John Reesburg told Breitbart News: “The video was an unauthorized use of our IP.  We do not support our assets being used in political campaigns.”

Trump retweeted the video Monday morning, and the video was taken down by mid-afternoon. 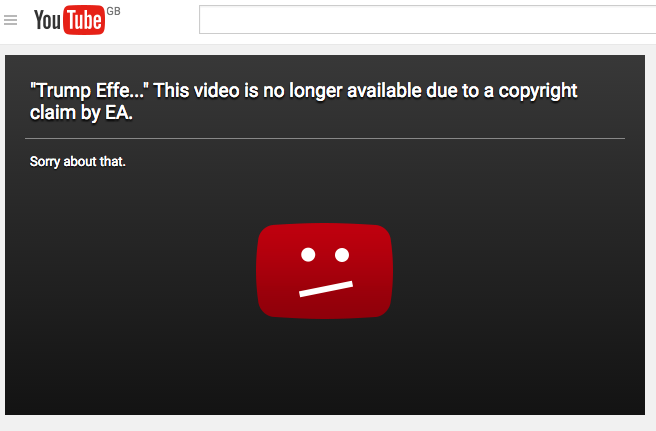 Manveer Heir, a developer on Mass Effect 2, also took to Twitter to condemn the use of his material.

It is not the first time that supporters of the Republican frontrunner have faced issues surrounding the use of music. Representatives for British singer Adele earlier this year said that she “does not give permission for her music to be used for any political campaigning” after backlash over Trump using her songs at campaign rallies.