One of the accusations regularly leveled at me is that I’m transphobic, which suggests I have an irrational fear of people who suffer from gender dysphoria.

Nothing could be further from the truth. In fact, I’m seeing an emerging trend of trans-Milos coming out on Twitter, although like their transsexual sisters (brothers, kin, whatever), only a very small percentage of them can pass.

As a model Catholic, I love my neighbor as myself, and that includes trans people, even if I might disagree with their choices, and occasionally consider them batshit mental. I just don’t want my neighbour’s 13 year old daughter to be forced to figure out what she thinks of a girl with tits and a dick showering next to her. Or be smashed in the face with a surprisingly masculine volleyball spike when she ought to be learning math and civics.

In fact, there is a particular subset of transsexuals that I deeply admire and respect.  They face the ultimate double whammy in life — not only are they women trapped in men’s bodies, but they are Trump supporters trapped in an LGBT culture fanatically opposed to him.  This is a special affinity I share with these kindred spirits.

Yes, that’s right — a growing number of transsexuals are coming round to the hottest, coolest, most charismatic Presidential candidate in recent memory. And why wouldn’t they? Particularly if you’re a male-to-female tranny, I expect Trump is irresistible — as he is for me.

I’m particularly keen on Trump-supporting trannies, largely because they send left-wingers into a tailspin. They’re the ultimate rebel minorities, refusing to be a part of the Left’s PC language codes and incessant emphasis on gutless victimhood.

In that, they far better represent the mischievous spirit of the queer rebels of the sixties and seventies than do today’s god-awful LGBT lobby.

Nothing vexes the Left more than minorities who refuse to stay in their lane and do what they are told.  So, in a sense, trannies turning against them is the deepest betrayal, since they are the most special of special snowflakes in the political spectrum.  It’s kind of funny that the Left can be more rigidly patriarchal than me — and I refer to Trump as “Daddy!”

I wanted to learn more about these renegade trannies, so  my researchers and I tracked some of them down to find out exactly why they support Daddy. 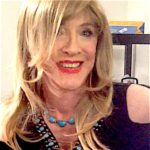 Rachel is a medical researcher and neurologist. She runs a group called ‘Genders United for Trump.’

“Trump is a cultural phenomenon. He represents a massive cultural change in the political establishment that we haven’t seen in over 200 years. His policies are common sense, and they are not conditioned by dogmatic adherence to either the left or right.”

“I think Trump will win by a landslide.. Trump is the only person who can appeal to democrats, republicans, independents and those who’ve never voted.”

“I call the Transgender community the ghetto; their leaders perpetuate their own self-serving purposes. They need controversy, fear and agitation to occur so they can live on. The political opportunists are expanding the label of transgenderism so they can broader their constituency, more press time, and ultimately more money. I consider myself the mirror image of Milo in my own community.”

“Donald Trump is an alpha male who effectively uses populous language to court people into his camp. As a business professional I respect his craft, his loyalty to his employees, and he is the kind of man I would gladly work for. His economic policies are aimed at bringing or keeping jobs in the USA; which I strongly support. In regards to education Mr. Trump wants to end Common Core.“

“On foreign policy Donald Trump was against & vocal about the war in the Middle East. That being said he acknowledges we are still at war & therefore we must win it. Donald Trump is for ending mass illegal-immigration that is damaging our economy. Trump believes in protecting The Bill of Rights, not destroying them, particularly the First & Second Amendment’s. ”

Do you think Trump is sympathetic to LGBT/transgender issues?

“Mr. Trump employs many LGBT people. Trump also allowed for Jenna Talackova, an M2F Transsexual, to compete in Miss Universe. I believe that after the Supreme Court ruling in favor of Gay Marriage the LGBT community serves no function in politics. The right to privacy protects me from ever having to “out” myself for having different DNA than most other women, I exercise that right daily. The Civil Rights Act of 1964 prevents employers from discriminating against hiring me because of gender. I have not heard Donald Trump say he wishes to overturn the Fourth Amendment or the Civil Rights Act.”

“I don’t know if he is sympathetic to transsexuals & honestly I don’t care, as long as he keeps the government from standing in-between me & my doctor. From what I have seen Trump is much more concerned with the important issues facing our country rather than micromanaging every facet of our lives. If the establishment makes it an issue I do believe Donald Trump will side on staying out of our bedrooms, as should any politician with any self-respect.”

Do you object to being called a tranny?

“I object to non-gender binary more than I do tranny, as it is physically impossible to not be a gender. Transistor radios used to be called ‘the tranny.’ Words are only inflammatory in certain context. If a person hates you or wishes to insult you there are a myriad of words they can choose, what’s one more?” 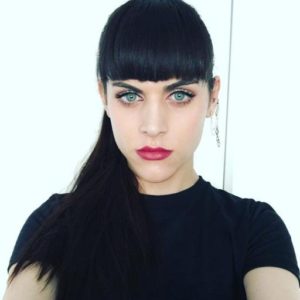 Theryn is 22-year-old girl who discusses topics of men’s rights, trans issues, feminism, libertarianism, individualism, and all of their intersections on her YouTube channel.

To be honest, I don’t subscribe to any of his policies. As a libertarian, I think economic protectionism is counterproductive and an economically illiterate move. I also don’t feel particularly strongly about his stances on immigration.

The reason I like Trump is because I believe his presidency could serve as a catalyst that will move North American culture away from the political correctness that stifles truth, honesty, and diversity of discourse. You get called a sexist when you point out that the ‘wage gap’ is due in part to the fact that women aren’t as ambitious as men in the workplace. You get called racist that you point out that black-on-black crime in North America is far more common than white policemen brutalizing blacks. And you get called a white supremacist when you say that some cultures are demonstrably better than others, and that western culture is demonstrably the best culture.

How could we even start solving social issues if we get maligned and shamed whenever we speak about them with openness, honesty, and veracity? So far Trump has been called a racist, sexist, and an islamophobe, and so far it has done absolutely nothing to hurt his candidacy. If anything, it’s helped his campaign. Imagine Trump bringing that into the White House? It would be great. Even if I don’t believe that he himself is equipped to solve these issues, Trump’s presidency could be the first step in that direction.

Do you think Trump is sympathetic to LGBT/transgender issues?

Trump recently commented on the whole transgender people in bathrooms issue, saying that trans people should just be able to use whichever washroom they choose. Personally, I believe private businesses should be able to devise and enforce their own bathroom policies as they wish, and the state should stay out of it altogether. If you don’t like a business’s bathroom policy, get over it and go somewhere else. It’s as simple as that. Trump’s stance wasn’t quite as thorough as my own, but he seemed laissez-faire enough about it nonetheless.

Do you object to being called a tranny?

Not necessarily. It depends on intent, I guess. I would never use the term as a serious description of a trans person. However, I do refer to myself as a ‘tranny’ every now and again out of humor and to convey to others that I don’t take myself too seriously. I also don’t mind friends and acquaintances using it to refer to me in that context either. But a stranger referring to me as a ‘tranny’ certainly runs the risk of coming off as impolite. 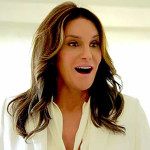 Caitlyn initially appeared to back Cruz during primary season, but she’s far from a #NeverTrumper — she took the Donald up on his offer to use whatever bathroom she wanted at Trump Tower, and even used the occasion to snipe at Cruz over his support for North Carolina’s restroom laws. (Trump opposes them).

Jenner since clarified that she support neither candidate, but her comments in favour of Cruz (and later Trump) have still horrified the Left, who only last year were holding her up as an icon of the “New Civil Rights Frontier.” They obviously forgot that Jenner is a lifelong Republican — and she knows how to troll Leftists. The consternation on the Left when Jenner said it was harder to be a Republican in Hollywood than come out as trans was wonderful to watch.

I have little doubt that Jenner will get behind Trump ahead of the general election. It’ll be a humiliating reminder that, try as they might, the Left’s ownership of their cherished victim classes isn’t as solid as they think it is.

As you can see, transsexuals are not a microcosm. Although nobody expects a huge outpouring of renegade trannies (they currently have the Left eating out of their occasionally oversized hands, why would they give up such a good deal?).

But soon enough, trannies will start to realise the benefits of being a rebel minority. Just look at me — I’m a faggot who canonballed himself through the walls of social justice with amazingly little effort. The left have never encountered anyone like me before, and they don’t know what to do. Their hysterical reaction to Caitlyn Jenner defying the party line is a mere glimpse of how they’d react to a more forcefully conservative tranny.

And, when you think about it, trannies are conservative by definition. After all, they reaffirm the gender binary, don’t they? Not only that, but they claim to be born with an innate sense of maleness or femaleness. For decades, this idea has been heresy on the left. Now trannies are making it mainstream again. They love their gender roles — so much so that they’re willing to fight the entire political system to get them. It’ll only be a matter of time before we’re back to aprons and pencil skirts — mirabile dictu!

Making America Great Again will require a very odd team of shitposters of all shapes and sizes, and while the conversations haven’t changed my views on gender dysphoria, The Tranny Trumpers are worthy of only the highest praise.