Meeker revealed her 2017 Internet Trends report at the Recode Code Conference this week, outlining the general state of the tech industry. Meeker’s report compiles information on what areas of tech are being funded, how internet growth is spreading, what areas of tech are resonating with people, and where the future of the industry may lie. Here are some of the biggest takeaways from the 2017 report.

According to Meeker’s report, while Internet user growth has been pretty steady at a 10% growth per year, smartphone sales have slowed. Global smartphone shipments only increased by 3% this year in comparison to 10% in previous years, and the smartphone install base also slowed, growing by 12% in 2017 in comparison to 25% in previous years. Internet engagement in the US has stayed the same with a solid 4% increase per year. 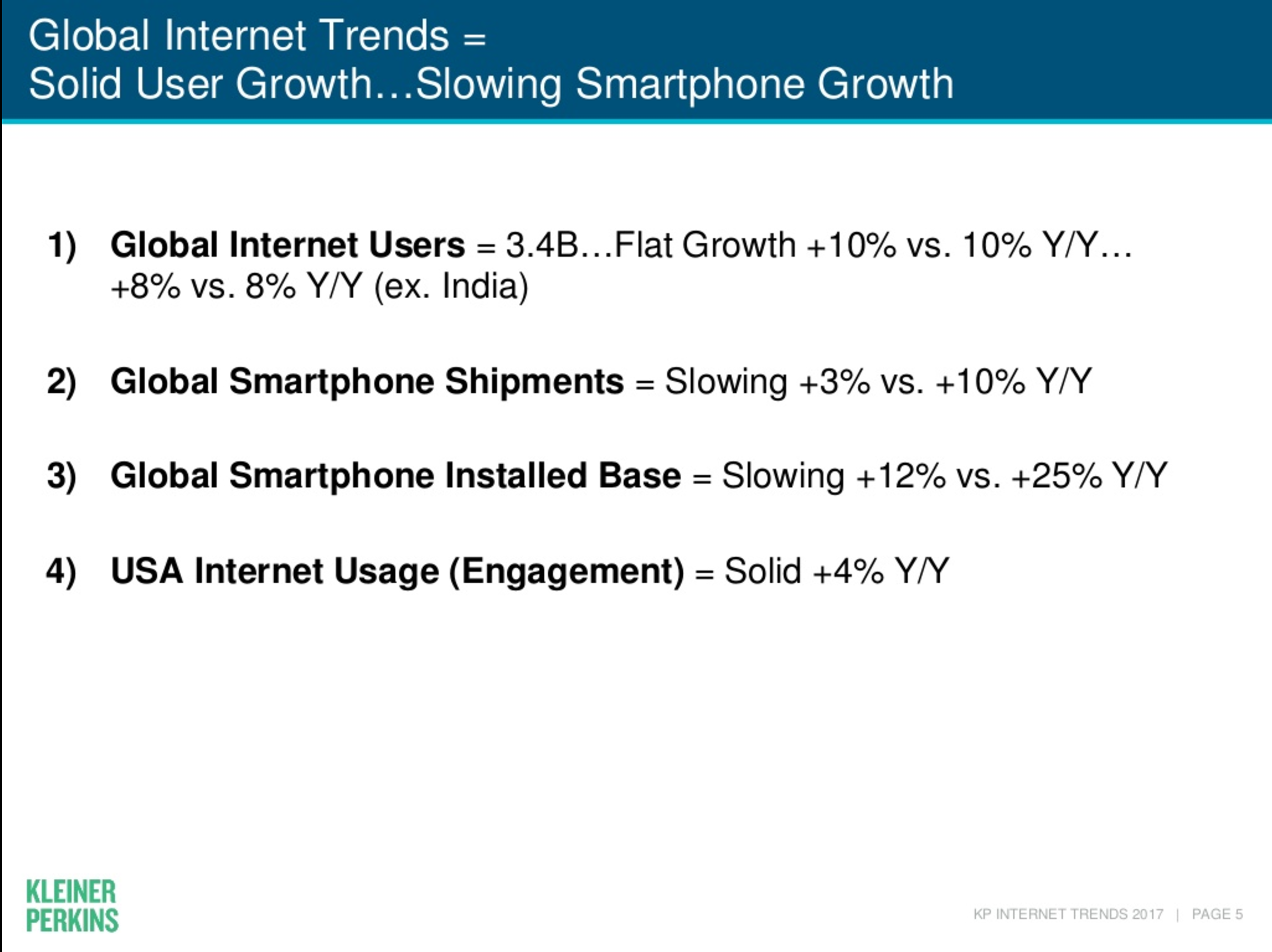 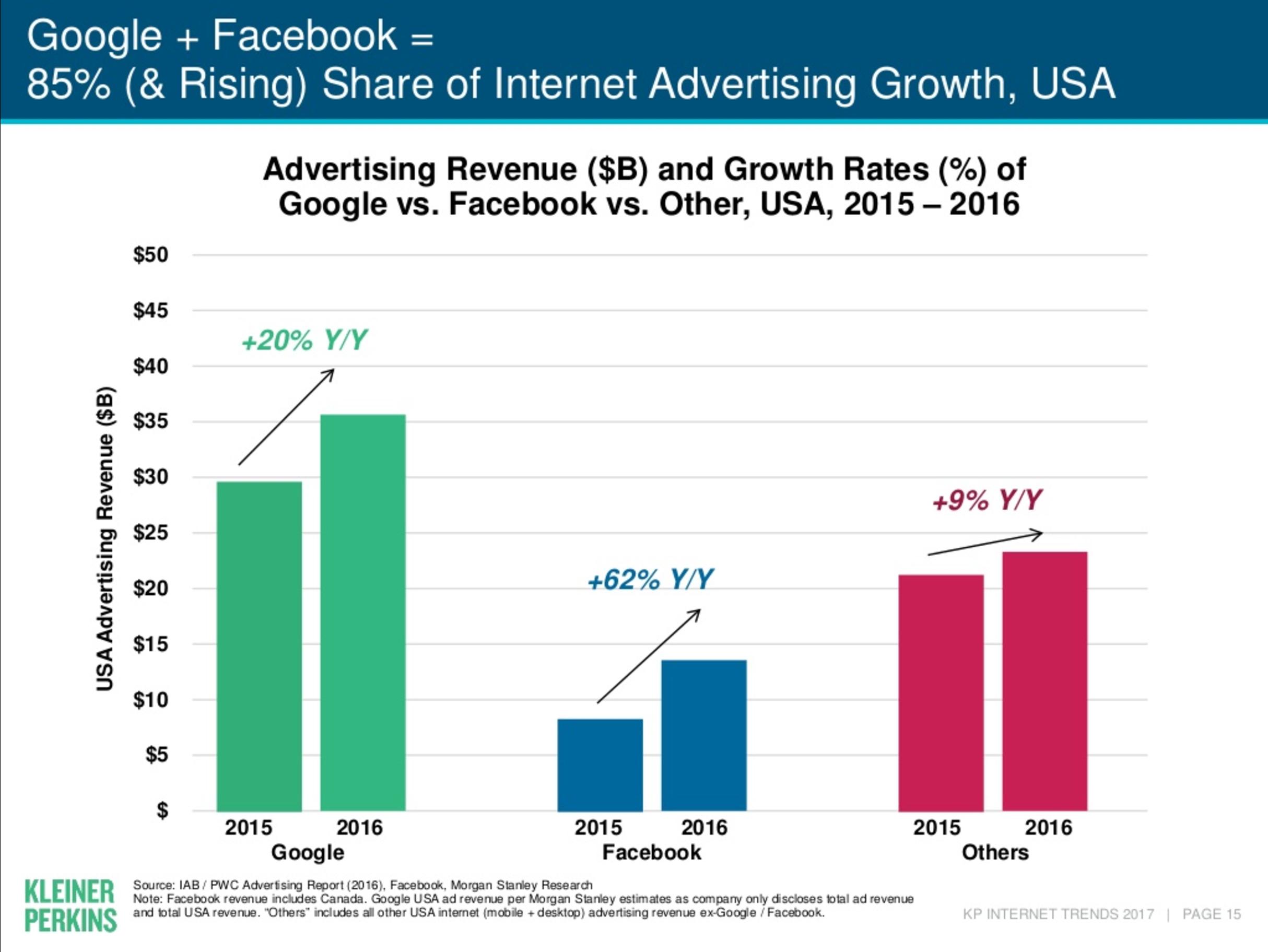 Meeker believes that the amount of money spent on internet ads will soon surpass the amount spent on television ads within the next 6 months. This projection is based on the previous internet ad expenditure versus previous tv expenditure. Below is the chart used by Meeker to describe this. 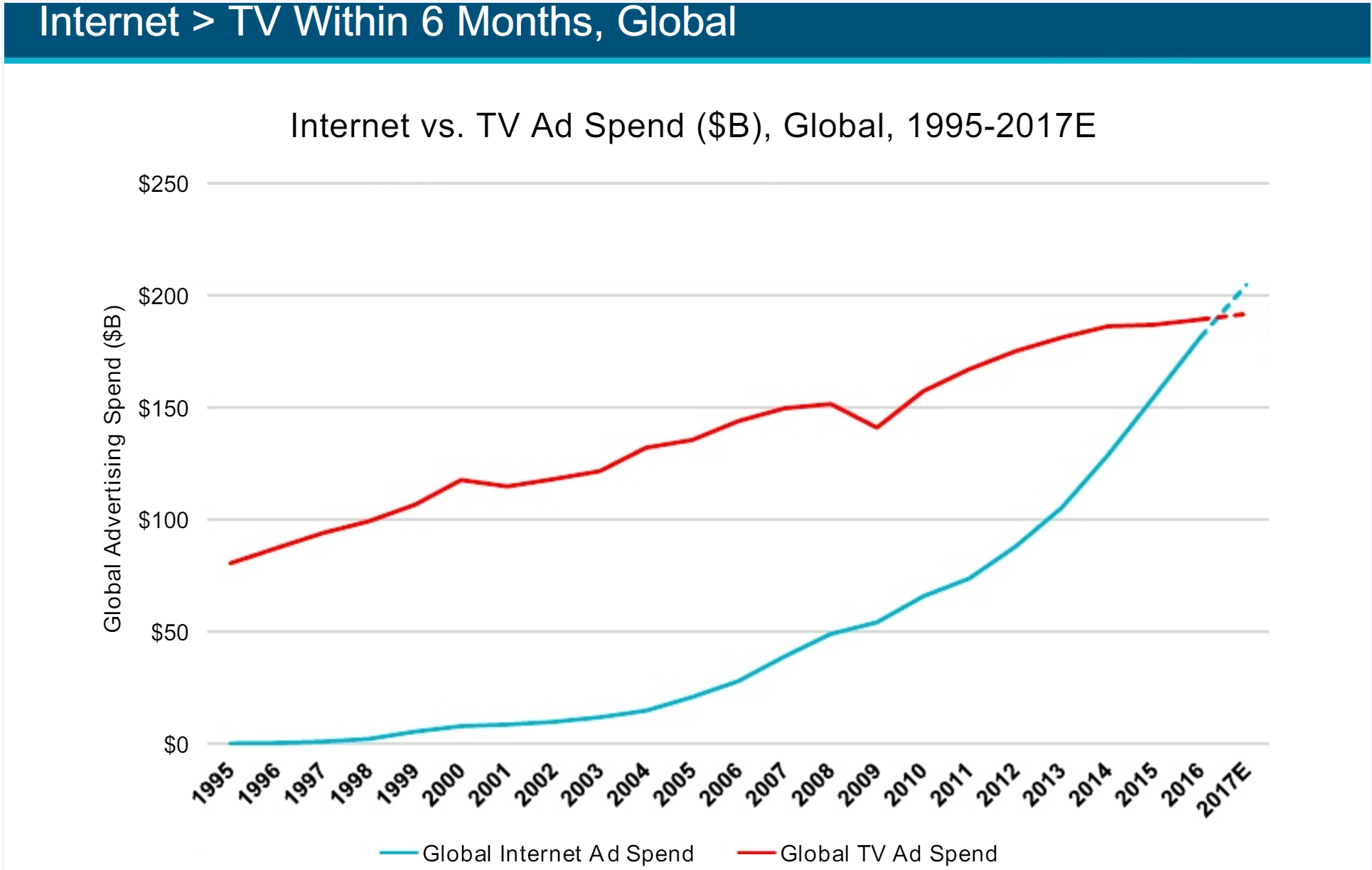 4: eSports Is a Huge Industry That Will Continue to Grow

Meeker states that the eSports industry is exploding with viewing time up 40% year over year. Combined with a number of millennials strongly preferring eSports over traditional sports, the industry seems set to take off. 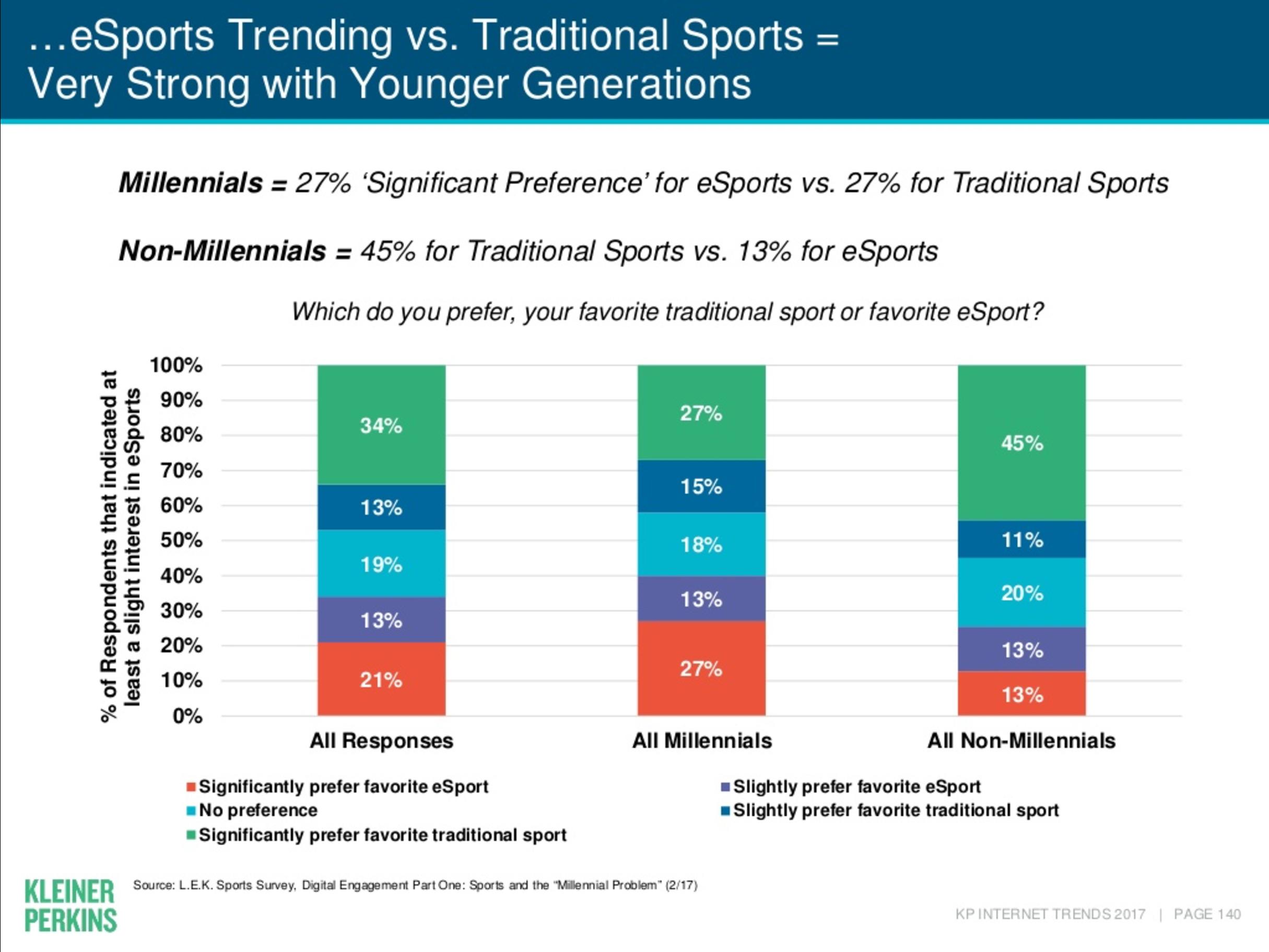 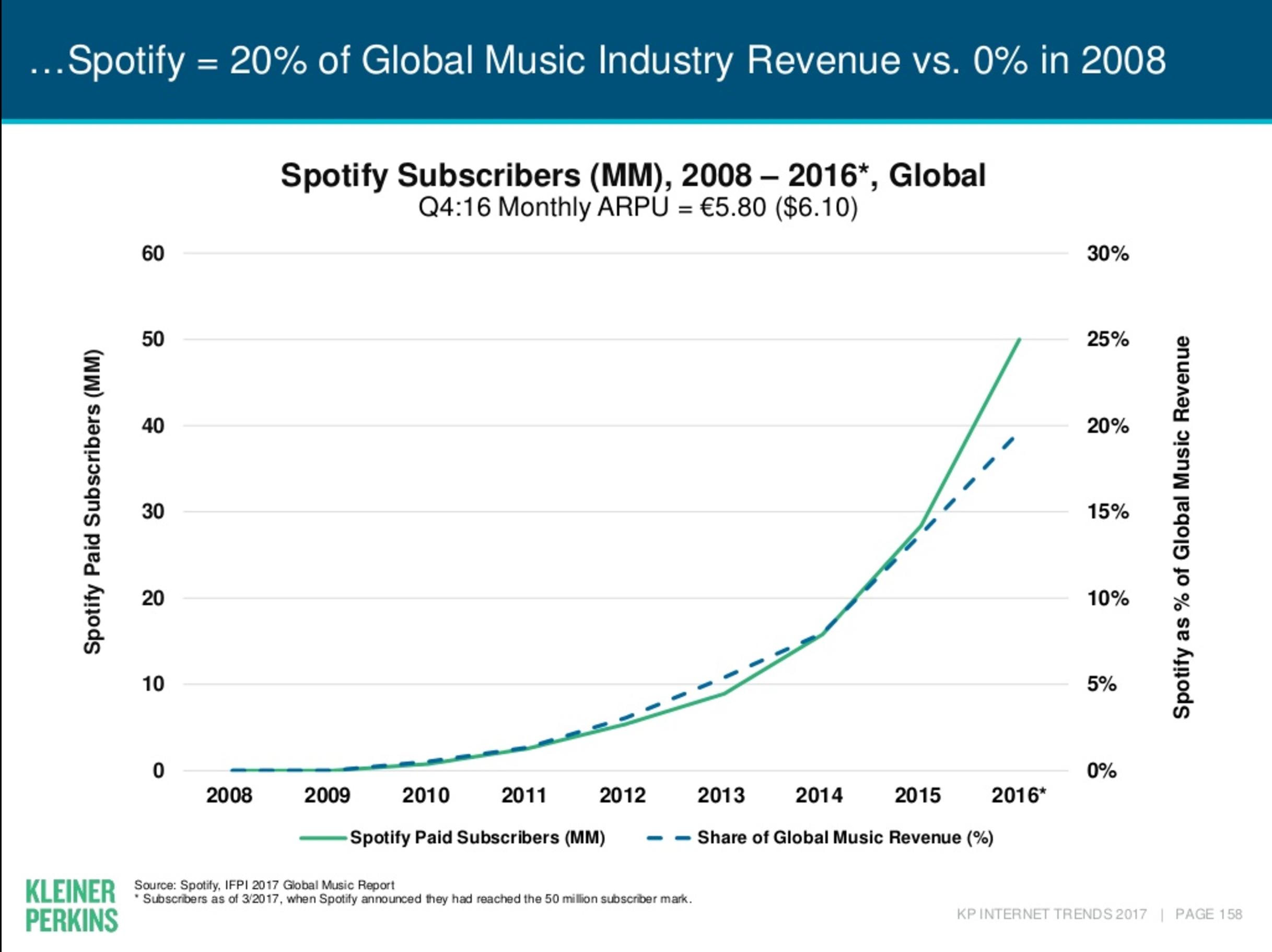