Following a lawsuit filed against YouTube alleging that the company systematically discriminates against white and Asian males in its hiring process, numerous workers at big tech companies including Microsoft and Amazon have alleged that similar practices take place at their companies.

Blind is an app that allows workers at tech companies and other corporations to confidentially discuss their workplaces. Users sign up with a work email, which allows Blind to verify their place of work, but are not obliged to use their real name on the platform. Users can identify their role in their respective companies (e.g, “eng” for “engineer”), but do not typically signal their position or rank.

An employee at Microsoft reported that there was a “much lower bar” to hire female candidates on his team, while another claimed that his team is required to interview “at least one woman and one black (or Hispanic person)” for every external hire. 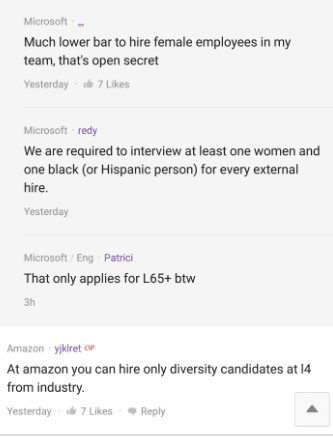 Another Microsoft employee claimed that “diversity goals” are tied to the bonuses of VPs at the company. Later in the thread, a current Apple worker claims that at processor giant Intel, they were told not to send any “white male resumes” to a manager during a hiring period. 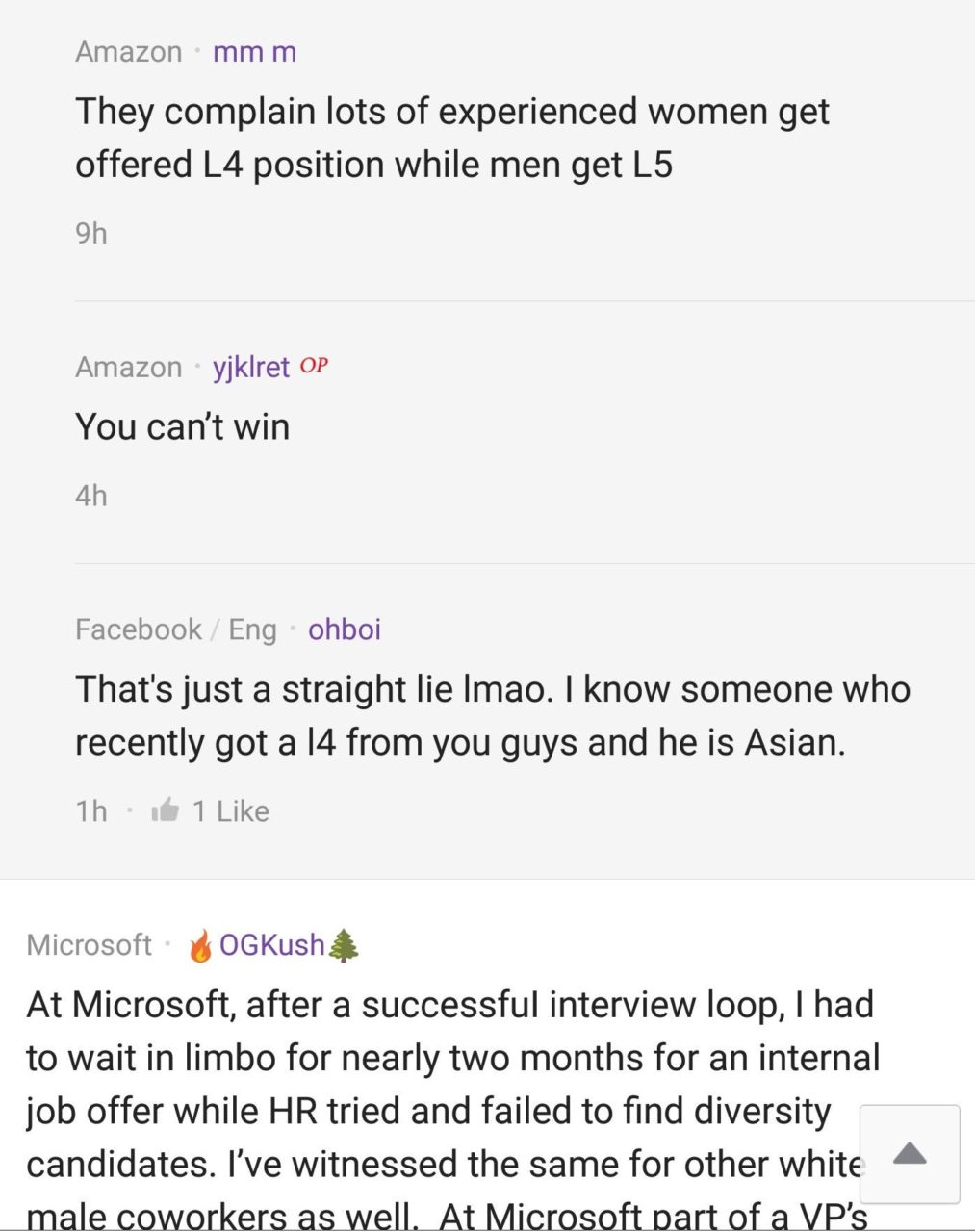 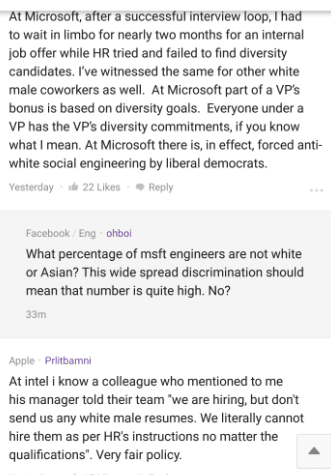 Another tech employee claimed that an unnamed tech company had a hiring freeze on everyone but “women and POC [people of color].” 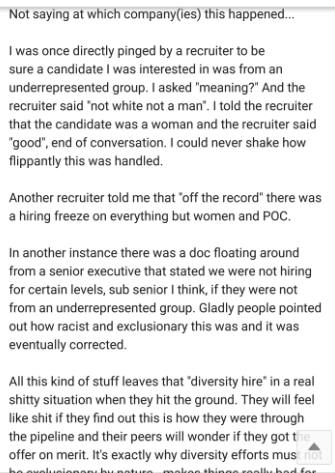 An employee at PayPal reported the same experience as the Microsoft employees — that bonuses are tied to “diversity hires” at the company. An AirBnb employee claimed that a company told him they were “only looking for women.” 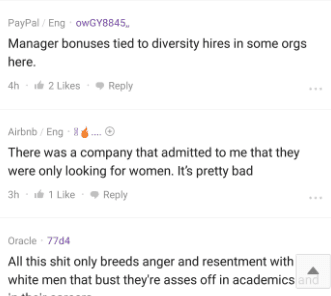 An Uber employee reported that women only needed to pass two out of three interviews to be hired. 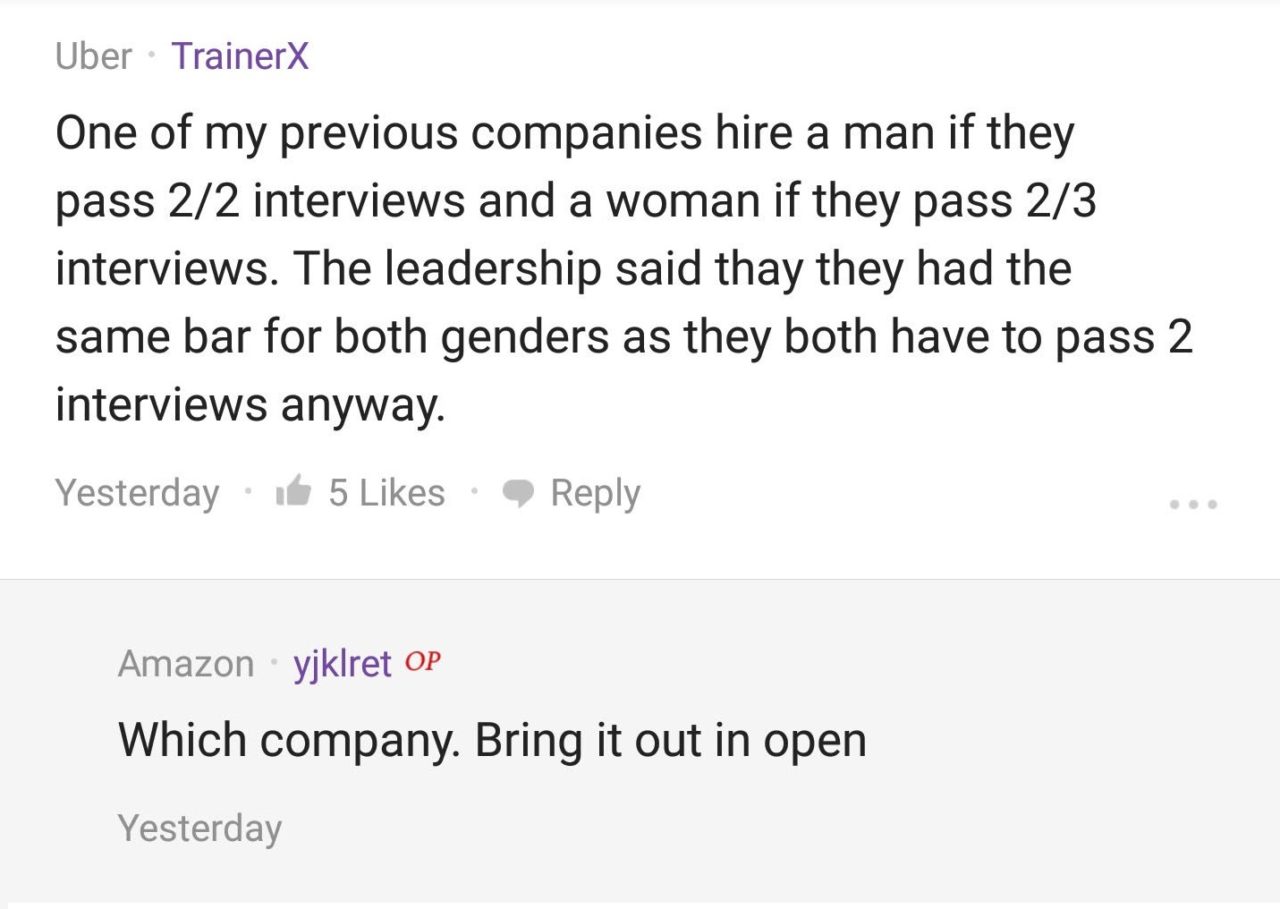 A Salesforce employee reported that his company “lower[s] the bar equally, for everyone.” 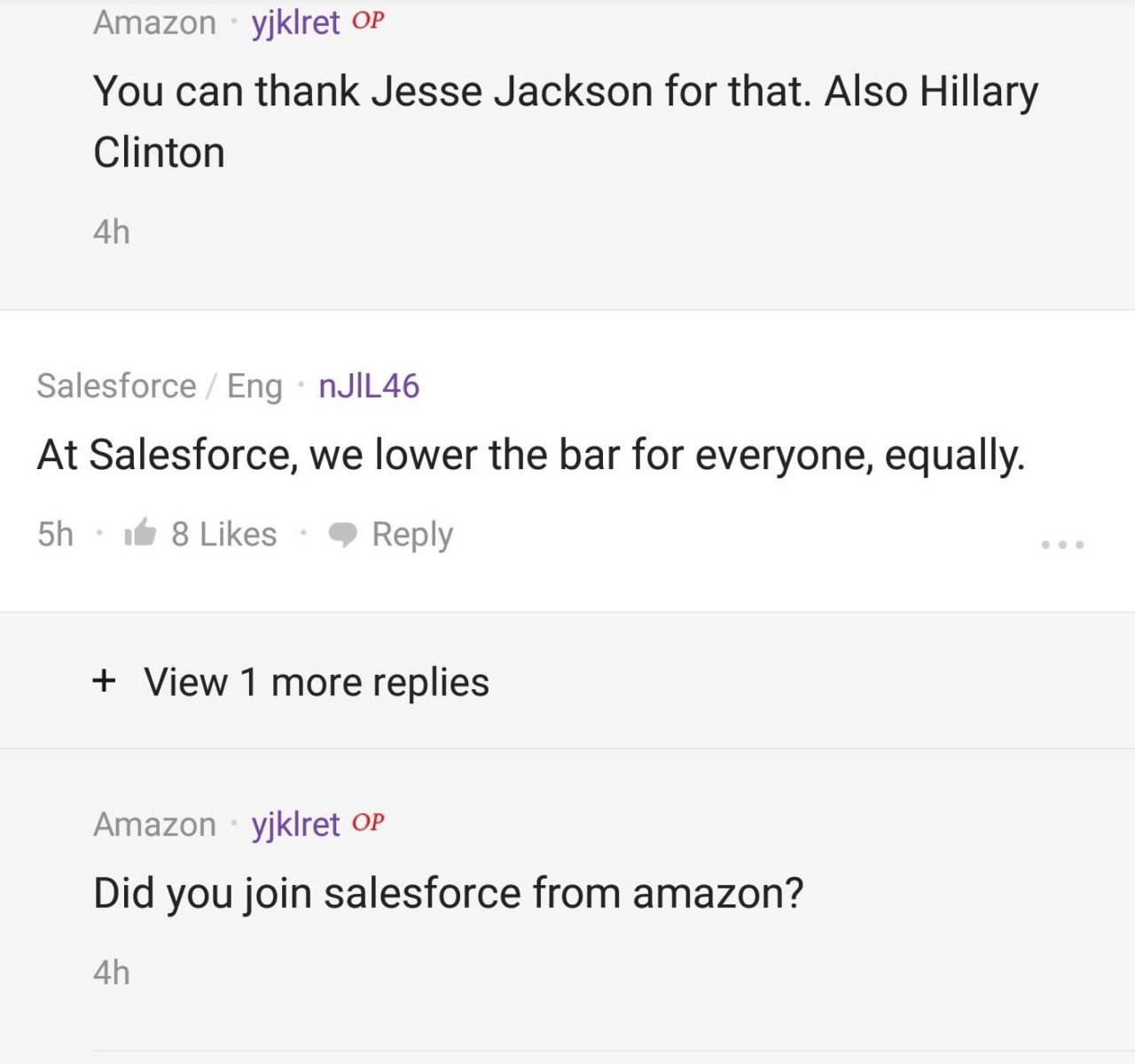 Microsoft employees were particularly active in the thread, with more employees chiming in about “legal” discrimination at the company. 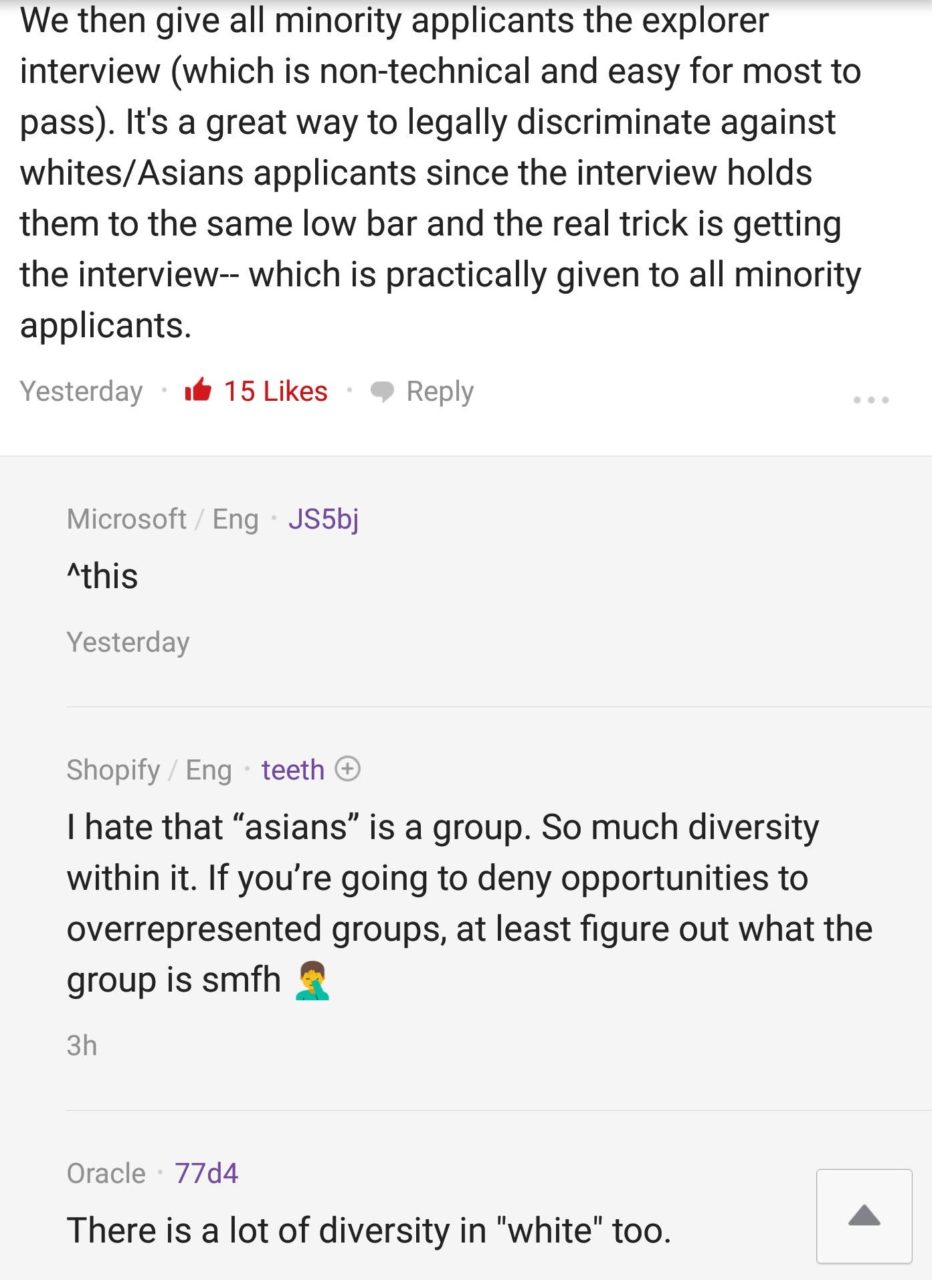 Reports of bias and discrimination against white and Asian males in Silicon Valley are widespread. In addition to the lawsuit against YouTube, internal communications at Google uncovered by James Damore’s have revealed multiple instances of unchecked hostility towards whites and males within the tech giant. No Silicon Valley company has yet admitted that anti-white and anti-male attitudes are a problem in the industry.