Twitter locked the account of Lauren Witzke, the Republican party candidate in Delaware’s U.S. Senate race, over a tweet highlighting the impact of mass migration into Europe. According to Twitter, messages against mass immigration are “hateful conduct.” 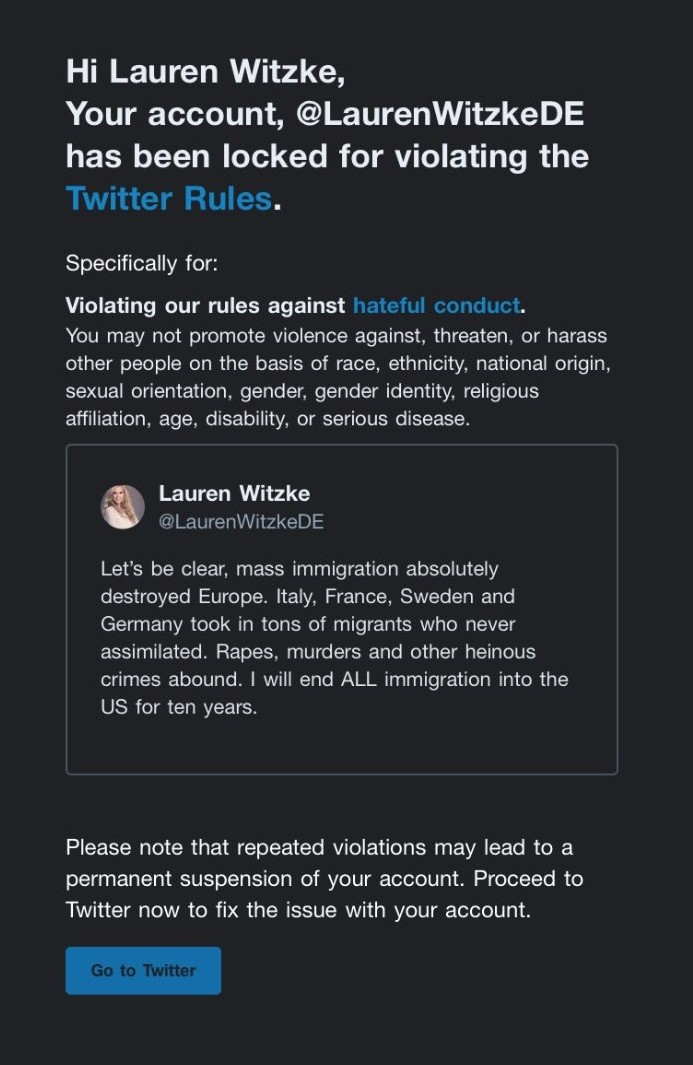 In a comment to Breitbart News, Witzke promised swift action on the issue of tech censorship if elected to the Senate, citing the example of Republican President Teddy Roosevelt, who took on the power of big monopolies at the start of the 20th century.

“This is yet another example of Twitter, which is partially owned by a Saudi Arabian prince, interfering in American elections,” said Witzke.

“If Democrats in Congress really cared about election meddling like they’ve claimed for the past four years, they’d work with Republicans and President Trump to end Big Tech censorship, which we all know is weaponized against conservatives.”

“Social media censorship is the Civil Rights issue of our time, and when I’m in the U.S. Senate, I will hold these Silicon Valley monopolies accountable. They will respect the First Amendment and stop restricting free speech, or they will face consequences unlike anything America has seen since Teddy Roosevelt was president.”