Michelle Malkin, Right Side Broadcasting Network (RSBN) and the Gateway Pundit have all been locked out of their Twitter accounts for 24 hours for violations of Twitter’s “civic integrity” policy.

Malkin posted a screenshot of Twitter’s message informing her that her account had been locked on her Telegram channel. Twitter cited no reason for the lock in its communication to her. 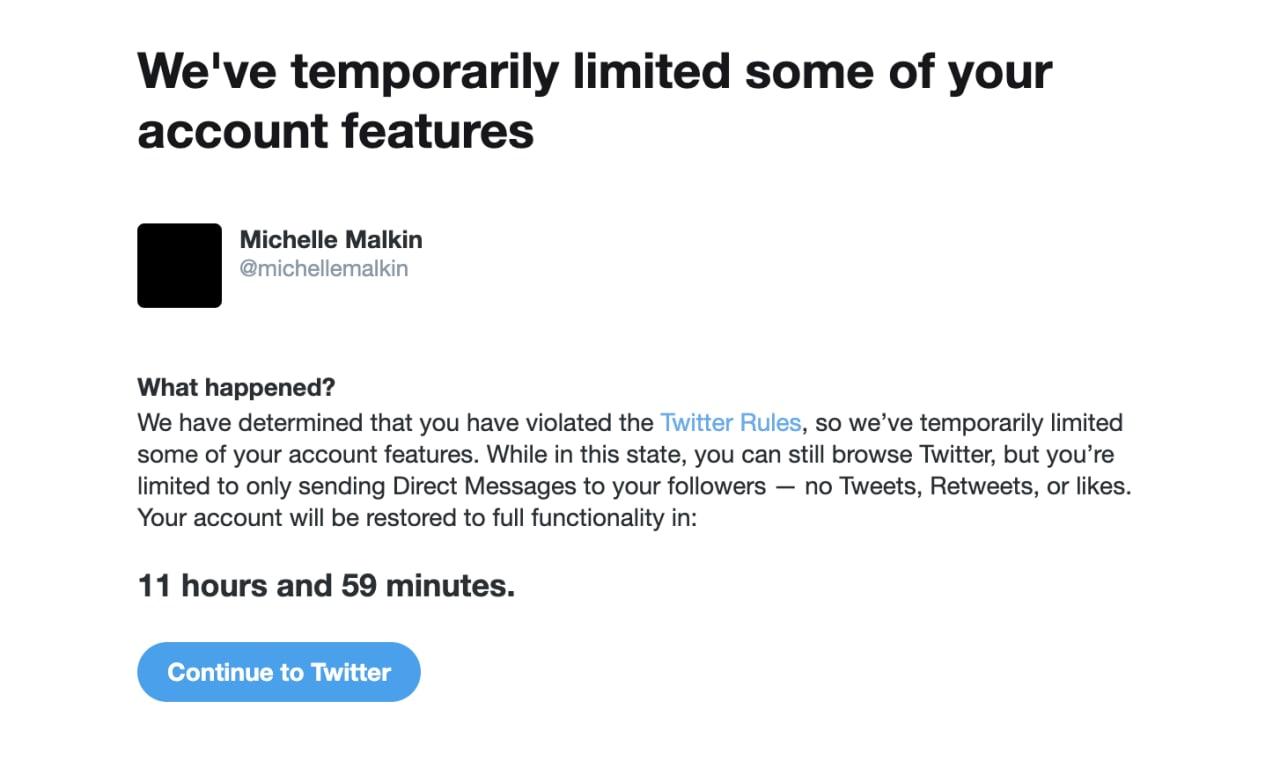 “Twitter doesn’t want me expressing my opinions 24 hours before inauguration. No reason given, but of course we know the reason. If you’re on Twitter, spread the word,” said Malkin.

A Twitter spokeswoman told Breitbart News that both Malkin and RSBN’s accounts had been temporarily locked for repeated violations of the platform’s “civic integrity policy.”

CNN confirmed that the Gateway Pundit was also locked for allegedly violating this policy, which Twitter gradually expanded in the runup to the 2020 presidential election.

The past few weeks have seen increasingly draconian measures taken by the mainstream tech platforms, including the banning of President Donald J. Trump, as well as the censorship of alternative social network Parler — effectively banned from the internet through concerted deplatforming by Amazon Web Services and other third party vendors.

Gab.com, a free speech friendly social netework that relies on its own phyiscal web servers instead of Amazon or any other third party, remains online, and has received a surge of interest as users seek a safe haven from Silicon Valley censors.

Gab reported that its traffic increased by over 750 percent in the days after President Trump’s ban, and Business Insider reported that the platform was gaining 10,000 users an hour.