YouTube has issued the account of Sen. Rand Paul (R-KY), a licensed doctor, with a one-week suspension for discussing the coronavirus pandemic and the United States’ response to it. Paul blasted the company in a company, saying: “YouTube now thinks they are smart enough and godly enough that they can oversee speech, even constitutionally protected speech.”

Last week, YouTube removed an 8-minute clip of an interview with the Senator on Newsmax, in which he discussed U.S. funding of a lab in China that is increasingly believed to be the origin of the Chinese coronavirus, criticized Dr. Anthony Fauci for his public statements, and suggested an official investigation into the funding of gain-of-function research.

The clip is still available on Rumble, a free speech-friendly alternative to YouTube.

“We need to question whether we should be funding gain-of-function, making super viruses in the United States as well,” said Paul in the video.

“It’s supposed to go through a special committee, but Dr. Fauci and others provide exemptions to all of these people and they have their hands in it,” continued Sen. Paul. “And remember this, Dr. Fauci has said, for years, publicly, that gain-of-function research is worth it, even if there were a pandemic he would say it was worth it. He was acknowledging as early as 2012 that a pandemic could occur from this research.” 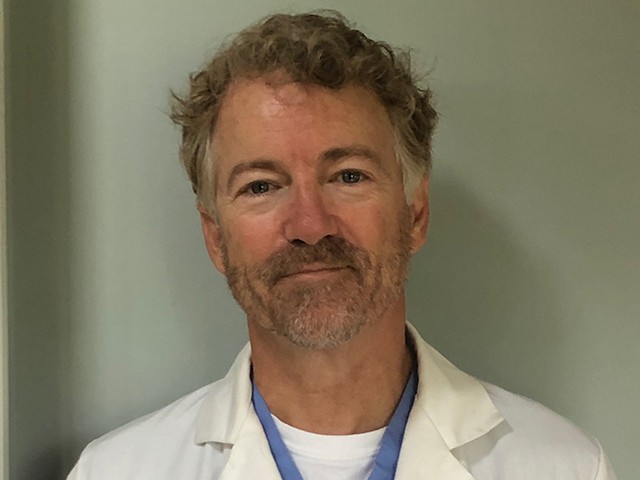 In response to the censorship, Sen. Paul uploaded a second video to YouTube, criticizing the company for censorship and reiterating his opposition to mask mandates. The Google-owned video platform removed that video as well.

YouTube previously censored a video of Sen. Paul on the Senate floor, discussing the alleged Trump-Ukraine whistleblower in early 2020, at a time when both the media and social media companies had undertaken a self-imposed restriction on mentioning the alleged whistleblower’s name.

They are now banning all my speech, including speech that is given on the Senate floor, which is protected constitutional,” said Sen. Paul in public comments on Tuesday. “YouTube now thinks they are smart enough and godly enough that they can oversee speech, even constitutionally protected speech.”