Twitter permanently blacklisted the personal account of a sitting member of Congress, Rep. Marjorie Taylor Greene (R-GA), over the New Year’s weekend. “Twitter is an enemy to America and can’t handle the truth,” Greene said in a statement responding to the ban. “That’s fine, I’ll show America we don’t need them and it’s time to defeat our enemies.”

Greene has one of the largest followings on social media of any Republican member of Congress. Prior to her ban, she had over 465,000 followers on Twitter, meaning the Republican Party and conservative movement has lost one of its most influential accounts on the platform. 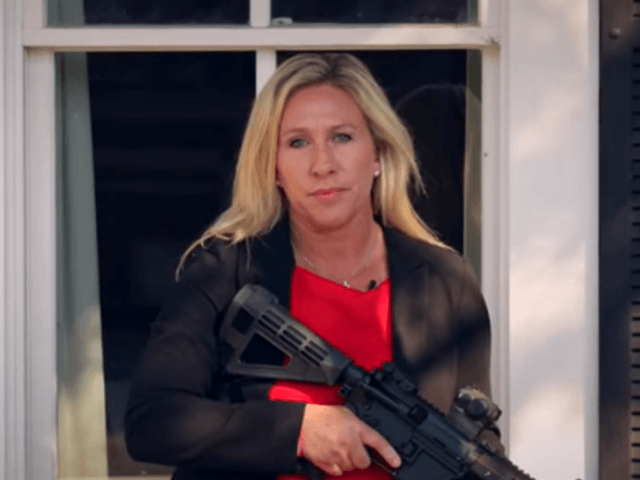 The far-left Silicon Valley company has temporarily suspended Greene’s personal account on a number of other occasions but often claimed that these incidents were just mistakes.

“Twitter is an enemy to America and can’t handle the truth,” Greene said in a statement responding to the ban. “That’s fine, I’ll show America we don’t need them and it’s time to defeat our enemies.”

The Georgia representative says she was banned for tweeting statistics from the Vaccine Adverse Event Reporting System (VAERS).

In a statement, Gab praised Greene for her farsightedness in setting up an account on the free speech platform long before she was blacklisted from Twitter.

“Thankfully Congresswoman Greene was smarter than many of her colleagues because she got on Gab over a year ago and built up a tremendous following of hundreds of thousands of people,” said Gab founder and CEO Andrew Torba.

“Her ban from Twitter should come as no surprise. Once Twitter crossed the Rubicon and banned a sitting President there was nothing stopping them from banning each and every Republican from the platform without thinking twice.”

“While everyone is distracted by New Years celebrations Silicon Valley is working overtime on the behalf of the Regime to ramp up censorship ahead of the 2022 election cycle.”