Conservative author and journalist Michelle Malkin and her husband were banned by Airbnb as “retaliation” for her engaging in free speech at a conference last November. Malkin says: “The speech delved into the K-20 metastasis of anti-white curriculum, the corporate media’s whitewashing of black-on-Asian attacks, and the long campaign to censor nationalist dissidents who put America first,” adding that “San Francisco-based Airbnb notified me that I was banned from using its services ever again and imperiously deleted my account.”

On Wednesday, Malkin shared a screenshot of an email she received from Airbnb, which began, “It has come to our attention that you were a keynote speaker for the 2021 American Renaissance Conference earlier this month in Tennessee.” 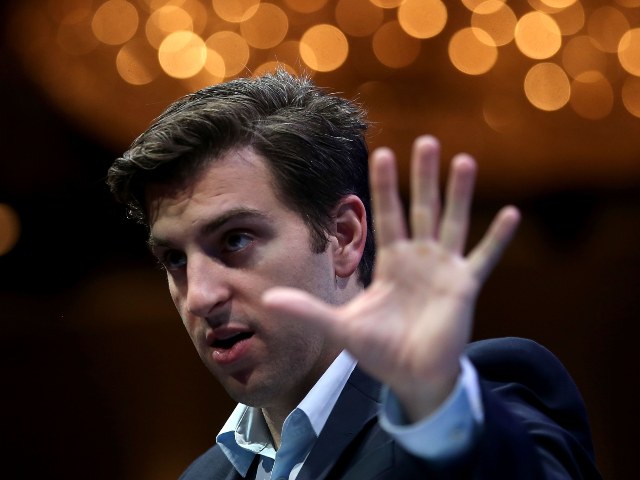 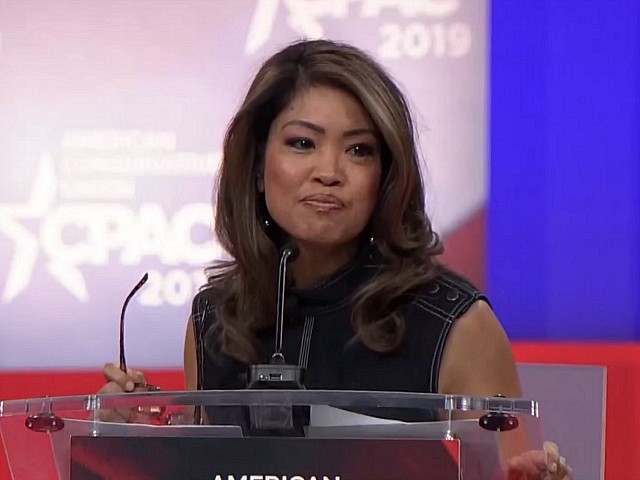 “Airbnb’s community policies prohibit people who are members of or actively associate with known hate groups,” they email continued. “Due to your promotion and participation in a known white nationalist and white supremacist conference, we have determined that we will remove your account from Airbnb.”

I’ve been #bannedbyairbnb (along with my husband!) as retaliation for my free speech and #AmericaFirst journalism. It’s insane & un-American – and I could use your help fighting back. Stay tuned. https://t.co/JjZvLzRzSl #michellefightsairbnb @Airbnb pic.twitter.com/Ko6DH7IIaL

“This is consistent with action we’ve taken to ban people associated with this conference in past years,” Airbnb said.

The lodging company went on to say that it was also banning Malkin’s husband’s account, as he has been known to book reservations for her.

“Removal means that your account will no longer be accessible, and you won’t be able to create another one,” Airbnb said. “As we can see that your Airbnb travels are typically reserved via your husband’s account, we will also proceed in removing his account.”

3/I've reached out to @airbnb asking what steps they took to obtain my full remarks at AmRen 2022 & how many other FAMILIES of #americafirst patriots like mine have been retaliated against & deemed dangerous individuals for peaceful, lawful free speech. NO RESPONSE. Screenshots: pic.twitter.com/8YNlFiTQfW

Malkin explained that in a post on UMZ.com that she “spoke at a peaceful conference held by an organization that is deemed a ‘hate group’ by the Southern Poverty Law Center and Anti-Defamation League” in November.

“The title of my talk was ‘Race, Immigration, and Con. Inc: How I Came to See the Light,'” Malkin added.

“It was a wide-ranging discussion of my three decades of reporting on the nation’s demographic and cultural deterioration — which I’ve chronicled firsthand on college campuses, at our borders, and in every crime-ridden, riot-prone, and mass migration-transformed metropolis from Los Angeles to Seattle and Portland, to Baltimore, Washington, D.C, New York, and Denver,” she said.

“The speech delved into the K-20 metastasis of anti-white curriculum, the corporate media’s whitewashing of black-on-Asian attacks, and the long campaign to censor nationalist dissidents who put America first,” Malkin said of her speech.

Malkin added that one week later, “San Francisco-based Airbnb notified me that I was banned from using its services ever again and imperiously deleted my account.”

This is not the first time Malkin has found herself under attack.

Last summer, she was censored on YouTube over a video highlighting opposition to mask mandates, in what the Google-owned platform said was a violation of its “medical misinformation” policy.

And in 2020, Malkin, along with other conservative activists, were violently attacked by Antifa and Black Lives Matter supporters at a “Back the Blue” rally in Denver, Colorado.

Airbnb is notorious for embracing left-wing causes. Most recently, the company was accused of profiting off home rentals in China’s genocide region.

As reported by Breitbart News in December:

Airbnb told Axios it has not discussed the rentals with the Treasury Department’s Office of Foreign Assets Control (OFAC), which oversees sanctions like those imposed on XPCC. The company argued it complied with OFAC rules by screening “the parties we are transacting with, not the underlying landowners.” The comment appeared to confirm that the company was, in fact, doing business in Xinjiang.

Axios noted that some of the properties listed on Airbnb actually state they XPCC-controlled or have the acronym for the sanctioned entity right in their name, such as “XPCC Farmhouse.”

The UK Guardian noted that, in addition to the XPCC-owned properties highlighted by Axios, Airbnb has “hundreds of listings for accommodation in Xinjiang, including some close to sites known to house mass detention facilities.” Some of those detention facilities are operated by the XPCC.

Breitbart News will continue to follow this developing story.