It started with a blog post at something called One People’s Project, in which someone named Daryle Jenkins claimed:

(In 2006) ..there was this white supremacist forum that we had called attention to and eventually attended that featured American Renaissance’s Jared Taylor and National Review’s homophobe extraordinaire John Derbyshire. It was originally supposed to be held at the building of the conservative activist organization Leadership Institute until it was forced to move to another location…..

There was also a photographer there, and lo and behold this picture has surfaced of a now familiar face attending the forum – James O’Keefe.

O’Keefe was manning a table at a forum of suit-and-tie Nazis.

A DC area photographer snapped a photo of O’Keefe as he maintained a literature table near the panelists. 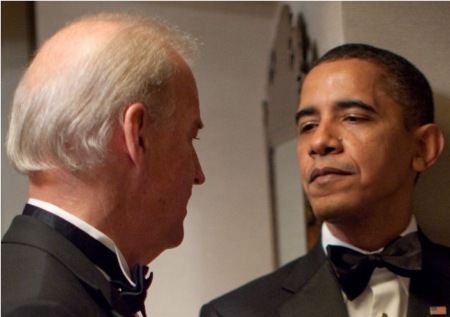 The photograph that One People’s Project shows as its proof (above) is cropped and just shows O’Keefe from the shoulders up. It doesn’t show that he is sitting at all, let alone at a table, let alone “manning” the table at the event apparently hosted by the Robert Taft Club.

Max Blumenthal — son of Clinton apparatchik “Sid Vicious” Blumenthal — at Salon.com picked up on the story and extrapolated even more:

According to One People’s Project founder Daryle Jenkins, O’Keefe was manning the literature table at the gathering that brought together anti-Semites, professional racists and proponents of Aryanism.

But Salon wasn’t happy with the headshot that OPP ran, so they cropped his face and photoshopped him in a white suit (surprised it wasn’t a hood and robe): 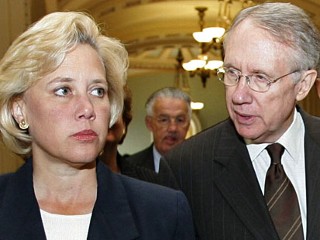 Within an hour or so the Village Voice got really creative on its media blog and added a little more to the mix:

James O’Keefe, the videographer famous for taking down ACORN (and infamous for trying to take down Senator Landrieu), organized a speaking forum for white supremacists, and was even photographed manning the event’s merchandise table.

This is what the Left does. This is how they do it.

We would think that Mr. Blumenthal at Salon or Stephen Thrasher at the Village Voice, as responsible reporters, might have called Mr. O’Keefe to get his response to the allegations made in an obscure blog. But no. Instead they ran the story and (in the case of the Voice) actually added new and juicy lies to the myth.

Well, here at Big Journalism we think it’s a good idea to actually seek the truth.

So we spoke with James O’Keefe today. This is what he tells us:

We know all this because we called Mr. O’Keefe and asked him. Which is more than other media outlets have done.

We also spoke with Daryle Jenkins of One People’s Project, the man who started this entire legend. We asked if he had a photograph that actually showed O’Keefe “manning the table” as has been reported, and he said that this cropped photo was all they had. His claim that Mr. O’Keefe “manned” the table of literature is based on eye-witnesses who were at the event.

We are supposed to believe that four years after the fact these eyewitnesses remember O’Keefe being there, remember what he was doing, and even remember what was on the table in front of him.

Mr. Jenkins only produced the name of one witness: David Weigel who, at the time was a reporter with Reason Magazine. We called Mr. Weigel and he denied ever telling Mr. Jenkins that Mr. O’Keefe was “manning the table.” Indeed, he has already gone on record denying he said that.

Here is the story they actually have:

James O’Keefe attended a forum years ago that dealt with race and politics. The forum was located at a Georgetown University building (that’s right, a 21-year-old man attended an event on a college campus). The forum had as one of its three speakers a controversial figure, Jared Taylor, with a track record of making racist statements. He was being debated by two other people including Mr. Martin (taking issue with the racist figure). Mr. Taylor has also appeared with Phil Donohue, Queen Latifa and Paula Zahn on their TV shows to debate race. Are the audience members of the Donohue show racist for sitting and watching that debate?

Honestly, that isn’t much of a story. But… you put Mr. O’Keefe at a table full of racist literature and you say that he was manning the table. And you say you have a picture proving it. And you make it sound like he was one of the organizers of this event. And you call the event a “White Supremacist Conference”. Well… now you’ve got a story.

Only problem: It’s all a lie.