I’ve had my own questions about the plan; yesterday I interviewed Rep. Todd Rokita of Indiana who helped to draft the Path to Prosperity, and he confirmed my fears: in order for the plan to work, Democrats have to a) accept it and b) economic and congressional variables must stay the same for the next 26 years. Otherwise, I like it. I want to be optimistic but some of that is tempered from Ryan’s past as a congressman who helped bring us TARP and other programs where big spending actually helped to create the tea party. In short: I think Ryan’s plan a nice gamble but I’m more of a cynic. 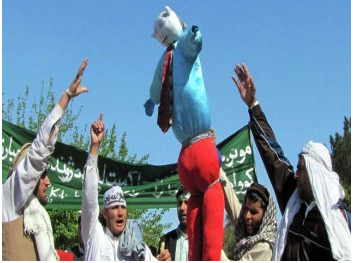 However, that Congressman Ryan goes so far as to defund health control warrants much credit and I was please to see Slate notice it, too. Slate doesn’t have to agree, but so far it’s one of the first liberal publications that noticed hey, Republicans have some good ideas, too.

But more than anyone else in politics, Rep. Ryan has made a serious attempt to grapple with the long-term fiscal issue the country faces. He has a largely coherent, workable set of answers. If you don’t like them, now you need to come up with something better.

For the first time ever with something from Slate, I’ll tell you to read the whole thing.

Compare this with how MSNBC covered the plan:

MSNBC wasn’t concerned when Democrats wrote a health control bill that shoved millions of seniors off of Medicare Advantage, forcing them to buy Medi-Gap coverage resulting in a billion-dollar windfall profit for AARP:

Almost half of the $500 billion in ObamaCare’s Medicare cuts come out of Medicare Advantage. The cuts don’t kill the program, but they mortally wound it. CBO estimates that the Medicare Advantage program will be cut in half, causing over 7 million seniors to lose their health care coverage. They will be forced to return to traditional Medicare and, in most cases, will need to purchase Medi-Gap coverage.

Using very conservative assumptions (AARP keeps its current share of the Medi-Gap market and premiums don’t rise), this increase in the Medi-Gap market will generate more than $100 million a year in additional license fee revenue for AARP. Over a billion dollars every decade. Keep in mind, this revenue is simply for using AARP’s name, so it is almost pure profit.