Huffington Post labeled the Obama Administration’s attacks on press freedom a “Dictator’s Dream” when highlighting a wire story from the Associated Press.

The article details remarks made by AP CEO Gary Pruitt to the 69th General Assembly of the Inter American Press Association. He said the U.S. Justice Department’s secret seizure of records of thousands of telephone calls to and from AP reporters in 2012 is one of the most blatant violations of the First Amendment to the U.S. Constitution the 167-year-old news cooperative has ever encountered.

The AP headline for the wire story was:

Huffington Post chose to write their own headline that focused the criticism:

But for the landing page of their “Media” section, HuffPo focused the criticism squarely on Obama with a picture of president and the provocative headline: 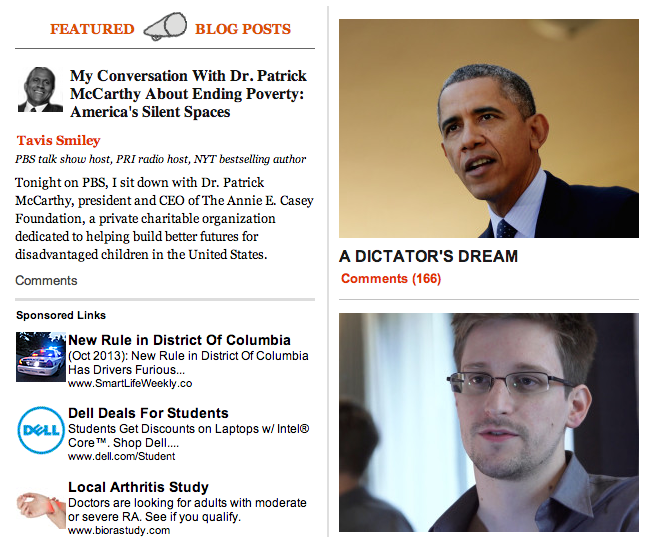