NBA legend Kareem Abdul-Jabbar was born Lew Alcindor in New York City on April 16, 1947. In 1971, at the age of 24, while playing for the Milwaukee Bucks, he converted to Islam and changed his name to one that means “the noble one, servant of the Almighty.” There was, however, an ugly side to Jabbar’s conversion to Islam — a troubling and oppressive attitude towards women.

According to actress Pam Grier’s 2010 autobiography, “Foxy: My Life In Three Acts,” she and Jabbar shared a passionate and serious relationship during the process of his religious conversion. Marriage was on the table. She had already met his parents, and their mutual destinies had launched.

Both were young. He was already a leading NBA scorer and had been named the NBA’s Rookie of the Year. She was 22, impossibly gorgeous, and on the cusp of launching an acting career that would eventually lead to her earning her own status as a legend.

The relationship abruptly changed when Lew asked her to start calling him Kareem. He had begun a conversion to what would become a lifelong commitment to Islam. Immediately, he demanded she stop working. “A conservative man at heart who was getting more so by the day,” Grier writes, “he didn’t want to see his girlfriend working.”

At the time Grier was working as a dancer in a nightclub. The type of work she was doing wasn’t the only issue. He did not want her working at all, and he also wanted her to convert to Islam. His faith told Jabbar he could date a non-Muslim, but not marry one. Her heart set on an education, she didn’t want to move to Milwaukee.

“If we get married, you don’t have to get an education,” was his reply, according to Grier. “I’ll take care of you.”

Although she was a self-described feminist who believed education was the road to empowerment, Grier, who had been raised a Catholic but moved away from all religion, agreed to study the Koran. What she found she didn’t like. Jabbar tried to explain to her that the New Islam was different from what she was reading. To Grier it didn’t sound all that new.

“Then why is the woman, even in the ‘New Islam,’ supposed to walk behind the man. Why can’t we walk side by side?”

Jabbar’s answer to this and many other questions was, “That’s what Allah wants. The man is the leader. That is how it is written.”

He also told her she would be required to be chaperoned and wear a headscarf.

“The truth is that Kareem didn’t want me to work or get an education,” Grier summarizes. “He really just wanted me to be a good Muslim wife, bear his children, walk behind him, and keep my hair covered up with a head scarf. … From what I could see, once a woman converted to Islam and got married, she gave up her individual rights.”

Grier was bugged especially by the fact that in the Middle East some Muslim woman were living in a more progressive society that gave them more freedoms and allowed them to get an education. She writes, “[B]ut Kareem never told me about them. Either he didn’t know or he didn’t want me to know.”

There is no question that although she was conflicted, Grier was madly in love with Jabbar (she says they remain friends to this day) and desperate to find a way to reconcile herself to his rigid view of a woman’s place in the world.

She wanted to make it work.

Then the humiliations came.

One Saturday, Jabbar invited a group of fellow Islamic converts over. Grier expected to spend the day enjoying everyone’s company. These were her friends too, but this was the first time she had seen them since their conversion.

They refused to hug her. They pulled away from her touch as though she were diseased. Then came the real humiliation.

“I wasn’t supposed to speak to them at all, unless I was answering a specific question. I stood there awkwardly, when Kareem said in a quiet voice, ‘You’re supposed to leave the room now, Pam.'”

“Until I ask you come back or my friends leave,” was his reply.

Humiliated, she sat alone in the bedroom until Jabbar came in and asked her to make the group sandwiches. She obliged, and after serving the men, Jabbar said, “You have to go now. You can take a sandwich with you.”

Little by little, Jabbar’s oppressive view of women drove Grier away. He demanded she cover herself, even at the beach and “read me the riot act about disgracing him” when she didn’t. “This is how it is written in the Koran,” was his only justification. 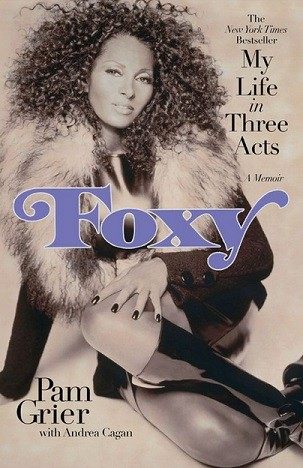 The final blow was his desire to have more than one wife. He finally gave her an ultimatum, a date when he expected her to convert to Islam. It was, of all days, her birthday. “If you don’t commit to me today, I’m getting married at 2:00 this afternoon. She’s a converted Muslim and she’s been prepared for me.”

Grier was blindsided by the news. She had no idea Jabbar had been seeing or preparing to marry another woman. He left the door open to them still getting married, “Once you become a Muslim, you might appreciate another wife.”

According to Grier, Jabbar kept his promise and married that day. Because they were not Muslim, Jabbar barred his own mother and father from the ceremony.

Jabbar and his “prepared” Muslim wife would have a troubled relationship until they finally divorced in 1977. He  would later describe barring his parents from his wedding as “a mistake that took me more than a decade to rectify.”

If at all, Jabbar doesn’t talk much about his relationship with Grier. According to a Google books search, in his 1983 autobiography “Giant Steps,” she isn’t mentioned.

In “Giant Steps” Jabbar does talk about his marriage, its collapse, and Cheryl, an opinionated Buddhist  woman he never married but would have a child with and remain in a committed relationship with until 1984. He says nothing, though, about whether or not his views on Muslim women and wives had evolved since his relationship with Grier.

From what he does write (at age 36), it doesn’t appear as though they had:

I had never lived with a woman or anyone who could either put demands on me or even have her own different routine. Never a great compromiser, I was never the easiest guy to live with. … It’s not easy being a Muslim woman – her hair and arms and legs must be covered in public; she can’t be too aggressive; she must take care of the children[.]

Almost all of the demands Jabbar made on Grier, including the fact that she would have almost no financial or parental rights or recourse should the marriage end, fall under the definition of Sharia Law.

Grier described their frequent and bitter arguments about her role in Islam as being about “submission and slavery.”

In a column this week, Jabbar  dove into the ongoing dispute over Indiana’s Religious Freedom laws. He described a law that gives legal standing to all faiths and sides in a conflict over competing rights as “a step toward establishing an American version of Shari’a Law.”

If Jabbar has condemned Islamic Sharia as forcefully, a good faith search, including links to Jabbar’s columns over the years provided by his representative, resulted in nothing.

Through his representative, Kareem Abdul-Jabbar refused numerous requests for comment or an interview. Should that change we will update this post.