CNN’s Brianna Keiler will interview Hillary Clinton tomorrow. This is a big “get” for both CNN and Keiler, and a smart move on Clinton’s part. CNN wages a constant war against the Right, and Keiler is personally close enough to Team Clinton that just two weeks ago, she attended a Clinton campaign staffer’s wedding. 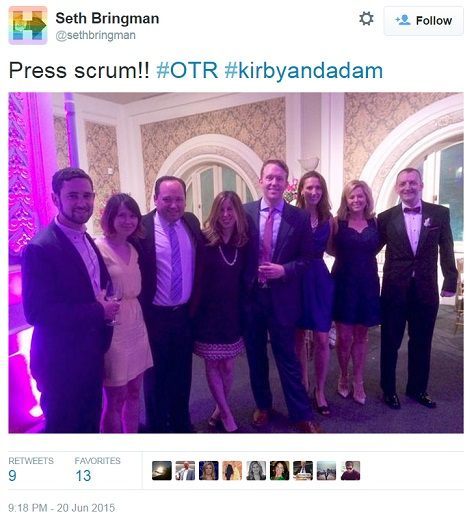 For months, Clinton has been dodging the media. Now that the media has found a bunch of issues to beat the GOP over the head with — Rebel Flag, gay marriage, Donald Trump — Hillary understands that this is the perfect time for her to come out of her cocoon for a one-on-one with one of her own staffer’s close galpals.

The media, especially a left-wing outlet like CNN, is certain to ask her almost exclusively about  softball issues and how awful the GOP is.

Here are 5 questions CNN should ask Clinton — 5  tough but illuminating questions of the type CNN and the rest of the media always ask Republicans.

Here’s the very same Brianna Keiler hounding Ben Carson on a tough question just a couple of weeks before she attended the wedding.

You think Hillary will face even a hint of this?

Did @CNN approve of @brikeilarcnn going to the Clinton staffer wedding? What did Brianna bring as a gift?