To smear Supreme Court Justice Clarence Thomas, the far-left liars at NBC News, Axios, and Politico essentially fabricated a quote he did not make.

The three propagandists falsely claim that in a recent Supreme Court dissent, Thomas claimed the cells of aborted fetuses are used in the coronavirus vaccine.

Clarence Thomas claimed in a dissenting opinion that Covid vaccines are derived from the cells of “aborted children.”

No Covid vaccines in the U.S. contain the cells of aborted fetuses.

Clarence Thomas suggests COVID vaccines are made with “aborted children.”

Justice Thomas cites debunked claim that Covid vaccines are made with cells from “aborted children.”

The Daily Mail also spread this lie, as did Yahoo News, Salon…

Except that’s not what Thomas said. Here’s Thomas’s actual quote:

Petitioners are 16 healthcare workers who served New York communities throughout the COVID-19 pandemic. They object on religious grounds to all available COVID–19 vaccines because they were developed using cell lines derived from aborted children.

Fetal cell lines are cells that grow in a laboratory. They descend from cells taken from abortions in the 1970s and 1980s.

Those individual cells from the 1970s and 1980s have since multiplied into many new cells over the past four or five decades, creating the fetal cell lines I mentioned above. Current fetal cell lines are thousands of generations removed from the original fetal tissue. They do not contain any tissue from a fetus.

When it comes to the Pfizer and Moderna COVID-19 vaccines, fetal cell line HEK 293 was used during the research and development phase. All HEK 293 cells are descended from tissue taken from a 1973 abortion that took place in the Netherlands. Using fetal cell lines to test the effectiveness and safety of medications is common practice, because they provide a consistent and well-documented standard.

Even Snopes admits this:

Instead, PER.C6 cells are the multi-generational offspring of a colony of a fetal cell line that originated with one 18-week old fetus aborted in 1985 and serve various purposes in biology research.

“[It’s] important to realize that fetal cell lines have been used (and will continue to be used)  in many biotechnological applications,” Adalja wrote in an email to Snopes.

Moreover, the media want to hide the fact—the truth that the coronavirus vaccine was indeed “developed using cell lines derived from aborted children.”

Look at that… Thomas was so careful in his wording that he used “cell lines” as opposed to “cells,” and these serial lying bigots and eunuchs still sought to teach him a lesson for the sin of thinking for himself.

Oh, and before anyone tries their bait and switch with an attack on little old me, a quick reminder that I am pro-China Flu vaccine… I love me some Trump Vaxxxxx… 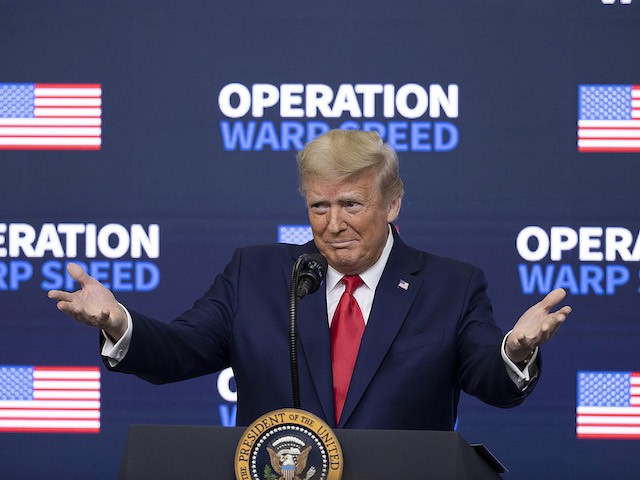 WASHINGTON, DC – DECEMBER 08: US President Donald Trump speaks at the Operation Warp Speed Vaccine Summit on December 08, 2020, in Washington, DC. The president signed an executive order stating the US would provide vaccines to Americans before aiding other nations (Photo by Tasos Katopodis/Getty Images).

So this isn’t about that. This is about a lying media attacking a black man who dares defy them–something Democrats have been doing for 400 years.