DES MOINES, Iowa — Supporters of Sen. Bernie Sanders (I-VT) savored what many felt was a victory for their candidate in the Iowa caucuses — even though the state Democratic Party failed to report results.

“In most precincts, it seems, Bernie finished number one or number two,” said Charla Norris of Des Moines.

Her anecdotal report was confirmed by other Sanders volunteers and supporters at the campaign’s victory party at the Holiday Inn near the airport, packing the ballroom so full that the campaign began restricting access.

The state Democratic Party failed to report results as expected, thanks to what appeared to be a technical breakdown. Though most votes were tallies at precincts by a simple show of hands, officials struggled to relay that information to the state party.

In the hallways of the hotel, volunteers and supporters were upbeat; one was heard cheerfully humming “Solidarity Forever,” the classes trade union song.

But that did not dampen spirits in the Sanders camp, even though it may have robbed them of a chance to declare victory.

The celebratory mood at the Sanders victory party contrasted with the more somber atmosphere at Joe Biden’s victory party at Drake University, where participants milled about nervously, watching CNN in anticipation of any news about results. 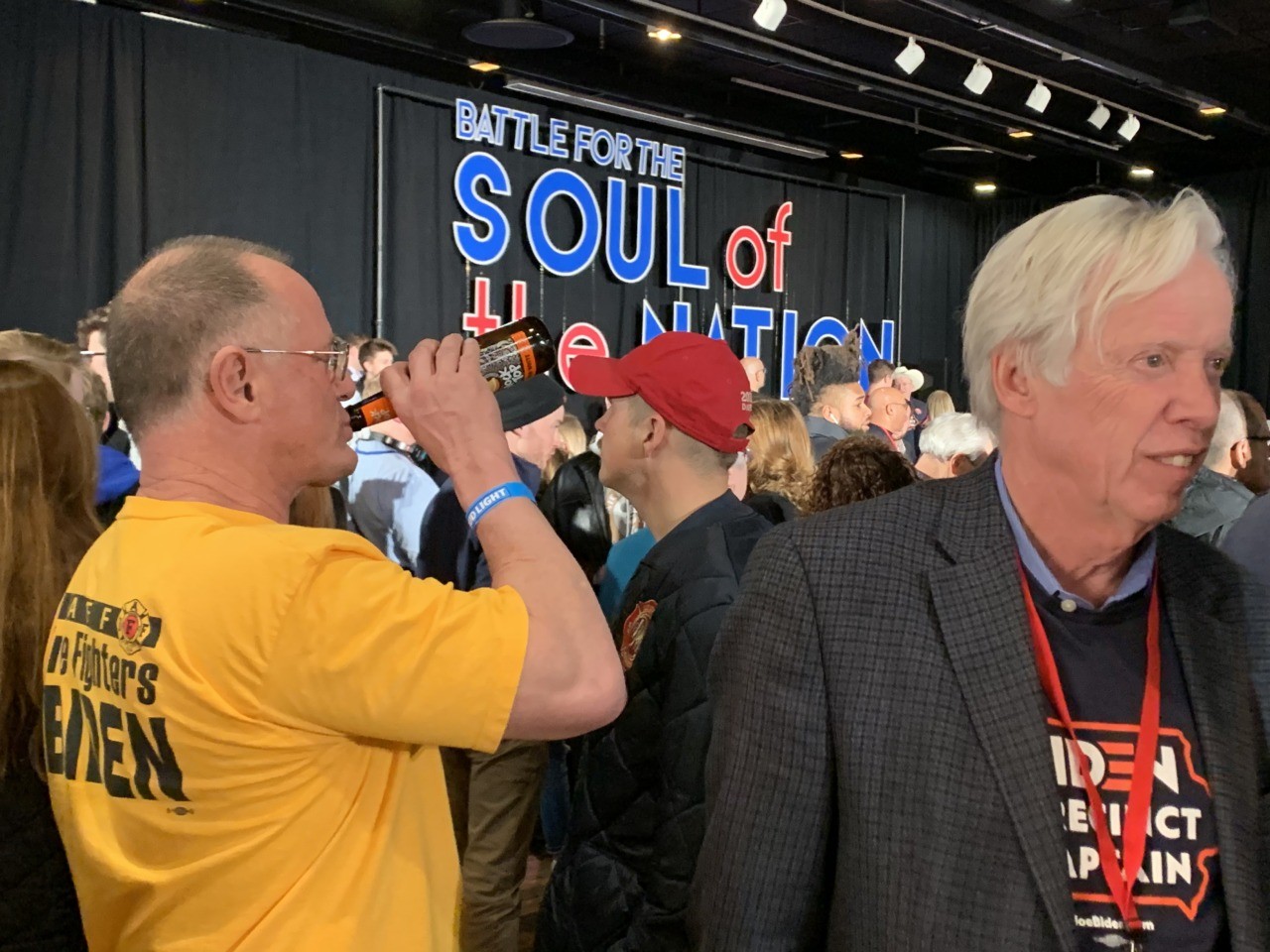 The Sanders campaign, and its supporters, expect the Vermont Senator to do well in New Hampshire next Tuesday.