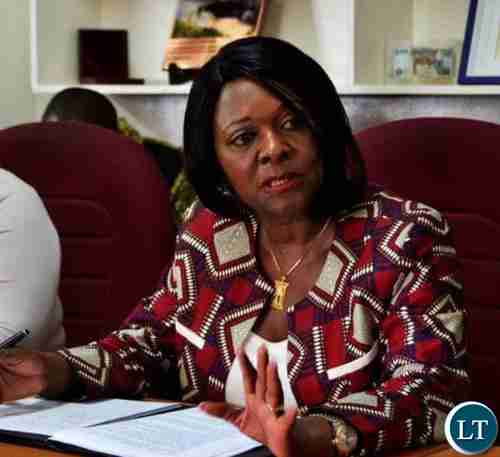 Several days ago, outlets reported that Zambia is negotiating with China over a possible takeover of the country’s electricity company, ZEWASCO, after defaulting on loan repayment from a previous loan. That report was based on a news story from Kenya.

There have been numerous news stories in the last couple of weeks claiming that Zambia has fallen victim to a Chinese “debt trap” and is being required to give away not only ZEWASCO but also Zambia’s Kenneth Kaunda International Airport [KKIA].

Zambian officials are claiming that the news stories, including those in Africa Confidential, are “fake news,” that there is no debt trap, and Zambia will have no problem making payments to China.

The problem with Mwanakatwe’s protestations is that she is unable to provide any evidence to support them because the entire relationship between Zambia and China, including all contracts, is completely secret. So if there is corruption and embezzlement going on, as Africa Confidential claims, then Mwanakatwe is unable to deny those claims.

So let’s apply this test to Margaret Mwanakatwe. Suppose all the charges of debt trap and embezzlement are true. What would Mwanakatwe say? The answer is that she would issue a statement exactly like the one that she did issue. In fact, the statement is filled with statements that are empty claims because the details are secret, giving me the (unprovable) feeling that the statement is an act of desperation.

This has now become a major international scandal – not in the West, but in Africa. Many African governments are now facing embarrassing questions about revealing the terms of their contracts with China, and about why interest rates are so how, and why default terms are so harsh. Officials will also be asked a lot more questions about whether they are skimming China’s loan money off the top – something they could easily do since all the terms of the contracts are kept secret. Lusaka Times (Zambia) and Zambia Reports and Lusaka Times and VOA

In June, the Geneva-based NGO, Global Fund to fight Aids, Tuberculosis, and Malaria, suspended $300 million in health funding to Zambia because of alleged corruption in Zambia’s health ministry. Previously, Sweden and the Netherlands stopped health aid and the EU halted road-building funds.

Zambia’s story is a familiar one. Zambia made huge amounts of money from copper mining in the 2000s decade, due to high prices for copper, which makes up 80 percent of exports. When copper prices fell in 2011, instead of decreasing government spending to match reduced income, the new government, led by the Patriotic Front (PF) went on a spending binge. According to the Economist, the PF funded new roads, hospitals, and airports, doubled civil-service wage expenses in the process, and also expanded the number of districts from 72 to 115 so as to dole out more patronage.

Furthermore, the borrowed money was not well spent. In building roads, for example, the World Bank in 2017 found that Zambia paid $360,000 per kilometer, which is more than twice the African average. And since upkeep has been neglected, many new roads are already potholed.

Furthermore, president Edgar Chagwa Lungu is following the same corrupt path that occurs in country after country in Africa – jailing opposition leaders, shutting down newspapers that criticize him, packing the courts with his supporters, and demanding that he stay in power indefinitely, in violation of the constitution.

So even though the country is broke and the government is corrupt, officials say that reports of debt default are “fake news.” Unfortunately, government officials have little credibility and, as in the case of the statement by Margaret Mwanakatwe, there is absolutely no reason to believe anything they say. Economist and BBC and Economist