Australian navy helicopter pilots flying off the flagship HMAS Canberra were hit by lasers while transiting the South China Sea, forcing them to land as a precaution.

Scholar Euan Graham claimed to have witnessed the event when he was onboard the Landing Helicopter Dock (LHD) on a voyage from Vietnam to Singapore as part of an exercise called INDO PACIFIC ENDEAVOUR 2019.

He wrote an account of the incident claiming the lasers had been directed from nearby fishing vessels while the Canberra was being trailed by a Chinese warship. The pilots were “temporarily” taken off flying duties “for precautionary medical reasons,” Graham reported.

The ship and 1500 sailors, soldiers and airmen and women have now begun returning to Australia, following an intensive three month tour of South and South Eastern Asia. INDO PACIFIC ENDEAVOUR has seen up to four warships, a submarine and nine aircraft visit seven nations to strengthen Australia’s regional ties.

Similar incidents involving lasers and the Chinese military have been reported as far away as Djibouti, where the U.S. and China have bases.

Last year, the U.S. complained after lasers were directed at aircraft there, as Breitbart News reported.

The Pentagon said the U.S. government had “formally demarched the Chinese government” after two American pilots were injured by Chinese military personnel directing lasers at U.S. aircraft near their adjacent bases in Djibouti. 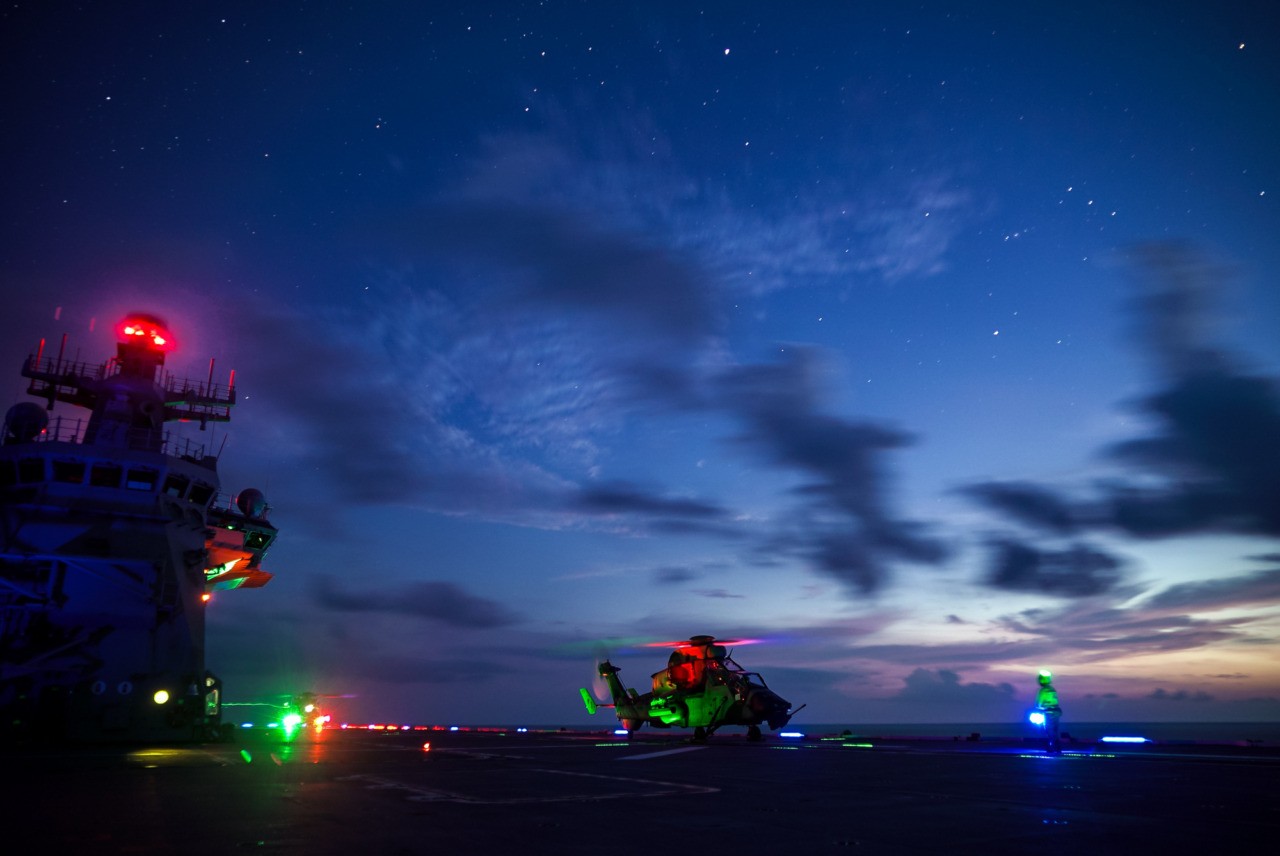 “They are very serious incidents. There have been two minor injuries. This activity poses a true threat to our airmen,” Chief Pentagon Spokesperson Dana White said.

“We have formally demarched the Chinese government, and we’ve requested that the Chinese investigate these incidents,” she said.

White refrained from speculating on the Chinese military’s motivations.

“I’m going to have you ask the Chinese about their motivations. But it’s serious, and we take it seriously, and it’s why we demarched them,” she said.

Both the U.S. and China are signatories to an international treaty which bans the use of blinding lasers as a weapon of war.