The end of the decade brought with it a tumultuous 2019 — a year defined by global protests, shock election results, surprise heroes, unthinkable tragedies, and new rays of hope.

The world’s authoritarians used their wealth to display their typical egomania, popping up in celebrity weddings, on mountaintops, and in larger-than-life iconography (paid for by the people, of course). Oppressed people flooded their streets by the millions demanding a better future. Young new world leaders, often by surprise, assumed the direction of their scarred, turbulent countries.

Below, in no particular order, some of the most moving, iconic, baffling, newsworthy, and generally notable images from around the world in the past year. 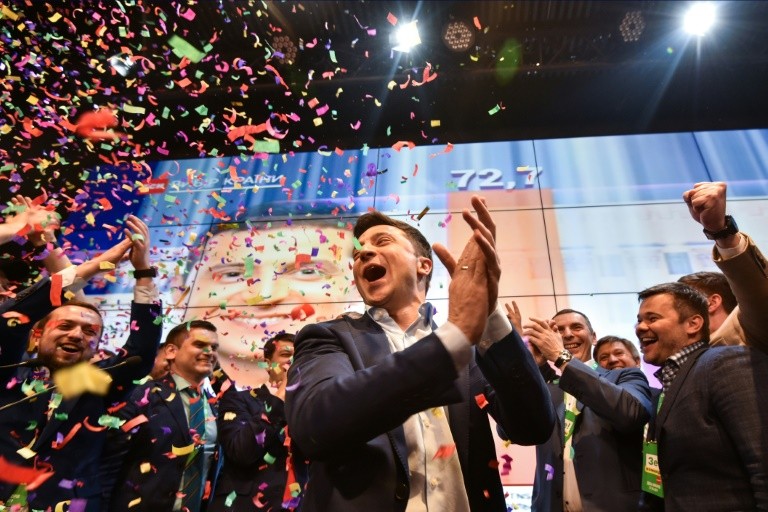 Sitcom star Volodymyr Zelensky celebrates being elected to the presidency of Ukraine on April 21 after playing a schoolteacher who suddenly becomes president of Ukraine in the hit comedy Servant of the People. Zelensky was elected on the back of nationwide discontent with decades of corrupt establishment rule and insufficient resistance to the Russian invasion of Ukraine’s eastern territories. Zelensky has now become a key figure in the Democrats’ attempt to remove President Donald Trump from power without electing a Democrat. (Photo: AFP) 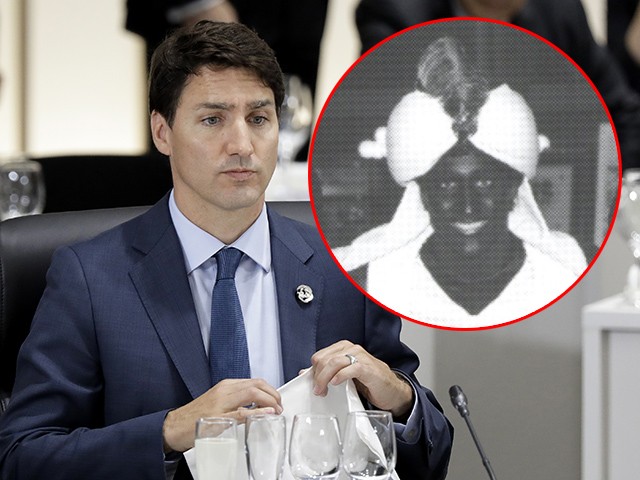 Justin Trudeau, Canada’s prime minister, attends a working lunch on the first day of the G20 summit on June 28, 2019, in Osaka, Japan. Inset: a photo that surfaced in September of Trudeau in “brownface” at an “Arabian Nights” theme party in 2001. The photo surfaced shortly before Canada’s national election but failed to unseat Trudeau, despite the prime minister admitting he had worn blackface so many times he could not remember them all. (Kiyoshi Ota – Pool/Getty Images. Inset: unknown, released via Time) 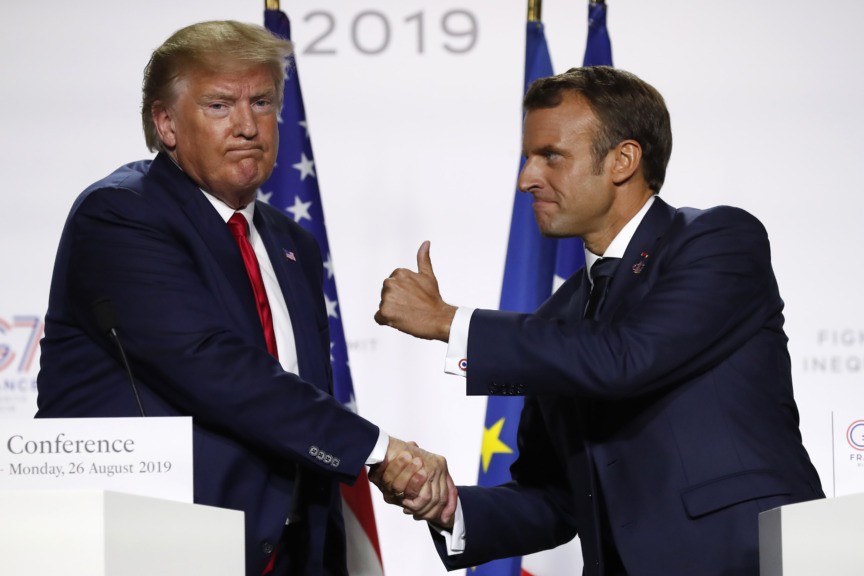 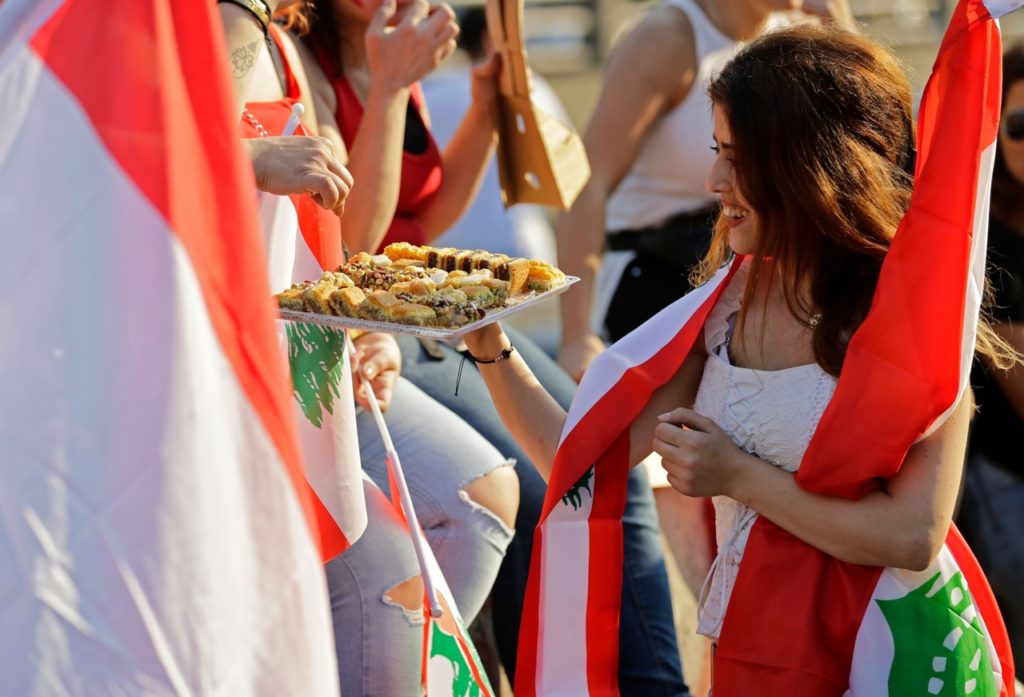 A Lebanese protester offers sweets to people during ongoing demonstrations to demand better living conditions and the ouster of a cast of politicians who have monopolised power and influence for decades, on October 21, 2019 north of Beirut.(Joseph Eid/AFP via Getty Images) 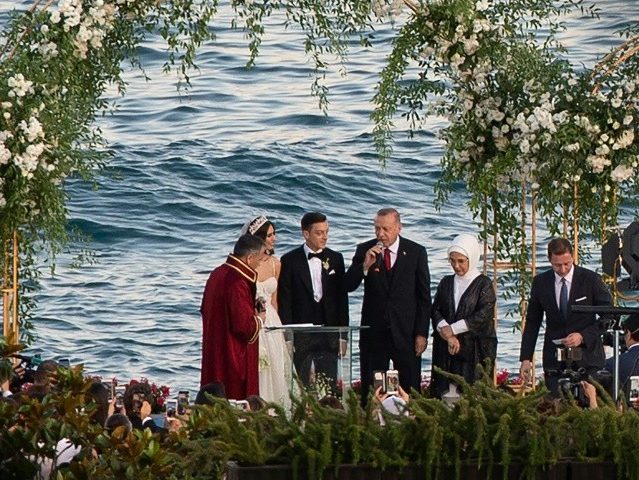 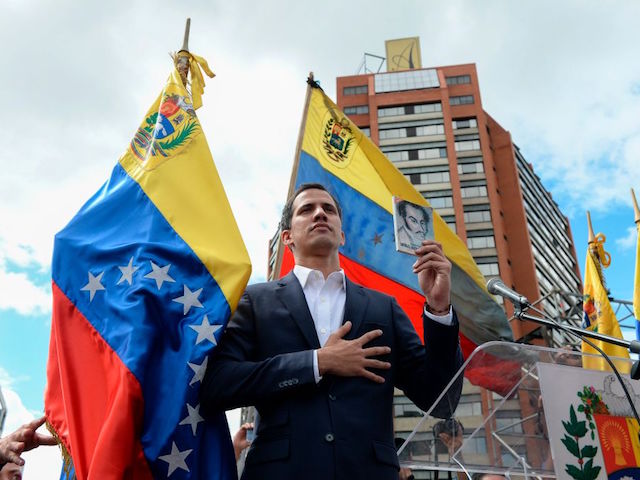 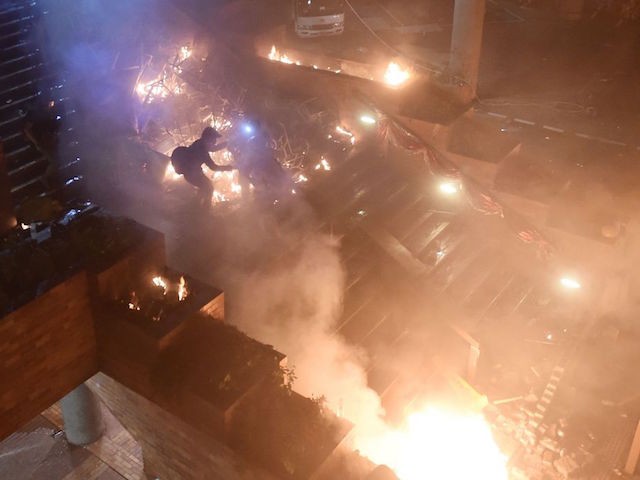 The aftermath of police raiding Hong Kong Polytechnic University on November 18, 2019. Hong Kong police early November 18 warned for the first time that they may use “live rounds” after pro-democracy protesters fired arrows and threw petrol bombs at officers at a besieged university campus, as the crisis engulfing the city veered deeper into danger. (Photo by YE AUNG THU/AFP via Getty Images) 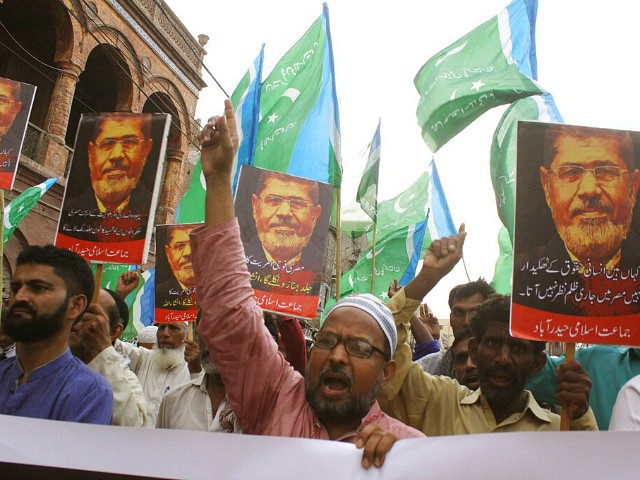 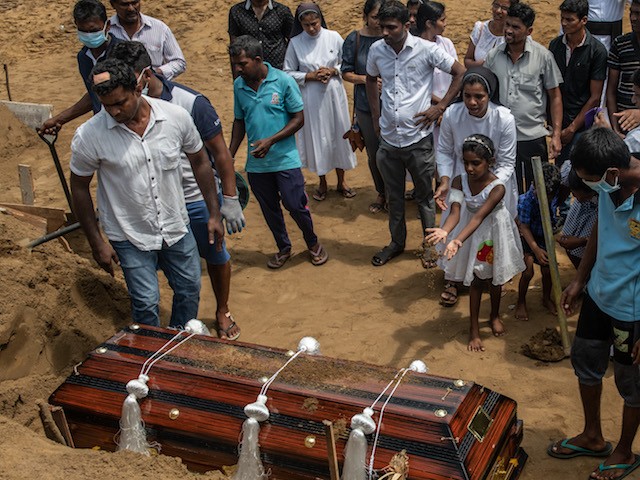 A little girl throws earth on a coffin during the funeral of a person killed in the Easter Sunday attack on St Sebastian’s Church, on April 24, 2019, in Negombo, Sri Lanka. At least 321 people were killed and 500 people injured after coordinated attacks on churches and hotels on Easter Sunday in and around Colombo as well as at Batticaloa in Sri Lanka. (Photo by Carl Court/Getty Images) 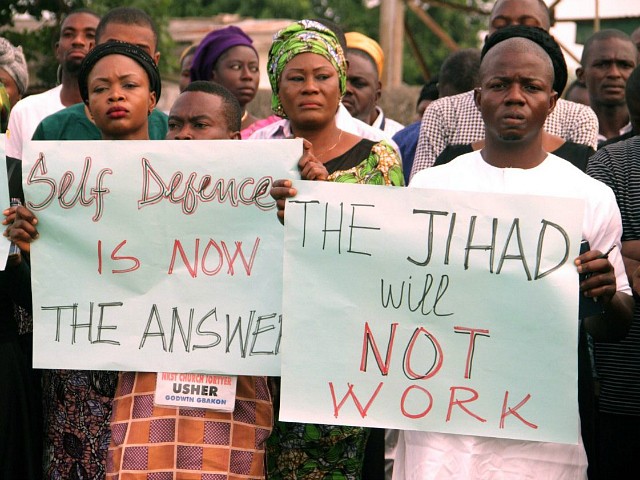 Church members carry placards reading “self-defence is now the answer” “the jihad will not work,” as they take part in a protest against the killing of people by suspected herdsmen in Makurdi, north-central Nigeria, on April 29, 2018. On April 24, 2018, at least 18 people, including two Catholic priests, were killed in an attack on a church near the state capital Makurdi that was blamed on herdsmen. (Emmy Ibu/AFP/Getty Images) 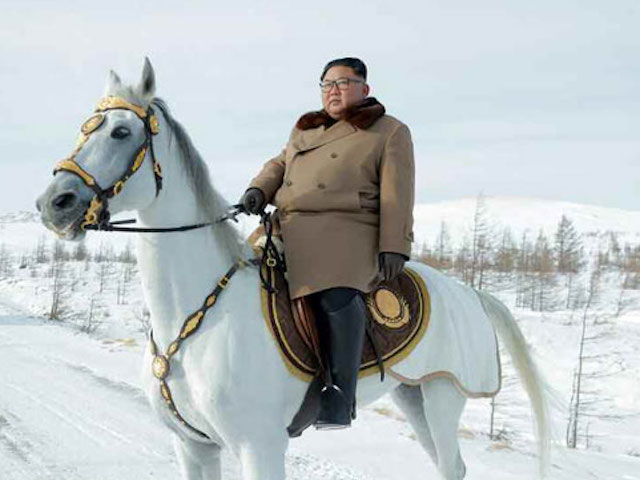 “Kim Jong Un, the great leader of our revolution who opens up the period of a great leap for the development of the revolution, personally left the sacred trace in the revolutionary battle sites in Mt Paektu area, the source of the lifeline of the revolution and inexhaustible patriotism, through knee-high virgin snow.” (Photo, caption via North Korean state newspaper Rodong Sinmun) 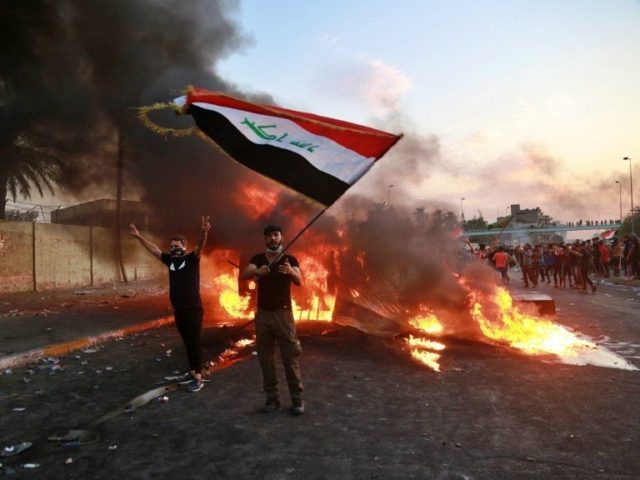 An anti-government protester waves a national flag during a demonstration in Baghdad, Iraq, Thursday, Oct. 3, 2019. Iraqi security forces fired live bullets into the air and used tear gas against a few hundred protesters in central Baghdad on Thursday, hours after a curfew was announced in the Iraqi capital on the heels of two days of deadly violence that gripped the country amid anti-government protests that killed several people in two days. (AP Photo/Hadi Mizban) 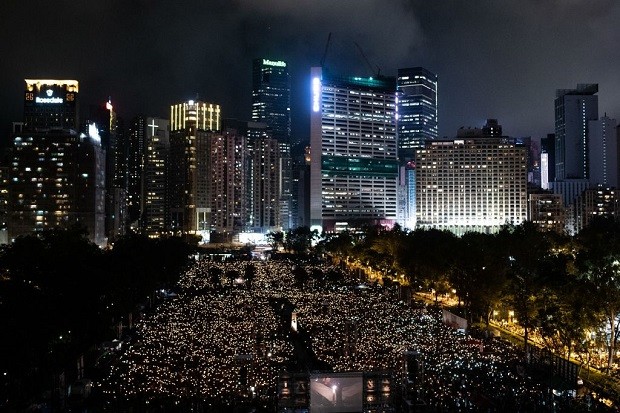 People attend a candlelight vigil at Victoria Park in Hong Kong on June 4, 2019, to mark the 30th anniversary of the 1989 Tiananmen crackdown in Beijing, China. Protests against the Chinese regime would begin shortly after this display and have yet to cease. (Photo via Philip Fong/AFP) 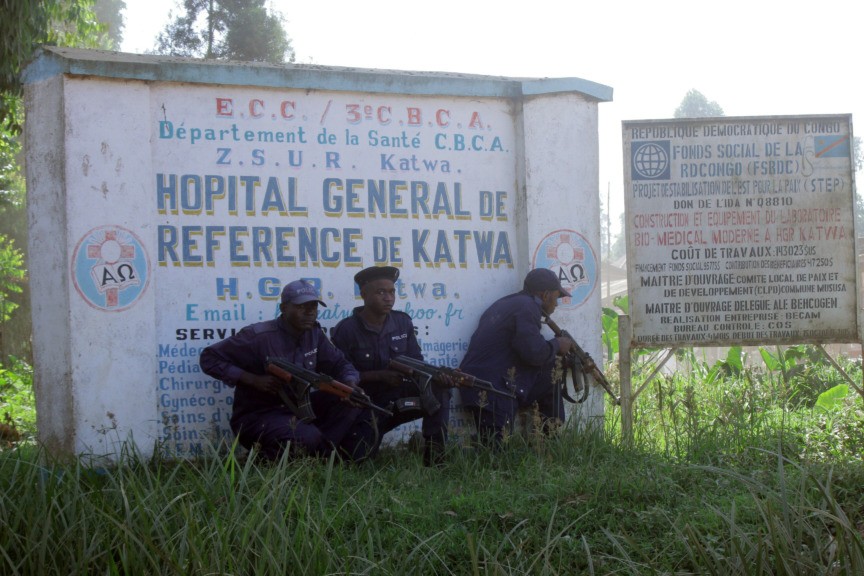 Police shelter behind a hospital sign, as they guard a hospital in Butembo, Congo, on Saturday, April 20, 2019, after militia members attacked an Ebola treatment center in the city’s Katwa district overnight. Violence has deeply complicated efforts to contain what has become the second-deadliest Ebola virus outbreak in history. (AP Photo/Al-Hadji Kudra Maliro) 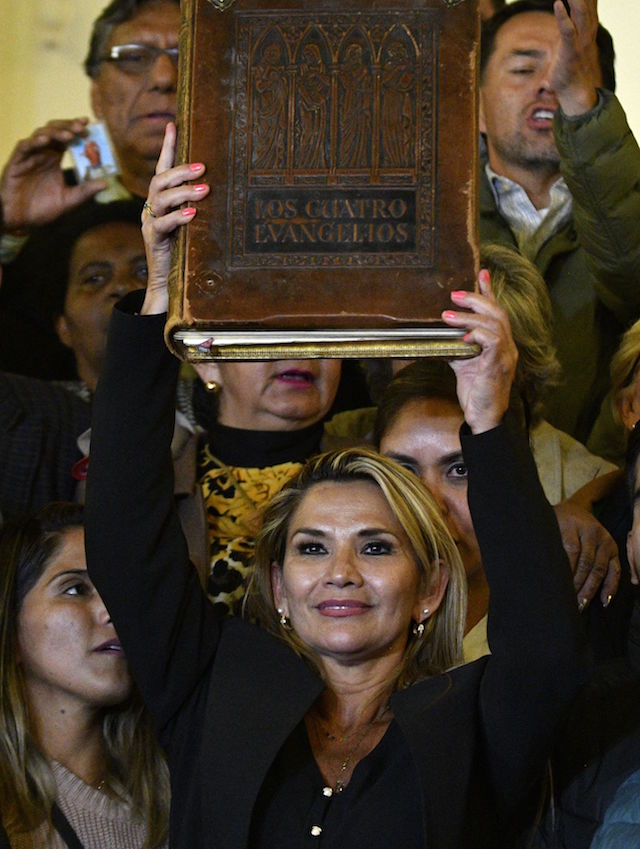 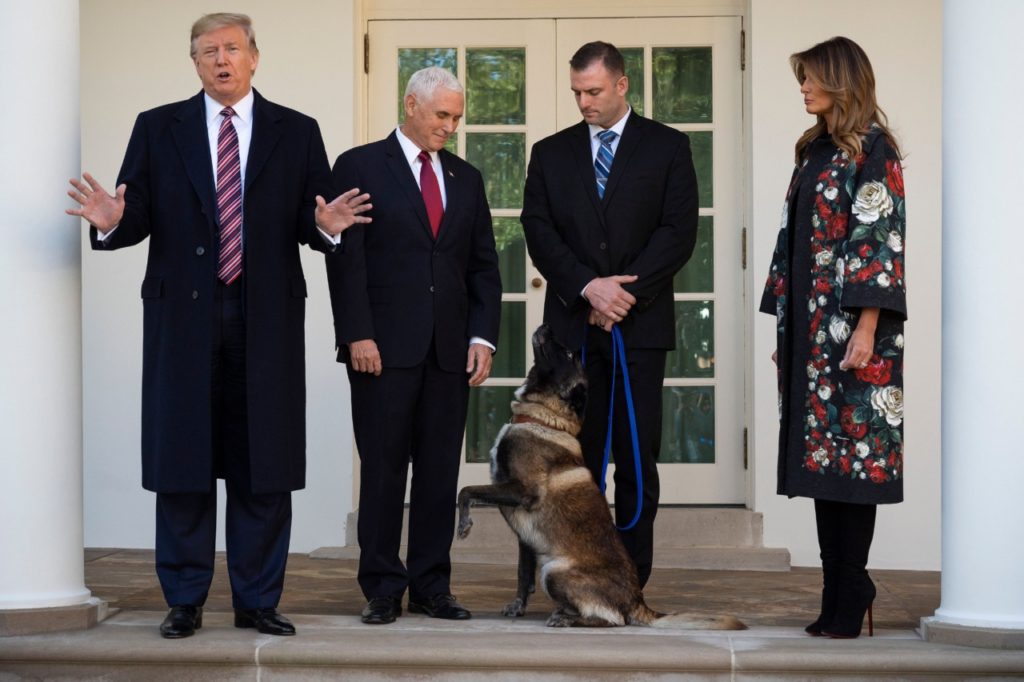 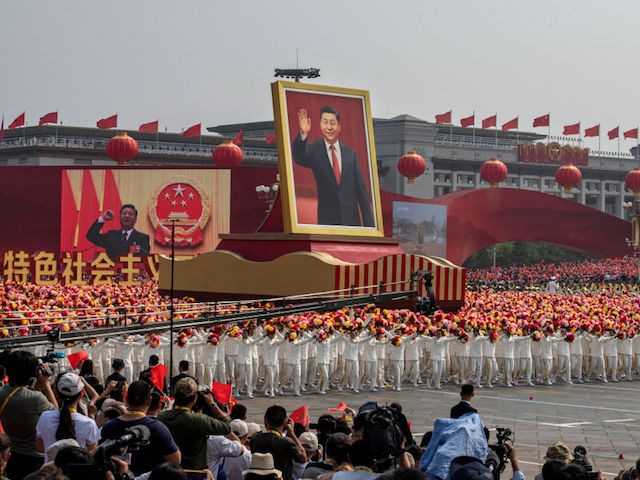 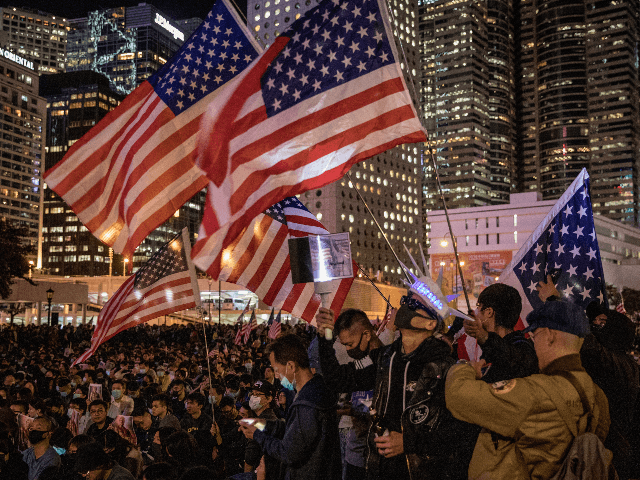