The World Health Organization (WHO) warmly praised China on Saturday for its response to the deadly coronavirus outbreak, saying it has “bought the world time” and other nations should watch and learn before making the most of it. It is the second time in a matter of days the U.N. body has publicly backed the Communist regime.

The agency’s director-general, Tedros Adhanom Ghebreyesus, delivered his unstinting praise of Beijing at a gathering of international foreign and security policy leaders in Germany.

The Ethiopian told other governments to step up their efforts to prepare for the virus, saying “it’s impossible to predict which direction this epidemic will take.”

Tedros rejected outright claims China’s bureaucratic paralysis and institutional negligence had in any way contributed to the global spread of the disease.

Instead he wants China to serve as a model of efficiency and advanced medical care. 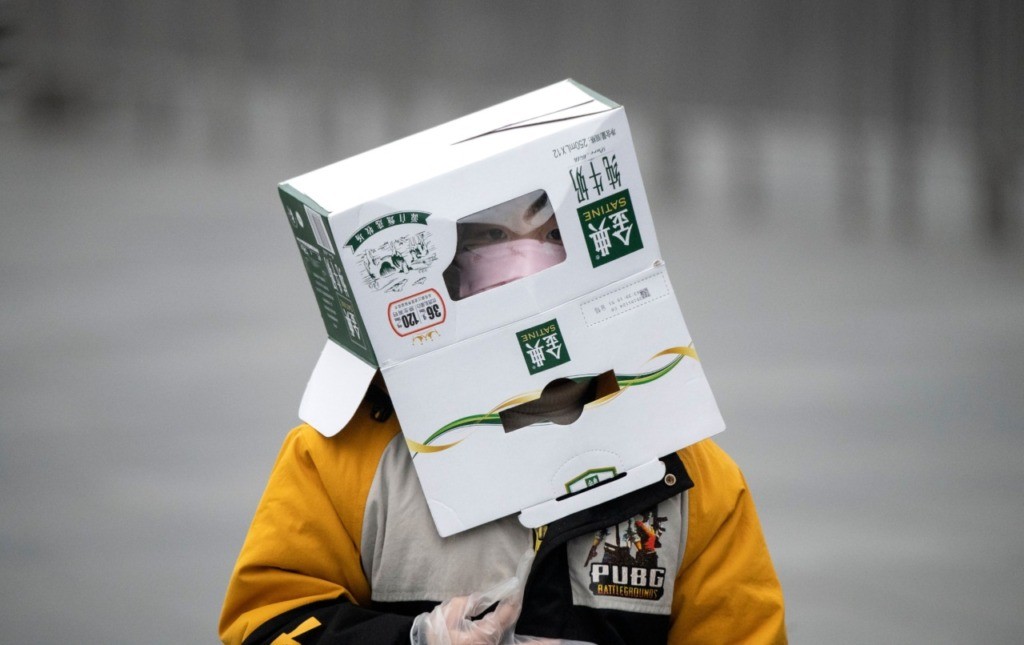 A boy wears a cardboard box on his head at the Shanghai Railway station in Shanghai. The number of deaths and new cases from China’s COVID-19 coronavirus outbreak spiked dramatically on February 13 after authorities changed the way they count infections in a move likely to fuel speculation the severity of the outbreak has been under-reported. (NOEL CELIS/AFP via Getty Images)

His assessment came as global concern remained high about the spread of the virus, which first emerged in China’s central Hubei province in December, with the first death outside Asia reported in France this weekend.

The death toll jumped to 1,665 in mainland China on Sunday after 142 more people died from the virus. More than 68,000 people have now been infected — but the number of new cases of the COVID-19 strain continued to decline.

Despite those numbers, Tedros said WHO is encouraged there has not yet been widespread transmission outside China and “the steps China has taken to contain the outbreak at its source appear to have bought the world time.”

“We’re encouraged that an international team of experts is now on the ground working closely with Chinese counterparts to understand the outbreak,” Tedros told the Munich Security Conference.

On January 28 Tedros made a similar announcement praising China, expressing confidence in the measures it had taken to control the spread of the contagion, as Breitbart News reported.

China’s government has since suspended most access to Wuhan, the city at the center of the outbreak. Restrictions have expanded to cities with a total of 60 million people in the broadest anti-disease measures ever imposed. Restaurants, shops and other businesses nationwide were ordered to close.

The Lunar New Year holiday was extended to keep factories and offices closed, but now officials have been ordered to revive business activity as economic losses mount. 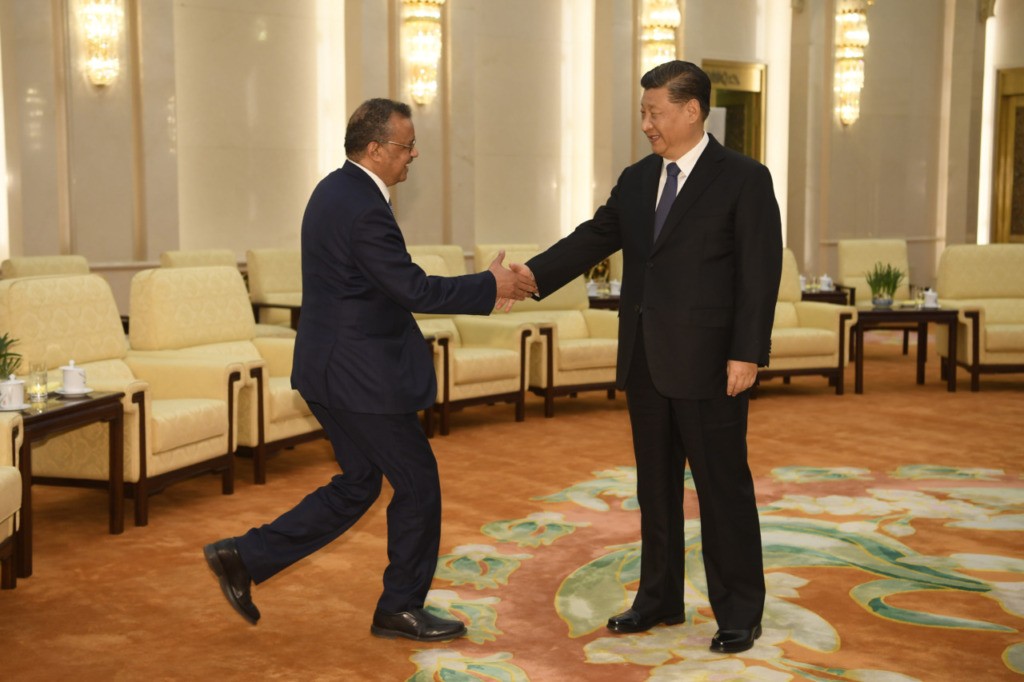 Tedros Adhanom Ghebreyesus, chief of the World Health Organization, (L) shakes hands with Chinese President Xi Jinping before a meeting at the Great Hall of the People, on January 28, 2020 in Beijing, China. (Naohiko Hatta – Pool/Getty Images)

On Sunday, a host of new reprimands were made against officials in the virus-hit province, including the deputy governor of Qichun county who “cut corners and worked around the centralised quarantine order,” according to Hubei authorities.

Five other party officials from across Hubei were given warnings for offences such as not preventing mass gatherings in their areas.

China’s central bank said it will also disinfect banknotes with ultraviolet light or high temperatures and store them for up to 14 days before they are put back into circulation.

Last week the WHO appealed for $675 million in special, one-off funding to deliver two months worth of direct aid to China and international agencies working to counter the epidemic.

AFP, AP contributed to this story